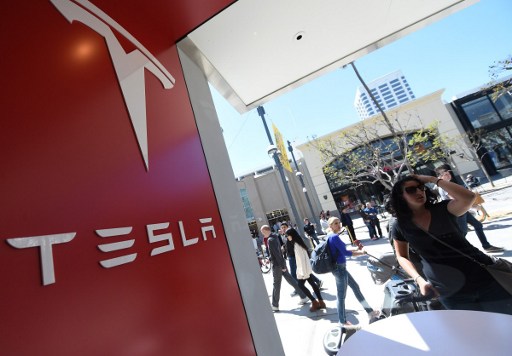 File: esla removed the word "autopilot" and a Chinese term for "self-driving" from its China website after a driver in Beijing who crashed in "autopilot" mode complained that the car maker overplayed the function's capability and misled buyers.

The station, with 42 specially designed charging points, will be situated in Rygge, some 65 km south of Oslo, by the European route E6.

Owners of other electric car types will be able to use other three charging points close to the Tesla station, NRK reported.

“We invest a lot in building the charging network, so that it is easy to go for a long trip with our cars. We are looking forward to opening this station in Rygge,” said Even Sandvold Roland, communications manager of Tesla Norway.

In Norway, the company currently has its largest fast-charging station with 20 stalls at Nebbenes, some 60 km northeast of Oslo, also by the E6.

According to the statistics of the the Norwegian Electric Vehicle Association, Tesla’s electric cars accounted for less than 15 percent of all electric cars in Norway in the first half of 2017.

The association says charging points need to be tripled along Norwegian roads over the next three years. The goal is to have charging points every 50th kilometer along the main road network, NRK wrote.

“In Norway there is a huge interest in and increasing knowledge about electric cars, and more and more choose it as their main car. It is thus important to have a good infrastructure, for example for a long trip,” Roland said.

“We build charging stations along important travel routes and important destinations, making it easy to go for a long trip,” Roland added.