Uber shows off its vision for future 'flying taxi' 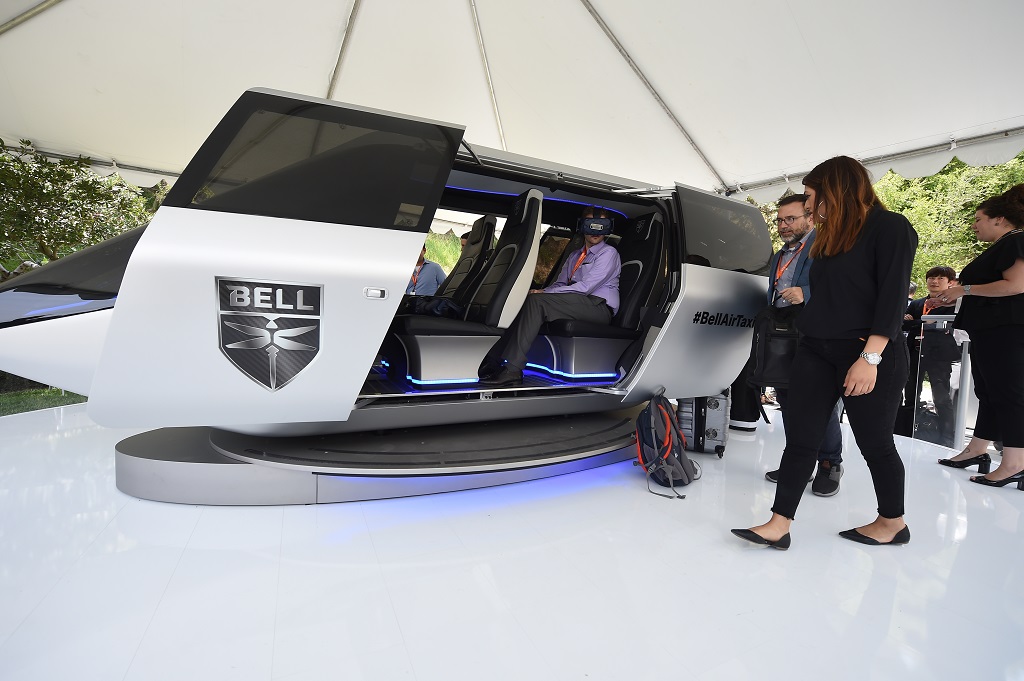 An attendee wearing VR glasses sits in a full-sized model of an unnamed air taxi cabin concept at the second annual Uber Elevate Summit, on 8 May 2018 in in Los Angeles, California.

LOS ANGELES - It&39;s not a bird, nor a plane. But Uber&39;s new prototype vehicle unveiled on Tuesday shows off its vision of the future of transportation - a "flying taxi" that aims to alleviate urban congestion.

A model of Uber&39;s electric vertical take-off and landing vehicle concept (eVTOL) - a cross between a helicopter and a drone - was displayed at the second annual Uber Elevate Summit in Los Angeles.

Goel said the all-electric flyer can achieve speeds over 300 kilometers an hour with a range of 100 kilometers on a battery charge.

"We fly a lot so we can prove to the FAA (Federal Aviation Administration) and the public that these aircraft are safe," he said.

Uber has become a global force in transportation with its ridesharing service, but is also working on autonomous vehicles and other forms of transport.

Uber plans the first demonstration flights for Los Angeles in 2020 and commercialisation of the flying taxis in 2023, saying these could be ordered on demand just like a ridesharing vehicle.

Eric Allison, who heads Uber&39;s Aviation programmes, said the flying vehicles are part of an overall strategy allowing people to do without personal cars.

"The rational choice for transportation will be less and less to own and drive a car," Allison said.

"We want to price it so low, it&39;ll be irrational to drive your car."

The first flying taxis will be designed with a pilot, according to Allision, but over time can be developed as autonomous vehicles.

At the conference at the Skirball Centre in Los Angeles, Uber showed films and models of a futuristic city with such vehicles, seemingly inspired by the film Blade Runner.

The concept includes "skyports" that would serve as hubs for the aerotaxis.

Several other companies along with Uber are trying to develop similar kinds of aerial devices.

Uber operations director Jeff Holen says the obstacles to the new transport mode are mostly around regulations of air space, adding, "The technology exists... we can solve this today."