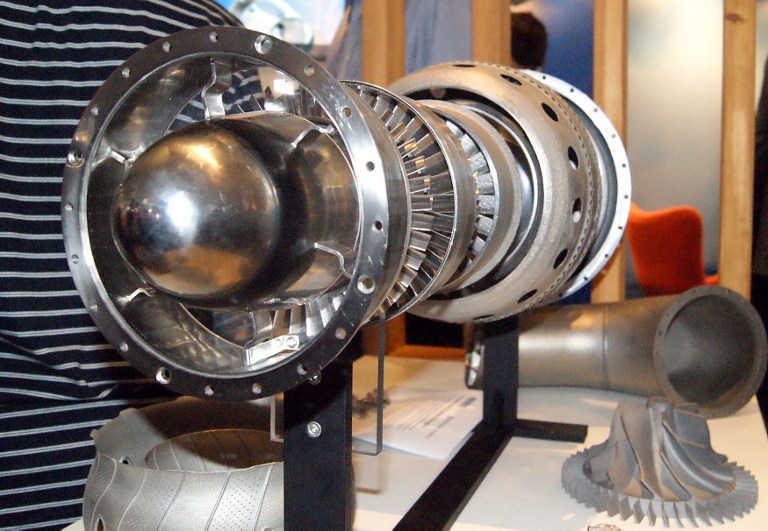 A 3D printed jet engine is displayed at the Avalon Airshow in Melbourne. Australian researchers said, on February 26, 2015, that they have created two jet engines using 3D printing. parking the interest of major manufacturers and engineering firms.

In a report on the importance of vanguard innovation on economic growth, the World Intellectual Property Organization (WIPO) said nearly all patents within the cutting-edge areas of 3D printing, robotics and nanotechnology were held by a handful of countries.

"We need to reinforce the environments that give rise to the breakthrough technologies of tomorrow," said WIPO director Francis Gurry.

The UN agency pointed out that in the past, game-changing inventions like airplanes, antibiotics and semiconductors created booming industries and became "the root of long-lasting expansions in economic output".

In the same way, 3D printing for instance, with its ability to "print" anything from guns to cars, prosthetics and works of art, is predicted to transform our lives in coming decades as dramatically as the Internet did before it.

The same goes for robotics, used in a wide range of fields, for instance replacing humans in dangerous environments or manufacturing processes, or to create prosthetics, and nanotechnology, the creation of systems and objects on atomic and molecular scale.

The WIPO report found that only six countries, Japan, the United States, Germany, France, Britain and South Korea have since 1995 filed more than 75 percent of all patents in the three areas.

China meanwhile appears to be catching up. When counting just since 2005, the country has been responsible for more than a quarter of patents worldwide in the areas of 3D printing and robotics, and almost 15 percent of nanotechnology filings.

US companies meanwhile collectively top the list of nanotechnology patents, even though Samsung is single-handedly the top patent filer in the field.

US entities also file for most 3D printing patents, with 3D Systems and Stratasys topping the list, and with General Electric and United Technologies among the top 10.