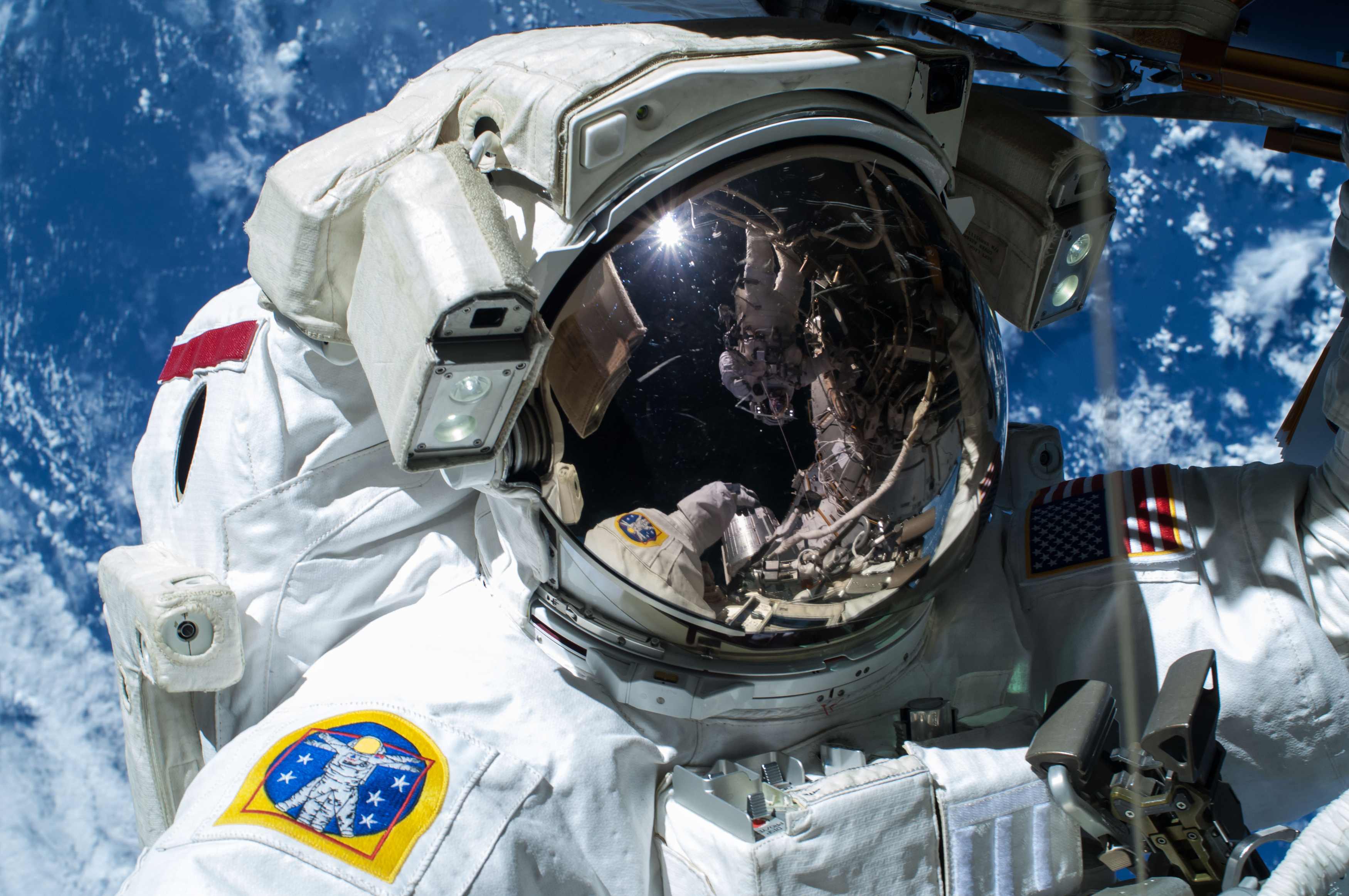 NASA astronaut Barry "Butch" Wilmore, Commander of Expedition 42 is caught by the camera as the Earth's surface passes by in the background on the International Space Station, in this handout photo taken February 21, 2015.

MIAMI - With more private spaceship traffic expected at the International Space Station in the coming years, two US astronauts are  to embark on a spacewalk on Friday to install a special parking spot for them.

The docking adapter was robotically moved from @SpaceX Dragon last night to get ready for tomorrow&39;s spacewalk.https://t.co/e7fFUlyeDi

NASA describes the equipment as "a metaphorical gateway to a future" that will allow a new generation of US spacecraft -- the first since the space shuttle programme ended in 2011 -- to carry astronauts to the space station.

Set your alarm! 2 astronauts will perform a spacewalk tomorrow. Watch starting at 6:30am ET https://t.co/AbGYg6kenq pic.twitter.com/SC7oTKTZeP

The docking adaptor will be the first of two such additions to the space station. The second is expected to be shipped in 2018.

Built by Boeing, the circular adaptor measures about a metre high and about 1.6 metres wide.

The adaptors will work with Boeing&39;s CST-100 Starliner and SpaceX&39;s Crew Dragon, two spaceships under construction that are planned to ferry astronauts to the space station.

The docking adaptor is more sophisticated than past equipment because it will allow automatic parking instead of the current grapple and berthing process managed by astronauts.

It also has fittings that will enable the space station to share power and data with the spacecraft.

The spacewalk is set to start at 8:05 am (1205 GMT) with veteran NASA astronaut Williams emerging from the space station airlock on his fourth career spacewalk.

Flight engineer Rubins will be making her first venture outside the ISS.

But the work will hardly be brand new for her. She has already practised the necessary manoeuvres, including mating the cables, in NASA&39;s neutral buoyancy laboratory in Houston.

A series of spacewalks last year have helped prepare the groundwork for the adaptor&39;s arrival.

The space station&39;s robotic arm pulled the docking adaptor from the trunk of the SpaceX Dragon cargo ship on Wednesday, placing it centimetres from the station&39;s Harmony module, where it will be installed.

Once the spacewalkers -- also known as extravehicular (EV) crew -- are outside the space station, an extension of the Canadarm2 robotic arm, called the "Dextre" Special Purpose Dexterous Manipulator (SPDM), will push the bulky adaptor even closer to its installation point.

The plan is for the robotic manipulator to push the adaptor into place so the astronauts will have only to tether it.

The operation will remain delicate, however, because the SPDM is highly sensitive to external pressure, lead spacewalk officer Glenda Brown said.

"This is the first time that the EV crew members have actually taken a handoff from the SPDM," she told a news conference this week.

"We have to be very careful about putting loads into the SPDM.

"In space, it has a lot of capability, but on the ground it can barely support its own weight."

NASA is planning a second spacewalk on 1 September for a separate operation to retract one of the thermal radiators outside the space station.

Astronauts unsuccessfully tried to push it back into position last year, Todd said.

"We will go back here in a couple of weeks and restow that guy for its final time."

However, a problem with an American spacesuit that appeared to allow water to build up inside an astronaut&39;s helmet in January has been resolved, he added.

Tests on the suit back on Earth showed an apparent flaw in a piece of hardware called a sublimator, which manages condensation in the suit&39;s heating and cooling loops.

Although it worked well in simulation tests, a blockage in a secondary set of holes might still react differently in zero gravity, Todd said.

The issue was not as severe as a spacesuit breakdown in 2013 that flooded Italian astronaut Luca Parmitano&39;s helmet, forcing him to end his spacewalk early, he added.

NASA has been using the same spacesuits for some 30 years, continuing to study what makes them work and fail, Todd said.

"We are still learning how to use this suit and how to care for them in a zero-gravity environment -- and it is not the same as what we do on the ground."