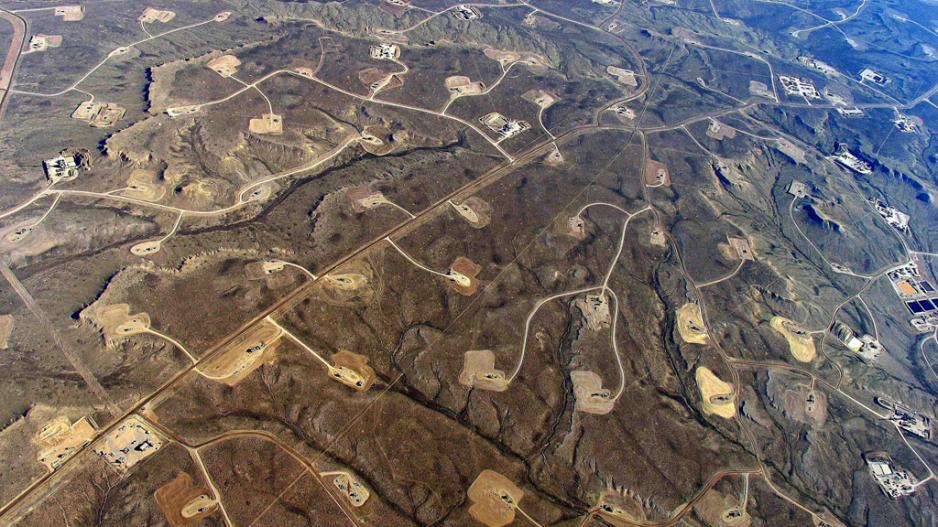 In areas where shale-drilling/hydraulic fracturing is heavy, a dense web of roads, pipelines and well pads turn continuous forests and grasslands into fragmented islands.

Fracking has altered the global geopolitics of energy – probably for the better. North America is nearly independent of imported oil and is starting to export gas. It is therefore no surprise that the costs, benefits and risks are being hotly debated in South Africa.

Less than five years ago there was talk that the US had hit peak oil. This meant that it would soon be so beholden to the Middle East for oil that the US dollar would plummet in value because the US balance of trade would be so adverse.

As a consequence of oil and gas production from fracking, the US now has almost enough oil to be fully fuel independent. Other local energy supplies, such as coal, have also been replaced. There are a number of examples in the US where this has happened. About 60GW of coal-fired generation will be closed by 2020.

But the process of fracturing rock by hydraulic pressure to uncover oil or gas carries risks. There are many fears about what could go wrong in fracking. Because of its high-pressure operations, the biggest fears relate to leaks and the consequences of leaks.

Does fracking present a potential solution to South Africa’s energy crisis? Or are the risks too high?

About 75% of South Africa’s energy supply comes from coal. This is very high and only a few countries in the world are this heavily dependent on coal. At present 94% of South Africa’s energy needs come from coal and oil. One-fifth of the country’s energy needs are met by oil. And gas makes up less than 1% of its needs. Renewable energy is starting to make a contribution, with the Department of Energy focusing on biomass, wind and solar energy.

Potential problems and some answers

In North America more than one million holes have been hydraulically stimulated, the technical term for fracking. There is only one documented case of a leak of fracking fluids. This happened when the drillers tried to pressurise a hole unaware of the existence of another hole close-by. They spotted their own fluid coming up from the ground and immediately stopped operations. The leak had minimal impact.

Fugitive emissions from fracking operations are also a cause for concern because they could contribute to global warming. Methane has 25 times greater greenhouse effect than carbon dioxide.

But evidence shows that there is less than 1% of the production of gas from fracking in the US. The impact is considered to be small. In the US about 100 times the quantity of gas is lost naturally from wetlands.

There is also the problem of what to do with the water that is ejected when the gas or oil starts to flow. It contains chemicals, sand and mud from the drilling. In the US waste water is being treated using normal water purification techniques. It can be treated by normal water purification techniques, and cheaply restored to agricultural level. However, producing drinkable water is more expensive.

There are also fears about the toxicity of the chemicals used in fracking. These arose because at the outset of the industry the composition of the additives was a closely held secret. However, additives are now the subject of commercial supply and sellers disclose the composition. Recently, the US Environmental Protection Agency has passed legislation requiring full disclosure.

Fracking does cause environmental damage. The Environmental Protection Agency has recently released a report on fracking and its impact on water. It is open for public comment and peer-review. There have been illegal discharges into streams and municipal sewerage works. But most has been the result of poor handling of water expelled from the well.

In North America a lot of fracking has been done by small companies, known as wildcatters, that engage in speculative drilling. They are reluctant to spend much on cleaning up the water. Gas majors, such as Shell and BP, are very concerned about their reputation and have, in general, been much more responsible in their handling of the waste water.

What’s needed to make it safe

The primary problem is clearly how to deal with the waste water.

There are mitigating factors. South Africa has excellent water legislation and a reasonable level of enforcement. The Department of Water Affairs has more than 900 environmental inspectors. Also, potential drillers are mainly large corporations who are well aware of the risks to their reputation if they are environmentally irresponsible.

The environmental impact caused by shale gas production is a tiny fraction of that caused by coal mining. The volume of the earth’s crust disturbed by a hole 15cm in diameter and 5km long is tiny in comparison to the 3km x 5km x 120m excavation of South Africa’s only open cast coal mine.

The geological location of a well determines how much water is used. In some parts of the US, each hole has needed about six Olympic size swimming pools of water.

In the Karoo, a semi-arid region of South Africa, that is extravagant unless alternative supplies of water are found. A survey of deep groundwater has shown a huge lake more than 2km below surface between the Outeniqua mountains and the Little Karoo.

Accessing this water could benefit the region once the holes have been fracked. Reaching this water will require far deeper holes than is normally economical, and will need exactly the same sophisticated type of drills that will be needed for fracking. It is not certain at this stage how good the water quality will prove to be.

A final fear is that drilling is a noisy business because it needs heavy equipment. But technology has evolved to the point where a well can be brought into production in under two months. In addition, long horizontal runs have been developed making it possible for individual wells to be several kilometres apart.

Hurdles before production can commence

The North American example shows that this technology can be immensely profitable for country’s economies. Cheap gas creates many opportunities for new businesses, for large corporates and potentially for communities.

The first hurdle to replicating this success in South Africa is that, while there is every indication that gas is present, it is unknown if it can be produced economically. It will take several years to drill and hydraulically stimulate a number of wells and begin to understand what will take to make the gas flow.

The second hurdle is how to distribute the gas once it is available. That will involve treating the gas to ensure it is of a quality fit for distribution, and then setting up a network of pipes to carry the gas to customers.

New power stations will be the key drivers for developing a gas distribution network. This will lead to the creation of many other small industries that can use the clean source of heat which gas can provide. In one unpublished study, the arrival of gas stimulated around 300 small businesses and created more than 3000 jobs in the eThekweni municipality in Durban, in Kwazulu-Natal.

Fracking has identifiable but manageable risks, and has the potential to solve many of the continent’s power problems. It is also able to create many jobs – not in production, but in using the gas that fracking could bring. It might also transform the economy as it has in North America.

Philip Lloyd is Research Professor of Energy at Cape Peninsula University of Technology.