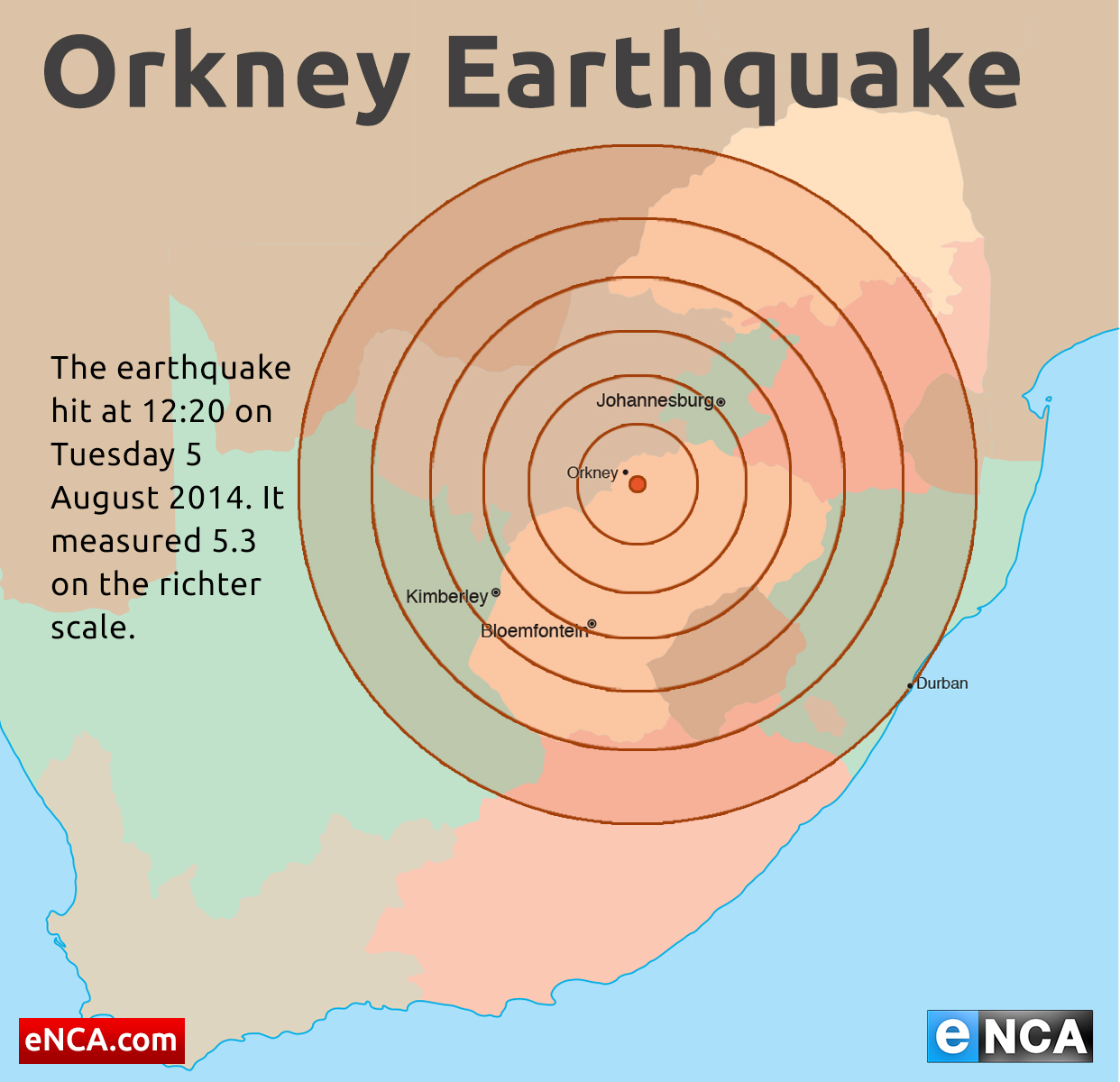 Graphic showing the epicentre of the magnitude 5.3 earthquake which struck Orkney in the North West, South Africa, at 12:20 CAT on Tuesday, August 5, 2014.

Editor&39;s note: this article has been updated to reflect that the tremor has been classified an earthquake.

JOHANNESBURG - An earthquake -- originally thought to be just a tremor -- was felt across most parts of South Africa early on Tuesday afternoon.

It was reportedly also felt in Mozambique and Botswana.

According to the US Geological Survey website it measured 5.3 on the Richter scale and happened 6km east of Orkney in the North West province.

South Africans immediately took to Twitter to express their alarm.

Did you feel the earth move? Tell us about it in the comments section below.