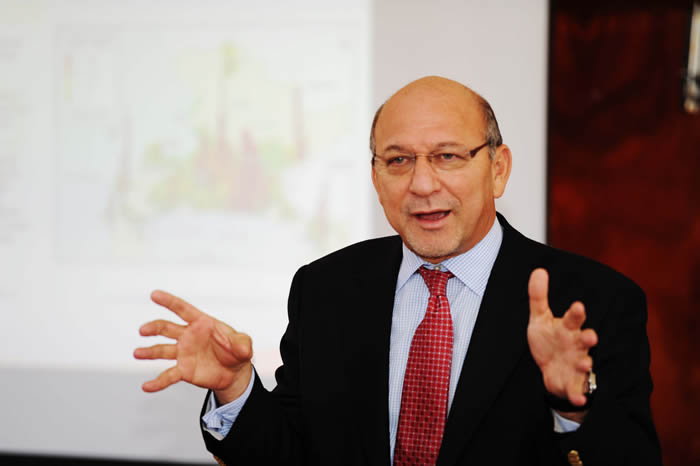 JOHANNESURG - Trevor Manuel has joined Rothschild Group as a senior advisor to the financial advisory firm, which operates in 40 countries, and as it&39;s deputy chairman in South Africa.

According to a statement from the group, Manuel will be based at Rothschild’s Johannesburg office.

He is expected to work closely with the South African team and to develop the group’s work on the rest of the African continent.

David de Rothschild, chairman of the Rothschild Group, said in a statement: “It is with great pleasure that I welcome Trevor Manuel to Rothschild. His stewardship of the South African economy under successive Presidents and his variety of roles in various global multilateral institutions puts him in a rarefied peer group. His addition to the firm will be invaluable to our clients as they develop strategies to expand their businesses in Africa and beyond.”

The statement chronicles Manuel’s illustrious career in public service. Manuel was most recently Minister in the Presidency responsible for the National Planning Commission. He retired from public office earlier this year, having served 20 years in senior government positions in democratic South Africa. In 1994, Nelson Mandela appointed him as Minister of Trade and Industry in the country’s first democratic cabinet. From 1996 to 2009, Manuel served as Minister of Finance under Presidents Nelson Mandela, Thabo Mbeki and Kgalema Motlanthe.

Director and Chairman of the Board of Rothschild in South Africa, Professor Wiseman Nkuhlu, said: “Trevor Manuel’s impressive time as Finance Minister not only won wide respect from the markets, it also created one of the most highly respected fiscal regimes and legacies in the world. His knowledge and experience, combined with Rothschild’s advisory expertise will position us to take advantage of a growing appetite from African companies and governments to develop their businesses and access capital markets.

Manuel said: “I am very much looking forward to assisting Professor Nkuhlu, Martin Kingston and the rest of the team in developing the Rothschild franchise in Africa.  It is an exciting step and a particular pleasure to work alongside the group and its other senior advisers.”

Rothschild is currently ranked as the top financial advisor in South Africa by Thomson Reuters, providing advice to corporations, governments, institutions and individuals.