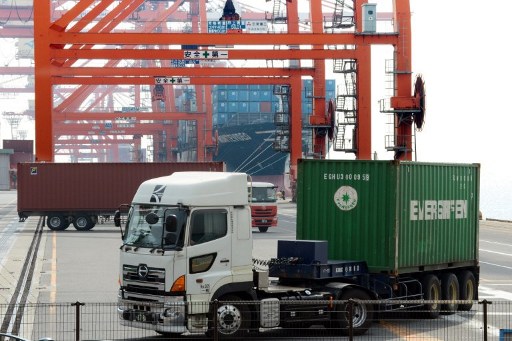 (FILE) Nexco East, an expressway operator, imports wolf urine from the United States to spray on the highways it operates in Hokkaido, the northernmost of Japan's four main islands.

JOHANNESBURG – Close on the heels of the Hawks announcement that they have bust a bogus cop syndicate linked to truck hijackings, the Road Freight Association (RFA) has told how truck hijackers are upping their game.

“It’s difficult to say whether or not truck hijackings are on the increase because we haven’t been recording the information for all that long,” said Gavin Kelly, spokesman for the RFA, which has been hard at work collecting information on truck hijackings.

The Hawks on Wednesday shot dead two alleged hijackers and arrested another three – all of them in a cloned police car and some in police uniforms – believed to be linked to truck hijackings.

“We cannot say what is happening at the moment because we cannot compare that far back. We will probably only have a proper picture in the next few months,” Kelly said, explaining that truck hijackings had come up as a problem crime that was being addressed by his organization.

“We have made some great successes. We’ve recovered a couple of marked cars, but we know there are more out there because of some weird incidents reported involving what appear to be cop cars or metro cars. So we are not sure if we’re making headway or just scraping the tip of the iceburg,” Kelly said.

He said the RFA had set up a hotline for the reporting of truck hijackings, and although the raw data showed an increase in incidents, this could also be a result of increased reporting and proper data collection.

Kelly said while there was no typical modus operandi used by truck hijackers, the bogus police and traffic cops tend to target victims either by stopping them at fake road blocks or speed traps and questioning them on where they were going and what cargo they were carrying, or by pulling them over while they were on the road.

“Once they decide they either want the truck or the contents, they just pull out a gun, push the driver out and drive off,” Kelly said.

“Obviously the first one is less sophisticated and easier to catch because once a truck disappears off the system you immediately know there’s something fishy,” Kelly said.

He said as investigators and police got better at apprehending hijackers, so the criminals were improving their technology and stepping up their tactics.

“As we get better at stopping them, the worry is that they will turn violent and start turning on the drivers,” Kelly said.

Just like car hijackers, truck hijackers target specific vehicles and cargo that they know they can sell off fast.