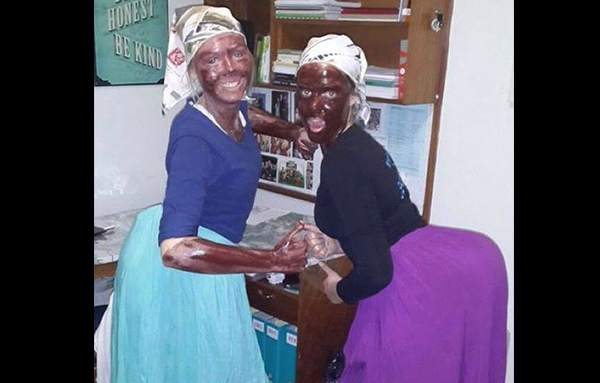 Pretoria - Two Tuks students are facing disciplinary action after pictures of them dressed up with black faces emerged on social media.

PRETORIA – The University of Pretoria (UP) says it will not tolerate any form of discrimination and/or racist behaviour by any of its staff or students, after a picture of two of its students smeared in brown paint emerged, causing a stir on social media.

The picture, which is doing the rounds on twitter as blackface, shows two white girls posing and smiling while covered in brown paint and dressed as domestic workers.

The university released a statement saying, “We launched an investigation yesterday morning, when we became aware of the photographs.”

UP has brought action against the students for bringing the name of the university into disrepute, and says disciplinary steps will be taken against them.

This is not the first time UP has made headlines related to racism. In 2012, the varsity’s Kiaat Residence advertised a post for a cleaner with a tag line reading “Candidates have to be black.”

This also caused a stir on social media and it is not clear what happened to those who were responsible.

RT @simphiwedana: In the year 2014, South Africa seriously debating if blackface is racist and offensive or not. I&39;m defeated.

Blackface. This is why I loathe our country sometimes. Take that sentence to mean anything you want. We already do that with other things

This blackface thing... Michael Jackson portrayed the same thing for his entire life but was never convicted!

Has Leon Schuster ever been called out on blackface or asked to comment on it?