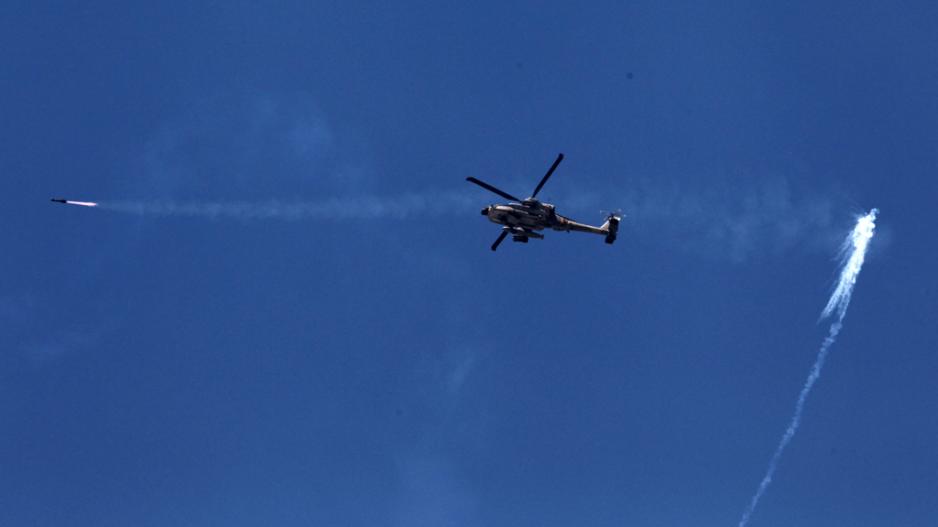 An Israeli army helicopter fires a missile into the Gaza Strip, flying along the border inside southern Israel, during heavy fighting 20 July 2014. Smoke at right is the helicopter dropping anti-missile flares.

More than 400 Palestinians, most of them civilians, have been killed in the Gaza Strip since July 8 as Israel presses its biggest offensive in the coastal strip in five years.

Talks between Ban, Sisi and other senior officials will "focus on the deteriorating situation in Gaza and the Egyptian initiative for a ceasefire," the Egyptian foreign ministry said.

Egypt, which has been a mediator in previous Israel-Hamas conflicts, had proposed a halt to the fighting but Hamas rejected the initiative saying it had not been consulted. Israel initially accepted Cairo&39;s plan.

Hamas has laid out a set of conditions, including the lifting of Israel&39;s eight-year blockade on Gaza, the opening of the Rafah border crossing with Egypt and the release of scores of prisoners Israel re-arrested in recent weeks.

Hamas also wants its Turkish and Qatari allies to be involved in any truce negotiations.

After Hamas rejected the Cairo plan, Israel intensified its assault on Gaza and on Thursday launched a ground offensive to stamp out militant rocket attacks.

Ban&39;s visit to Egypt is part of a regional tour to express "solidarity" with Israelis and Palestinians, his office said.

The UN chief plans to act "in coordination with regional and international actors, to end the violence and find a way forward," the statement said.

In an "effort to encourage a durable ceasefire," Ban will travel to Doha, then proceed to Kuwait City, Cairo, Jerusalem, Ramallah and Amman, it added.

Hamas chief Khaled Meshaal is also due to meet Palestinian president Mahmud Abbas in Qatar on Sunday to discuss the Egyptian initiative.

Hamas also said it has received an invitation to Cairo for ceasefire talks.

Relations between Egypt and Hamas have hit an all time low since the military ousted Islamist president Mohamed Morsi last year and outlawed his Moslem Brotherhood, a key Hamas ally.