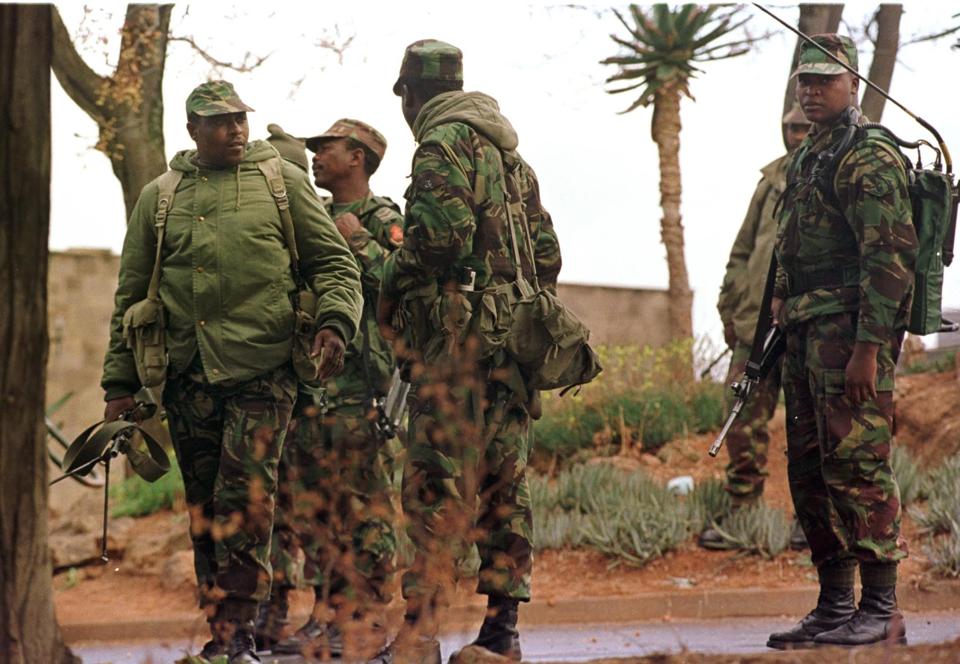 File: Photo of members of the Lesotho military, which seized control of the tiny African kingdom's police headquarters and jammed radio stations and phones in the early hours Saturday, a government minister and member of the ruling coalition says.

MASERU - There&39;s still a heavy police presence in Lesotho after military units surrounded government and police buildings in an attempted coup in Lesotho on Saturday.

"Military police have surrounded State House and there are reports of gunfire," said one diplomat from the capital, Maseru, who asked not to be named said earlier.

It is still not clear on the whereabouts Prime Minister Thomas Thabane.

The unrest comes a day after police banned an anti-government protest that was planned for Monday. Opposition groups went to court to challenge decision to stop protest march

There&39;s been tensions in Lesotho since the closure of parliament 11 months ago.

Lesotho&39;s coalition partners have been complaining and say they had not been consulted about Parliament&39;s closure.

Speculation is rife that police were going to provide arms to the military wing of the ruling party, to quell any uprising.

The International Relations Department is yet to comment on the situation.