Russian activity dangerous and provocative: US 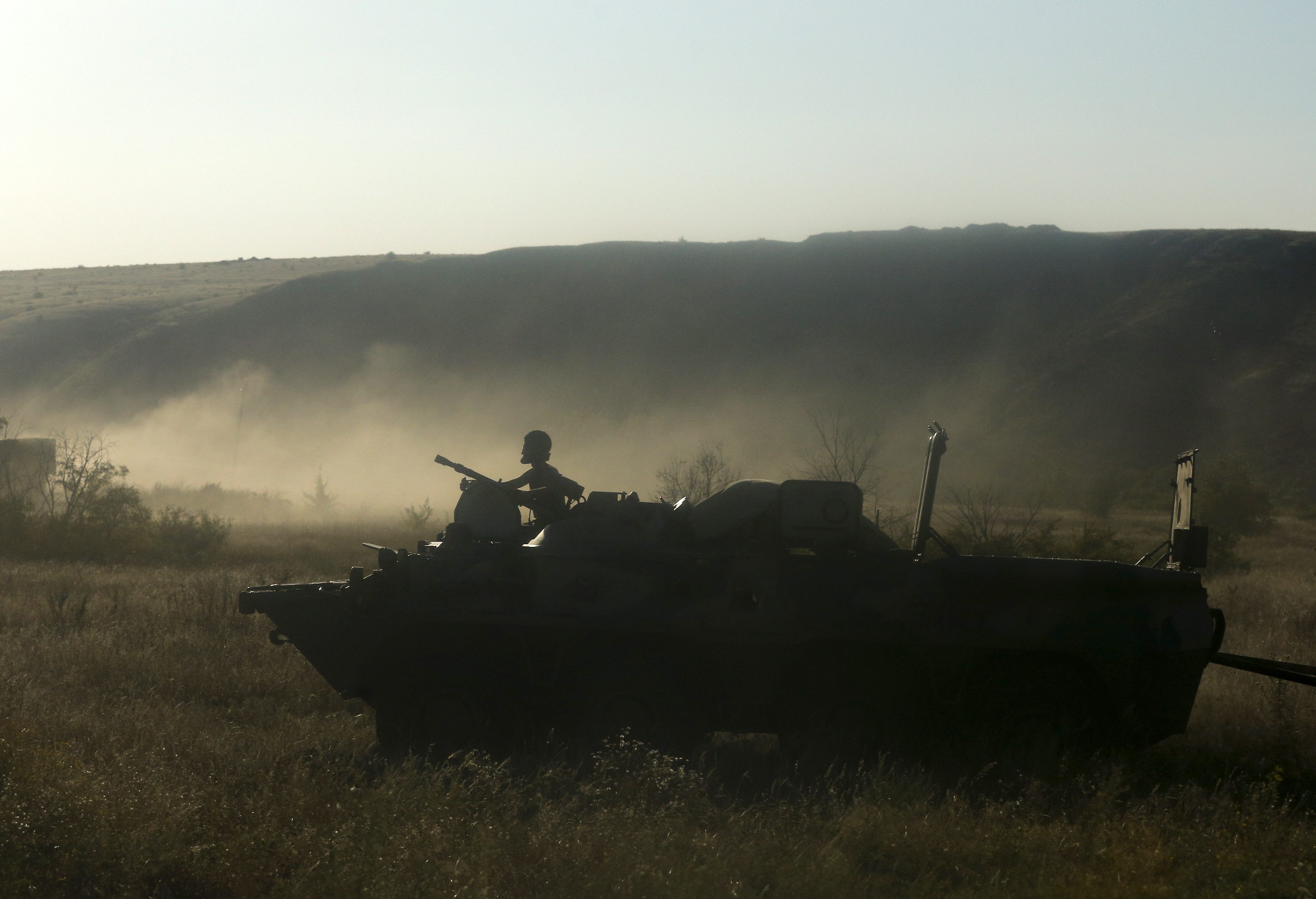 A Russian serviceman rides atop an armoured personnel carrier (APC) through a field outside Kamensk-Shakhtinsky, Rostov Region, August 15, 2014.

KIEV - Washington on Friday urged Moscow to stop its "extremely dangerous and provocative" activities after Ukraine said it had destroyed part of a Russian military convoy that entered its territory.

US National Security Council spokeswoman Caitlin Hayden warned that "the escalation in Russian activity designed to destabilise Ukraine in recent weeks is "extremely dangerous and provocative".

NATO accused Russia of active involvement in the "destabilisation" of eastern Ukraine, where pro-Kremlin separatists have been fighting against Kiev for four months.

Ukrainian President Petro Poroshenko told British Prime Minister David Cameron that government artillery had destroyed a "considerable part" of a small military convoy that entered the country, the presidency said in a statement.

Moscow&39;s defence ministry dismissed the alleged military column as a "phantom", its latest denial of Western accusations that it is funnelling weapons to the pro-Russia separatists who launched an insurgency against Kiev in April.

Adding to the diplomatic pressure on Moscow, the European Union demanded that Russia "put an immediate stop to any form of border hostilities, in particular to the flow of arms, military advisers and armed personnel into the conflict region, and to withdraw its forces from the border".

German Chancellor Angela Merkel voiced that view in a phone call on Friday with Russian President Vladimir Putin, while French President Francois Hollande called on Moscow to respect Ukraine&39;s territorial integrity and for both sides to try to de-escalate the "very high tensions."

Kiev and Moscow have been wrangling for days over a larger Russian convoy that Moscow says is carrying humanitarian aid for besieged rebel-held cities but which Kiev suspects could be a "Trojan horse" to provide military help to the insurgents.

However Russian Defence Minister Sergei Shoigu "guaranteed" his US counterpart Chuck Hagel that there were "no Russian military personnel involved in the humanitarian convoy, nor was the convoy to be used as a pretext to further intervene in Ukraine", the Pentagon said.

Russian officials tried to prove that by showing off the contents of 10 lorries with baby formula, rations and bottled water to journalists.

In Washington, Hayden insisted that "Russia has no right to send vehicles, persons, or cargo of any kind into Ukraine, under any pretext, without the government of Ukraine&39;s permission".

NATO chief Anders Fogh Rasmussen backed reports of the "Russian incursion" after British media said it had seen the column of some 20 military vehicles cross the border on Thursday.

"It just confirms the fact that we see a continued flow of weapons and fighters from Russia into the eastern Ukraine," he said.

As the fallout snowballed, Ukraine&39;s foreign minister announced he would meet his Russian counterpart Sergei Lavrov in Berlin on Sunday for talks alongside the top diplomats from France and Germany.

"Be it a square table or a round one, we need to talk," minister Pavlo Klimkin wrote on Twitter.

Russia&39;s foreign ministry ominously accused Ukraine of "attempts to derail the supply of humanitarian aid" as doubts swirled over what would happen next to almost 300 Russian trucks parked up some 30 kilometres (20 miles) from Ukraine&39;s border.

Moscow accused Kiev of stepping up military operations in eastern Ukraine with the "obvious goal" of blocking the agreed route.

It had appeared earlier that the two countries might reach a deal to allow the convoy into Ukraine to help people in the east who are without water, food or power.

However the International Committee of the Red Cross said they were still ironing out details over the shipment.

The head of the self-proclaimed Donetsk People&39;s Republic, Alexander Zakharchenko, said on Friday that the inhabitants were in "a very bad humanitarian situation" and desperately needed Russian aid.

"We just need it like air," he said, accusing Kiev of deliberately stalling its arrival.

Ukraine fears the convoy could be used as a pretext to invade, as a pro-Moscow rebellion shows signs of unravelling after four months of fighting that has left more than 2,000 people dead including children and sent around 285,000 fleeing their homes.

Meanwhile Ukraine said it was forging on with an offensive that has sent rebel forces reeling, retaking three small towns overnight.

Top rebel military chief Igor Strelkov and another key commander announced on Thursday they were quitting after Ukraine&39;s military said it had completely surrounded Lugansk, cutting all links to the border with Russia.

An AFP journalist in the main rebel-held city of Donetsk in the industrial heartland of eastern Ukraine heard sporadic shelling from a suburb and saw rebels driving howitzer artillery into the city centre.

The death toll continues to climb, with mortar fire in Donetsk killing 11 civilians over the past 24 hours, local authorities said. Five soldiers were also killed in fighting over the same period.

As the Russian aid sat at the border, Ukrainian officials said their own aid convoys - some 75 lorries with 800 tonnes of supplies - had arrived at a government-held town about 100 kilometres north of Lugansk.