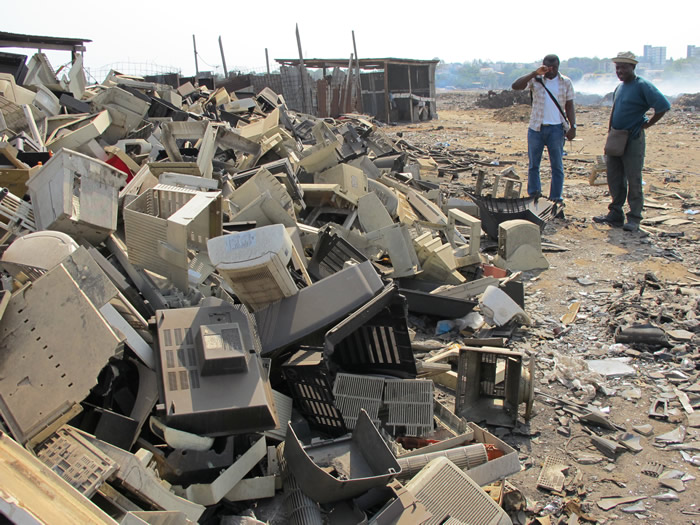 Electrical and electronic equipment and appliances have introduced a new form of garbage in most modern societies.

We now live in a world where these items have become part of our lives in many different ways.

Right now you are most probably reading this article on one form of electronic gadget or the other. But have you ever taken a moment to think about the lifespan of your much-loved device and what happens to it when it finally gives up the ghost?

Your one gadget might not seem like a big problem but think of Samsung which is sitting with millions of its recalled Galaxy Note 7 devices. Or think of this fact: globally we have produced 6.4 million tonnes, and still counting, of electrical and electronic waste (e-waste) since the start of 2017. And that is according to The World Counts, a website keeping a live tally of global e-waste.

All forms of e-waste not only pose an environmental problem but possess a potential threat to human and other life forms. E-waste typically contains toxic chemicals that include mercury, lead, beryllium, cadmium, arsenic and other heavy metals. These usually get released into the environment by e-waste scavengers who pick or buy defunct electronic equipment to break them down for parts or scrap metal.

A recent United Nations report notes that Asia alone has seen e-waste rising by 63% in five years and the international organisation calls for the need to improve methods of recycling and disposal of e-waste.

South Africa is fortunate to have in place good legislation on waste handling and disposal. The Waste Act regulates and controls the management of all waste including e-waste. This law ensures that the government can keep track on the waste volumes and waste types (including e-waste) handled, recycled and disposed of by the South African waste management industry.

Global e-waste recycling rates are estimated at about 16% and  South Africa seems not to be lagging too far behind.

According to the chairman of e-Waste Association of South Africa (eWASA), Keith Anderson, South Africa generates about 6.2 kg of e-waste per inhabitant annually. On the other hand the African continent generates a total of 1.9 million tons of e-waste and of that 12% is recycled with the balance going to landfills or is exported.

The e-Waste Association of South Africa (eWASA) was established in 2008 to manage the establishment of a sustainable environmentally sound e-waste management system for the country.

Since then the non-profit organisation has been working with manufactures, vendors and distributors of electronic and electrical goods and e-waste handlers (including refurbishers, dismantlers and recyclers) to manage e-waste effectively.

Now, while eWASA is fulfilling its mission and vision, you too can do your part for the environment by properly disposing of your e-waste.