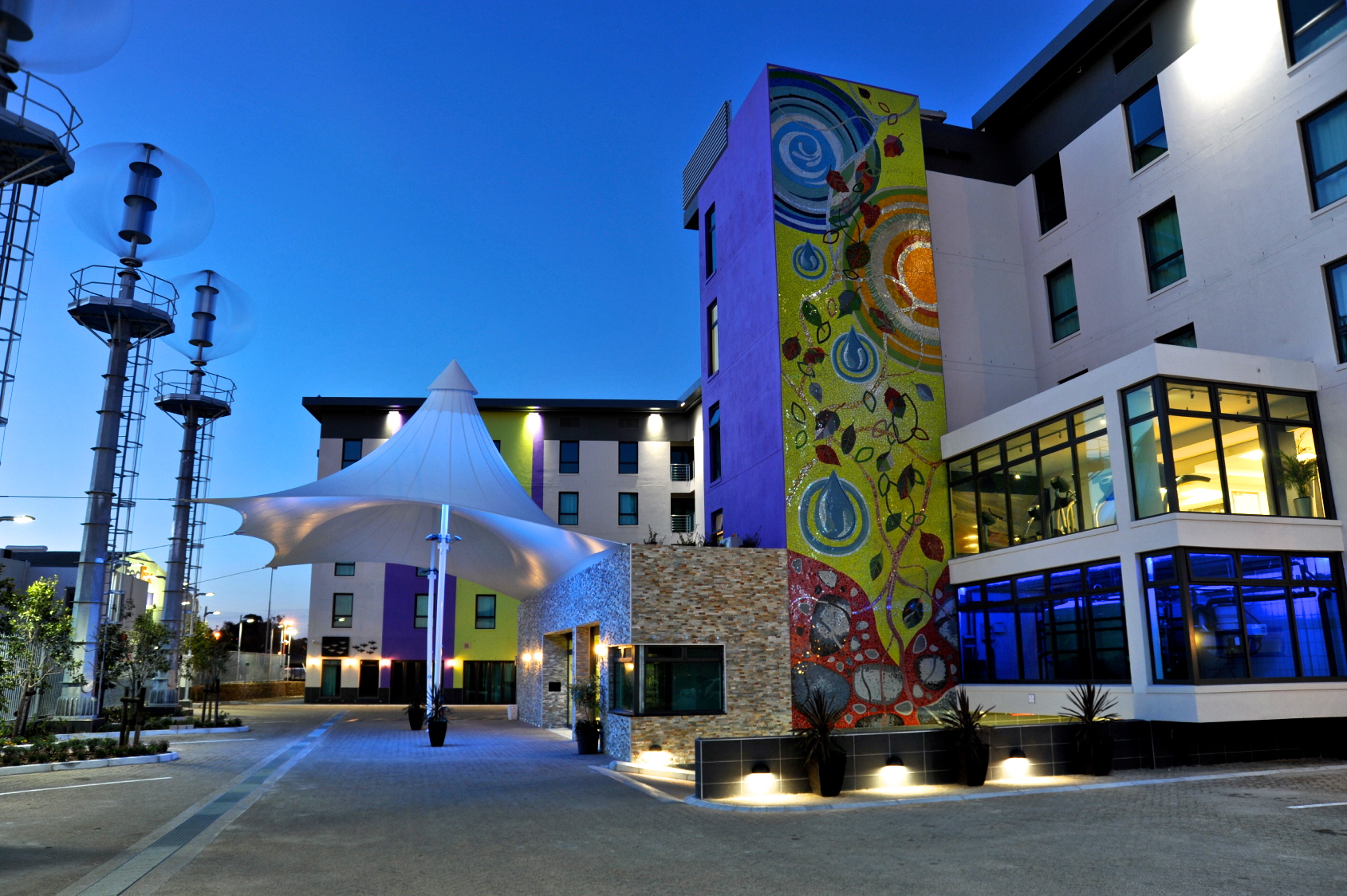 It has become quite common to hear big corporations talking about their environmental and sustainability responsibilities. Various bodies seeking to validate and give awards or certification for these noble activities have also come into existence. And so, there’s now a race to become the greenest business operation around.

The Green Building Council of South Africa (GBCSA), is a member-driven non-profit entity formed in 2007. It certifies buildings according to a number of green building rating tools. GBCSA, with a membership of more than 1000, is in turn a member of the World Green Building Council. The council rates buildings according to nine separate environmental impact categories which include: management, indoor environmental quality, energy, transport, water, materials, land use and ecology, emissions and innovation. GBCSA awards certification for 4-Star, 5-Star and 6-Star, Green Star SA ratings. Since the council was started, it has certified more than 100 buildings across South Africa.

A number of hotels have also joined the green revolution by embarking on sustainable operations. It is now, not surprising to walk into a hotel where you have to separate your trash; paper in one bin, bottles in another and so on. A number of hotels have also taken to cutting their power bills by installing energy saving lighting systems and appliances. Whilst many hotels and other accommodation facilities are always striving to earn as many stars as possible, there’s a new recognition they’re also now vying for - a green building or green operation rating. Sustainability has become a buzzword among hoteliers.

Just a stone&39;s throw from Cape Town International Airport is the 4-Star Hotel Verde which has earned itself the title of the greenest hotel in Africa. In June 2015 the hotel became the Green Star SA’s first 6-Star rated hotel.

Hotel Verde has taken going green to a whole new level in the hotel industry. The design, construction and operating practices have made the hotel an award winning one literally from underground to the rooftop. These innovations helped Hotel Verde to become one of six hotels to receive a LEED Platinum award for a new construction. LEED or Leadership in Energy and Environmental Design, is an internationally recognised rating tool for green buildings from the United States Green Building Council. Since the start of operations, the hotel has scooped numerous accolades including another Platinum award from LEED for existing building operations & maintenance in July 2015. This made the Hotel Verde the first hotel to achieve a double LEED Platinum award globally.

Some of the features that have placed Hotel Verde a cut above the rest include an air conditioning system in the form of a geothermal installation. This provides the hotel with an efficient heating and cooling system. The geothermal installation works as a heat pump that doesn’t use cooling gases found in conventional air conditioning systems. The heat pump, which helps the hotel save about 25% on their power bill, comprises of one hundred 70m deep boreholes. The boreholes circulate water underground making use of the constant 19.4°C underground temperature to shed off heat picked up from rooms that need cooling. The water also picks up heat to warm up rooms that need warming.

Hotel Verde has set up other facilities to reduce its energy bill. Photovoltaic solar panels on its roof and northern faade are producing just over 700 000kWH of electricity per year. The hotel also has three vertical wind turbines that greet you as you arrive at their main entrance. These turbines have a combined capacity to produce 9kW of electricity.

Not only is Hotel Verde producing some of the electricity it needs, the hotel has also installed efficient equipment to minimise their electricity usage. The equipment includes intelligent lighting in all rooms and outside, regenerative drive elevators, energy star rated office equipment and washing machines, and water saving taps and shower heads. Double glazed windows in all rooms, not only help keep out the noise from planes at the nearby airport, but also help with managing the temperature in the rooms, reducing heating or cooling needs.

Another area the hotel has proven its seriousness in going green is water. Hotel Verde has a rainwater harvesting setup with a 40 000 litre underground tank used to store the water. The hotel has an onsite grey water recycling system, which recycles the grey water from showers and bathtubs. The resulting clear water is then used for irrigation and to flush toilets, saving approximately 1.5 million litres of municipal water per annum.

Hotel Verde’s commitment to sustainability is reflected in their day to day operations. Supplies are procured from producers who are within a certain radius of the hotel. A reward system encourages guests to reuse their towels. Their outdoor swimming pool is a natural pond which uses natural filtration rather than chemicals. Their state of the art gym has treadmills and spinning bikes that generate electricity when they are being used. And on top of that, Hotel Verde has teamed up with some international organisations to ensure that their guests’ stays are carbon neutral. This is achieved by offsetting carbon emissions through responsible carbon capturing and reduction projects.

Whilst Hotel Verde has scored a first not only in South Africa, but across the continent, there are other hospitality industry operators that are also taking sustainability seriously. The GBCSA is reporting a year on year increase in its membership and the buildings it is certifying. And this is good news for our Planet.