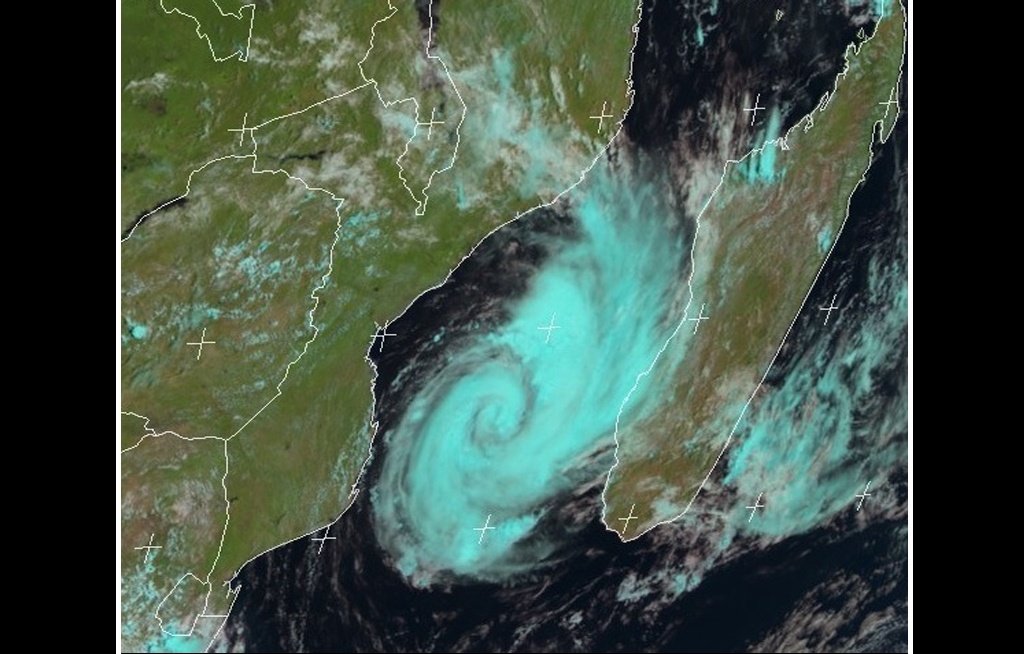 14 February 2017: Tropical storm Dineo has continued to strengthen over the warm waters of the Mozambique Channel overnight.

Tropical storm Dineo has continued to strengthen over the warm waters of the Mozambique Channel overnight.

The storm now has sustained winds of around 90km/h around it’s eye with gusts reaching 120km/h.

The only landmass currently experiencing significant effects from Dineo is the tiny uninhabited island of Europa, where average wind speeds of over 80km/h were being reported this morning.

All available information indicates that Dineo will rapidly intensify into an intense tropical cyclone within the next 24 hours, while moving closer to the southern Mozambique coastline.

The current predicted path shows Dineo making landfall just north of Inhambane on Wednesday evening and at that point Dineo is expected to have average wind speeds of 160km/h, gusting over 200km/h, equivalent to a category 2 hurricane in the north Atlantic.

Along with hurricane force winds, Dineo is expected to produce extremely heavy rainfall over much of southern Mozambique, starting on Wednesday afternoon and becoming heavier into Thursday as the storm moves overland.

The risk of flooding in the area will be high and although winds around Dineo will begin to weaken, gale force winds exceeding 70km/h will still lash parts of the Mozambican interior during Thursday.

Dineo is then expected to continue moving westwards towards the northern lowveld, bringing strong, gusty winds to eastern Limpopo and Mpumalanga, and heavy rain will begin to affect the area from Thursday evening. Persistent, heavy showers are likely to continue into Friday for these areas, although this is highly dependant on whether Dineo remains on her current forecast track.

For more information and updates watch eNCA, channel 403 on DSTV and follow the eNCA Weather Centre in twitter @eNCAWeather