West Africa to be hit by Ebola epidemic: WHO 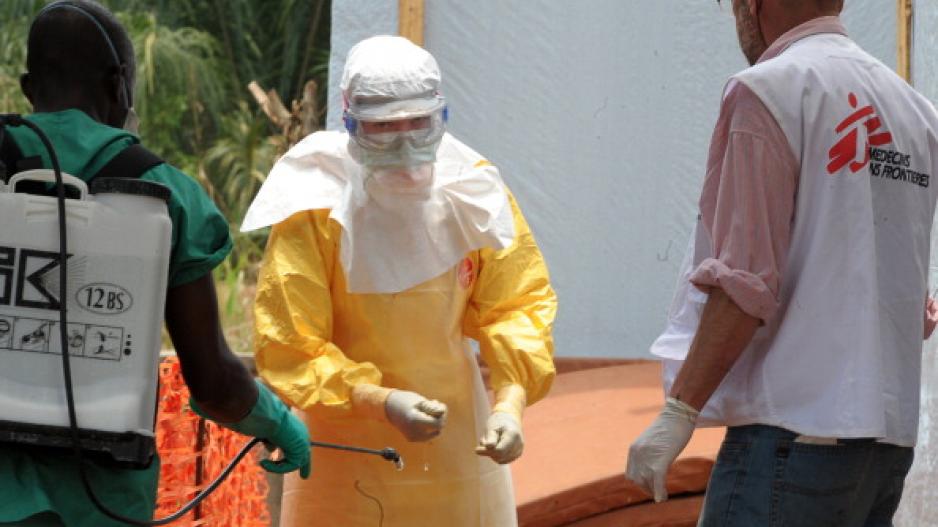 A medical staff worker of the 'Doctors without Borders' ('Medecin sans frontieres') medical aid organisation is assisted with the disinfecting of his gloves at a center for victims of the Ebola virus in Guekedou.

"We want other countries in West Africa to be ready - bordering countries, Ivory Coast, Mali, Senegal, Guinea Bissau - to prepare themselves in case people affected with the disease may be also travelling," WHO medical officer Dr. Pierre Formenty told a briefing in Geneva.

Despite efforts by national health authorities and international aid organisations to contain the spread of Ebola, the WHO has recorded 635 infections, including 399 deaths, in Guinea, Sierra Leone and Liberia since the outbreak began in February.

The outbreak is already the deadliest since Ebola first emerged in central Africa in 1976, and the number of infections continues to rise.

Formenty said it was difficult to stop the spread of the virus in forested areas of the three countries already affected by the epidemic and to change people&39;s burial practices which facilitate its transmission.

He said the UN health agency is not considering recommending travel or trade restrictions on the three countries, however.

"This is not out of hand," Formenty said.

WHO&39;s Regional Director for Africa Luis Sambo on Thursday called for drastic action to halt what he said has turned into a cross-border crisis.