Who is TB Joshua? 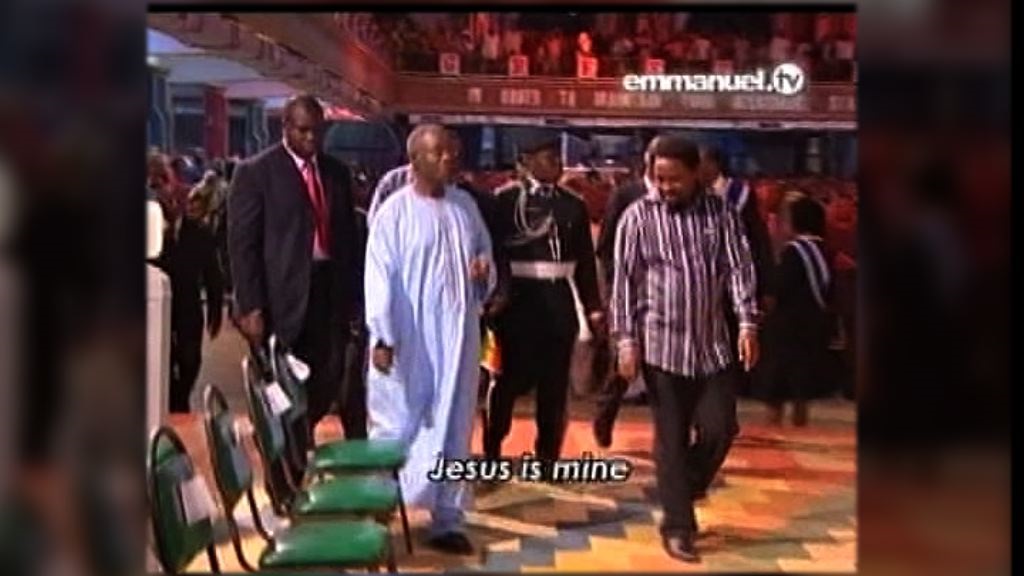 JOHANNESBURG - TV evangelist and prophet TB Joshua has made many prophesies, but sadly enough did not foresee the collapsing of one of his church buildings which claimed an as yet unknown number of lives, including 67 South Africans.

According to his official website for the Synagogue Church of all Nations (Scoan) he was significant and special before he was born –his mother carried him for 15 months before giving birth.

He started the ministry – based in the Ikotun district of Lagos in Nigeria, with only eight members, but it has since grown and is now an international church.

The growth of Scoan, according to their website, has been attributed to the miraculous healings performed by their prophet.

“Clear evidence of outstanding miraculous occurrences began to arise. The lame began to walk, hopeless cancer patients were lifted from despair, desperate situations were turned to scene of life, joy and peace,” the church states in its description of how they have evolved.

While no dates are given as to when exactly the Synagogue was established, Scoan claims its growth was both rapid and massive.

“Millions continue to receive the knowledge of saving grace … God continues to use Prophet TB Joshua as an instrument of healing, prophecy, deliverance, blessing and salvation. Healings of HIV, cancer, paralysis and many other sicknesses and diseases occur every week,” Scoan claims.

“Every Sunday our live services are broadcast to millions around the globe through Emmanuel TV, and the cathedral is always filled with worshippers from across Nigeria and the world.”

They have branches is South Africa, the United Kingdom, Greece and Ghana.

Recently, Joshua’s purported prophecy of the crash of Malaysian Airlines MH370 on June 28, 2013 several months before it happened on March 8, 2014 drew international media attention, with its accompanying YouTube video going viral and receiving 900 000 views in a week.

Rescuers have attribute the collapse to substandard construction, and are currently concentrating on the search of the restaurant of a guest house attached to the church, where most of the victims have been found.

Though details about the collapse remain sketchy, Joshua has linked it to a suspicious aircraft apparently seen in the area at the time – although this possibility was ruled out by rescue workers. He has also suggested sabotage and possibly terrorism.

He wrote on Scoan’s Facebook page: “A building, not the church auditorium as was reported. The few people that were there are being rescued. What you wish to others, God wishes to you.”

Until last Friday, the Scoan boasted the largest auditorium in the world with a staggering 20 thousand worshippers attended Sunday service.
Joshua’s popularity sky-rocketed when Time Magazine ranked him as one of the greatest faith healers of his era.
Joshua claims he has predicted world events such as the cyclone in Myanmar and Michael Jackson’s death.
He also foresaw the Boston marathon bombing attacks in America, and the outcome of two African Cup of Nations finals, won by Zambia and Nigeria respectively.
Joshua’s ministry also claims the evangelist successfully predicted the death of an African president in 2012. That same year, former  Malawian President Bingu wa Mutharika died.
But perhaps his most famous prediction was the disappearance of Malaysian Airline MH370.
He supposedly prophesied about the crash of the jetliner several months before the incident.
Some allege TB Joshua’s so-called miracles are dubious, and not the hand of God at all.
Joshua dismisses this criticism.

Those are demons not people who criticise my work. Everything I am doing I get the power from God.

He has eminent followers, including Atta Mills, former Zambian President Frederick Chiluba, Zulu King Goodwill Zwelethini, former Malawi President Joyce Banda as well as Zimbabwean opposition politician, Morgan Tsvangirai.
But Joshua says he’s not a boaster.
“I would like to be remembered for salvation and winning souls. God is using me to bring more people to his kingdom,’ he said.
Kwangu Liwewe conducted this exclusive interview in 2009: