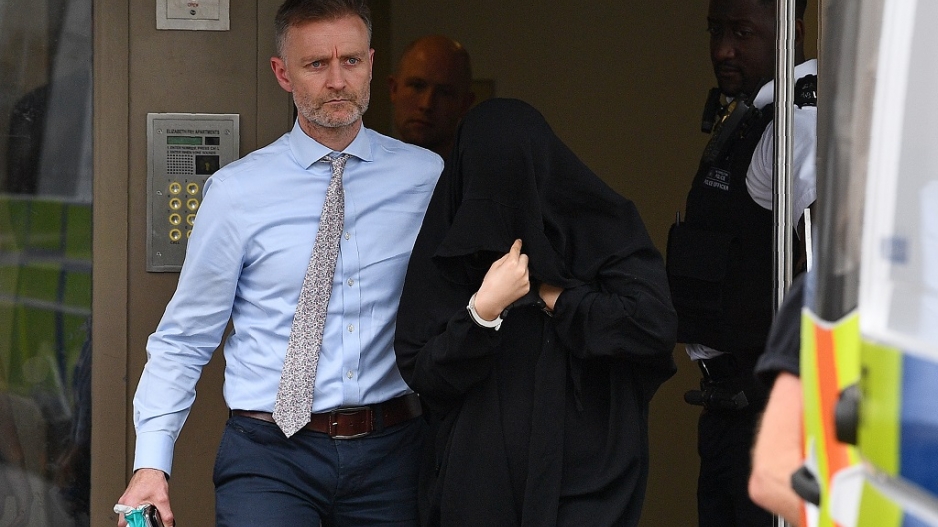 Police lead a woman in handcuffs from a residential address in Barking, east London on June 4, 2017, following the June 3 terror attacks in the British capital.

LONDON - British Prime Minister Theresa May blamed "evil" Islamist ideology on Sunday for an attack by knife-wielding men who mowed down and stabbed revellers in London, killing seven.

Police said they had arrested 12 suspects.

National campaigning for Thursday's general election was suspended for Sunday out of respect for the victims, who included 48 people treated in hospital, some of them in life-threatening conditions.

READ: London attack: What we know

No details have been released about the suspects, who were shot dead within minutes by police, and detectives are still investigating whether they acted alone.

12 arrests in Barking, East London. This was scene in 2010 as Islamists protested military parade and chanted "sharia for UK". pic.twitter.com/GRnEFpkUAS

The 12 arrests were made in the ethnically diverse east London suburb of Barking, with Sky News reporting that a property raided by police belonged to one of the killers.

May said the attack was driven by the same "evil ideology of Islamist extremism" behind last week's Manchester suicide bombing that left 22 people dead, and the Westminster attack in March, which killed five.

"The recent attacks are not connected but we believe we are experiencing a new trend in the threat we face," she said after chairing a meeting of the government's emergency Cobra committee.

She warned that perpetrators are inspired to attack "by copying one another".

The assailants wore fake suicide vests in a bid to increase the sense of panic as they lunged seemingly at random at the crowds gathered around London Bridge and Borough Market, which is full of restaurants and bars.

Gerard Vowls, 47, said he saw a woman repeatedly stabbed, and threw chairs, glasses and bottles at the attackers in a bid to stop them.

"They kept coming to try to stab me... they were stabbing everyone. Evil, evil people," he told The Guardian newspaper.

Holly Jones, a BBC reporter, saw a white van speeding into crowds of people walking along the pavement on London Bridge, saying it hit about five or six people.

Another witness called Eric told the BBC he had seen three men get out and thought they were going to help.

Instead they "started kicking them, punching them and took out knives. It was a rampage really," he said, adding that he heard a shout of: "This is for Allah".