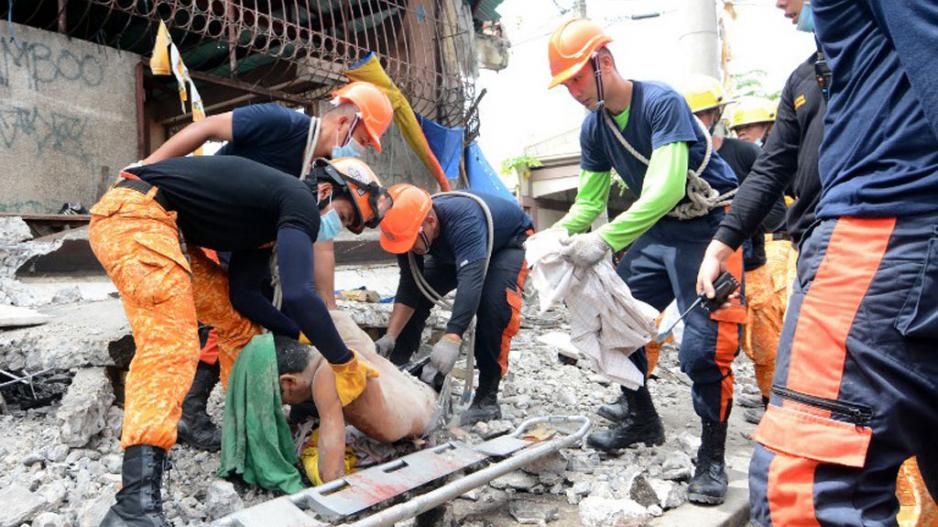 Rescuers pick up the body of a dead man near the port in Cebu City, Philippines after a 7.1 magnitude earthquake struck the region on October 15, 2013.

MANILA - At least 20 people were killed when a magnitude 7.2 earthquake hit the Philippines on Tuesday morning, the national disaster risk management agency said.

Radio station DZMM quoted civil defense officials as saying that at least four people died when part of a fish port collapsed in nearby Cebu city, across the strait from Bohol.

The roof of a market in Mandaue in Cebu province also collapsed, injuring 19 people, according to TV reports. People rushed out of buildings and homes, including hospitals as aftershocks continued.

Bohol Gov. Edgardo Chatto said that a church was reported damaged in the provincial capital of Tagbilaran and a part of the city hall collapsed, injuring one person.

The temblor was followed by two aftershocks, each measuring more than 5.0 in magnitude.

The Philippines lies on the so-called Pacific ring of fire, a chain of islands that are prone to quakes and volcanic eruptions.