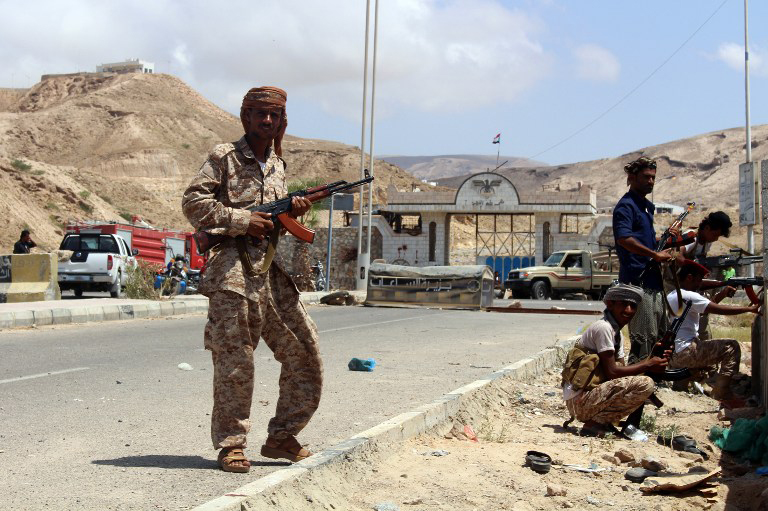 Yemeni soldiers stand guard outside a public security camp following a reported suicide attack in the southeastern Yemeni port of Mukalla on May 15, 2016.

ADEN, Yemen - Four Yemeni soldiers were killed and seven others wounded on Friday in a suspected Al-Qaeda suicide car bombing in the southern province of Abyan, a security source said.

The attack targeted a commander of the UAE-backed Yemeni government forces in Khanfar area, Abu Abdullah al-Shaneeni, who suffered wounds, the source said.

A militant from Al-Qaeda in the Arabian Peninsula drove the car into the forces who have been fighting the jihadist group in southern Yemen, the source added.

Government troops have recently scored key victories against Al-Qaeda militants in Aden, Abyan and Lahaj provinces which prompted the group to launch counterattacks.

Al-Qaeda has flourished in Yemen exploiting the country's civil conflict between the government of President Abedrabbo Mansour Hadi and the Iran-backed Shiite Huthi militants.