517 dead in fortnight of regime strike in Syria 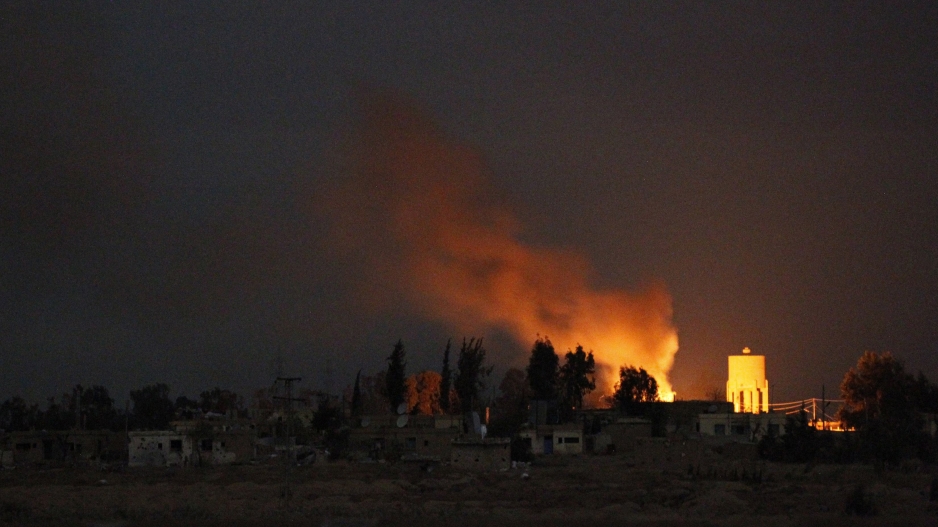 Smoke rises due to clashes between Free Syrian Army fighters and forces loyal to President Bashar al-Assad within Band 17 in Raqqa November 20, 2013.

BEIRUT - Regime air strikes on the northern Syrian province of Aleppo have killed at least 517 people since December 15, including 151 children, a monitor said on Sunday.

The Syrian Observatory for Human Rights said a string of regime aerial attacks on the province, including second city Aleppo, with raids using explosives-packed barrels, had also killed 46 women.

At least 46 opposition fighters, including 34 rebels and 12 jihadists from the Islamic State of Iraq and the Levant, but the majority of the dead were civilians, the Observatory said.

On Saturday, helicopters dropped TNT-packed barrels on a vegetable market and next to a hospital in Aleppo city, killing at least 25 civilians, including children.

The Britain-based Observatory, which relies on a network of activists, doctors and lawyers on the ground, strongly condemned the raids, and urged the international community to intervene.

"The Observatory considers all those who remain silent in the international community as complicit in the massacres that have been committed and continue to be committed by the Syrian regime," it said.