A hung Parliament in Britain after Theresa May loses majority 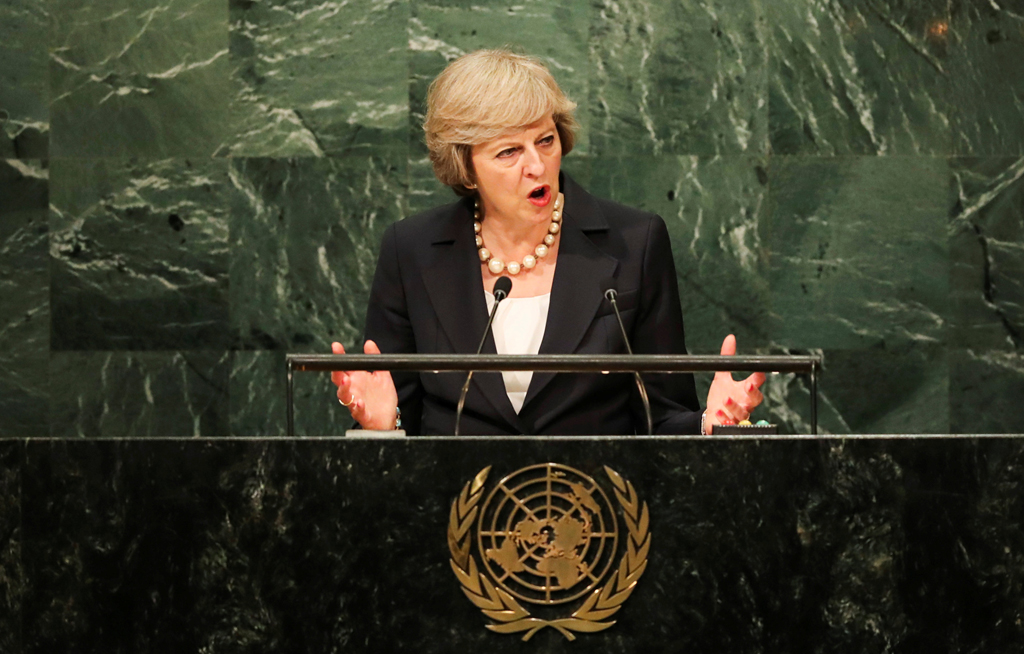 LONDON – British Prime Minister Theresa May faced pressure to resign on Friday after losing her parliamentary majority in a snap election.

The outcome of the polls plunged the United Kingdom into uncertainty, ahead of Brexit talks.

May called the snap election in April in an attempt to extend her majority and strengthen her position, but her gamble backfired spectacularly after she failed to win enough seats to form a Conservative government.

The pound Sterling sank against the dollar and the euro, as investors questioned who was now going to control the Brexit process.

EU Economy Commissioner Pierre Moscovici said May had "lost her bet", while the timetable for Brexit talks, due to begin in 10 days’ time, has been thrown into disarray, raising suggestions that it could be extended.

She also faced pressure to quit from inside and outside her party after a troubled campaign, overshadowed by two terror attacks.

Your vote will help secure a stronger economy & a brighter future for Britain. Make sure you head to the polling station before 10pm tonight pic.twitter.com/c76YiQ76K7

However, British media quoted party sources saying May had "no intention" of stepping down.

After being re-elected with an increased majority in her own seat, May said Britain "needs a period of stability" as it prepares for the complicated process of withdrawing from the European Union.

She said that while the full results had yet to emerge, her party seemed to have won the most seats and "it would be incumbent on us to ensure we have that period of stability".

But Leftist opposition leader Jeremy Corbyn, whose Labour party surged from 20 points behind, urged May to quit, saying she had "lost votes, lost support and lost confidence".

As polls close, I'd like to say thank you to everyone who has voted for @UKLabour, for a fairer, better Britain, that works #ForTheMany. pic.twitter.com/SgTolSoM00

With a handful of seats still to be declared, the Conservatives were predicted to win 318 seats, down from 331 in 2015 -- yet another upset in a turbulent year since the EU referendum in June 2016.

They were mathematically unable to reach the 326 mark that would give them a majority, meaning they will have to form an informal or formal alliance to push forward their agenda.

Labour is expected to increase its share from 229 to 262 seats, resulting in a hung parliament.

May is now facing questions over her judgement in calling the election three years early and risking her party's slim but stable majority of 17.