Worker who got trapped in cargo hold sent packing 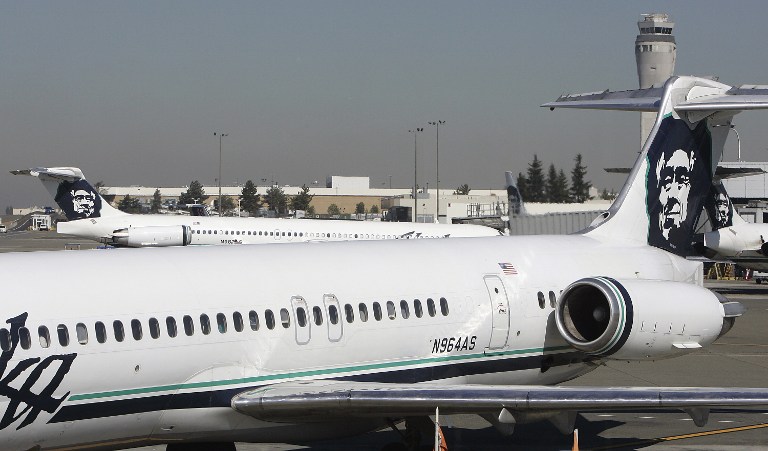 The pilot of the Los Angeles-bound Alaska Airlines plane turned the jet around to make a safe but unscheduled emergency landing.

SEATTLE - A contract baggage handler who became trapped in the belly of an Alaska Airlines jet on takeoff from Seattle after falling asleep in the plane&39;s cargo hold has been banned from all future work at the airline, a company spokeswoman said on Thursday.

The employee of Menzies Aviation, an airport ground services company, made news on Monday as an unintended stowaway on Alaska Flight 448 when he woke up from a nap inside the sealed baggage compartment to realise the plane was already airborne.

The pilot of the Los Angeles-bound flight, with 170 people aboard, turned the jet around to make a safe but unscheduled emergency landing back at Seattle-Tacoma International Airport after the crew heard banging beneath the aircraft.

Emerging unhurt from the plane, the wayward baggage handler told authorities he had dozed off inside the forward cargo hold before take-off.

He later passed a drug test and was released from a hospital where he was taken for evaluation, the airline said.

The worker, who has not been publicly identified, was never in danger because the cargo compartment was pressurised and temperature-controlled, airline officials said.

But in a panicky 911-emergency call placed after awaking inside the belly of the plane, the worker pleaded with the operator for help, screaming, "I can&39;t breathe," before the connection was lost, according to a recording released by airport authorities on Thursday.

Also on Thursday, a spokesman for Menzies Aviation, a subsidiary of British-based John Menzies, said the worker had been placed on administrative duties pending an investigation.

She did not elaborate but said workers were not permitted to sleep on the job. She said coworkers had noticed he was missing before the jet took off and tried calling and texting his cell phone without success, then "figured he had left his shift."

The Menzies spokesman, Mickey Mandelbaum, said the employee in question was in his early 20s and had worked for the company for 18 months.

All such terminal ramp workers carry security badges, undergo full criminal background checks and drug screening before being hired, and are subject to random drug tests throughout their employment, according to Alaska Airlines.

A spokesman for the Seattle Port Authority said law enforcement agencies were not investigating the incident because there was no security breach or criminal violation.