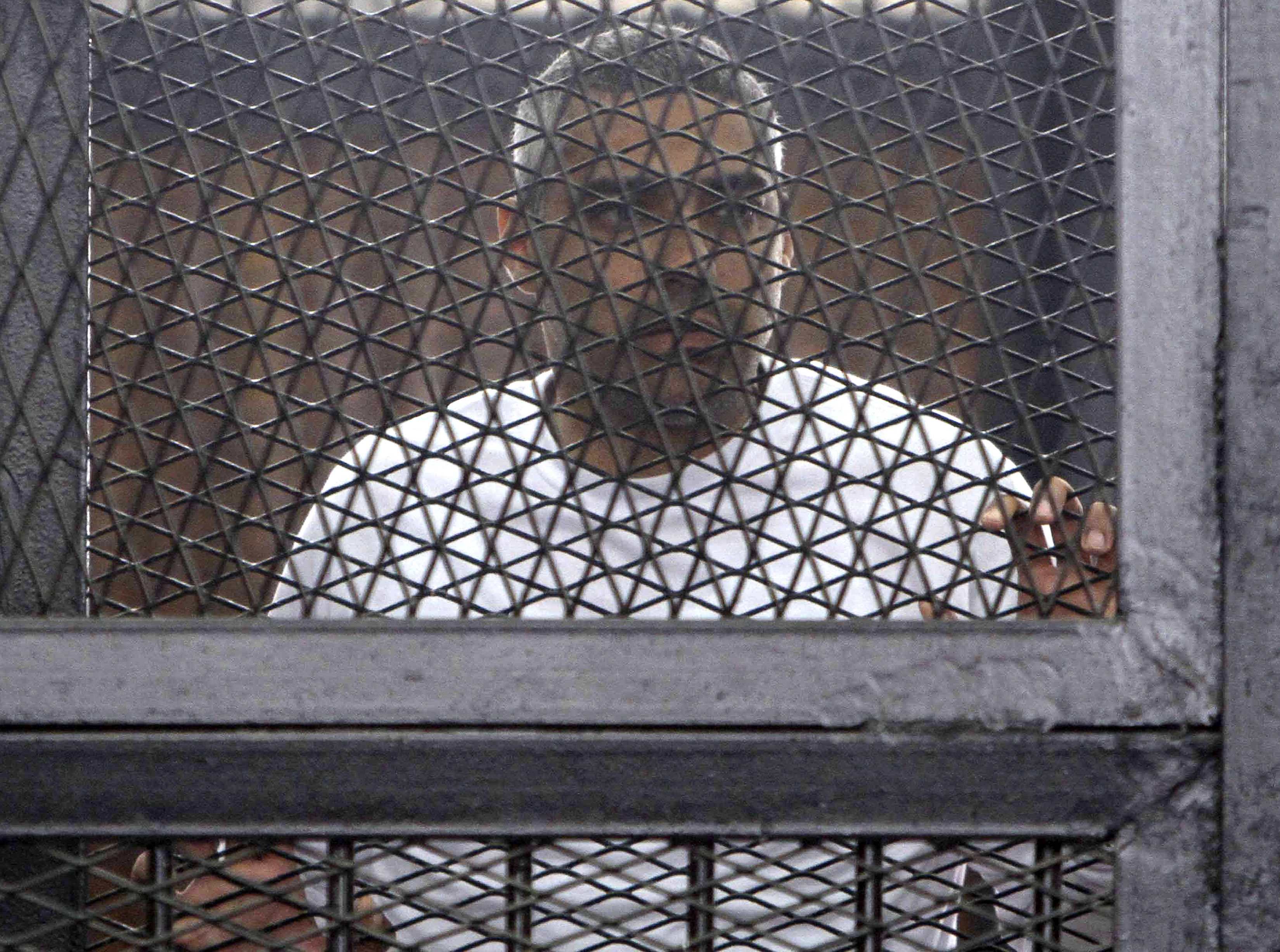 Al Jazeera journalist Mohamed Fahmy, a Canadian-Egyptian national, stands in a metal cage during his trial in a court in Cairo March 24, 2014.

CAIRO – An Al Jazeera television journalist on trial in Egypt has filed a lawsuit in a Canadian court accusing his employer of negligence and has demanded $100-million (R1,2-billion) in compensation, his lawyer said on Monday.

Mohamed Fahmy, who spent more than 400 days in a Cairo jail on charges of aiding a terrorist organisation, suggested Al Jazeera&39;s actions landed him in jail.

Fahmy and another Al Jazeera journalist, Baher Mohamed, were originally sentenced to between seven and 10 years in prison on charges that included spreading lies to help a terrorist organisation, a reference to the Muslim Brotherhood.

Peter Greste, an Australian colleague who was sentenced with them, was freed and deported earlier this year.

All three denied the charges.

In January, a court ordered a retrial, citing procedural flaws.

Fahmy is a naturalised Canadian who gave up his Egyptian citizenship.

At a news conference in Cairo, Fahmy&39;s lawyer, Joanna Gislason said the lawsuit asks the court to declare Al Jazeera negligent in its conduct towards Fahmy.

It says the network should pay $100m in punitive and remedial damages for its role in Fahmy&39;s conviction and subsequent imprisonment.

Egyptian President Abdel Fattah al-Sisi&39;s human rights record has come under scrutiny since he, as army chief, toppled the Islamist Mohamed Mursi as president in 2013 after mass protests against his rule.

Sisi has said that he wished the Al Jazeera journalists had been deported and not put on trial.