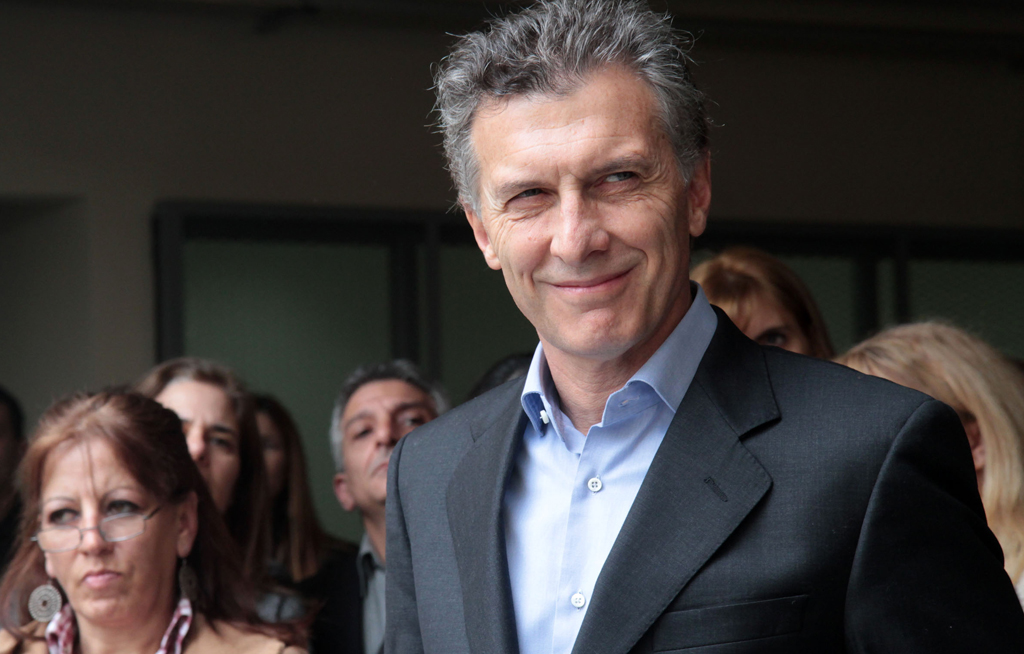 Ex-president Cristina Kirchner took a seat in the Senate, marking a return to the political stage she dominated for 12 years before stepping down in 2015, and guaranteeing herself parliamentary immunity from a string of corruption charges.

"We did not win as a party; what won was the certainty that we can change history, and build with love," a triumphant Macri told cheering supporters in Buenos Aires.

"An Argentine with desire has no limits, we are unstoppable," he said.

Kirchner said her new center-left Unidad Ciudadana or "Citizen&39;s Unity" party had distinguished itself in the vote as the only alternative to Macri&39;s government.

"We must be proud of this result. Unidad Ciudadana has emerged as the strongest opposition to this government," an ebullient Kirchner told her supporters.

"Here nothing is over, everything starts now," she said.

Macri&39;s Cambiemos, or "Let&39;s Change," won in 13 of Argentina&39;s 23 provinces, as well as in the capital Buenos Aires, according to almost completed counts early Monday.

Sunday&39;s vote, with an official turnout of 78 percent, was widely seen as a referendum on Macri after two years in office, in which he was seeking a mandate to further overhaul of an ailing G20 economy.

Macri has so far managed to push through a painful reform program with the help of allies, despite having only 87 seats in the 257-seat lower house of Congress and 15 of 72 senate seats.

Argentina&39;s TN television projected Cambiemos to gain 21 seats to take their representation in Congress to 108, which would be enough to deprive the opposition of a two-thirds majority to block Macri&39;s reforms, though still fall well short of an overall majority.

The opposition Peronist bloc was set to remain static at 145.

"Peronism has suffered a fall in the vote," according to analyst Mariel Fornoni.

Aside from Buenos Aires province and city, Cambiemos candidates also polled strongly across the other major electoral centers -- Cordoba, Mendoza and Santa Fe.

Half of the Congress seats and a third of the Senate&39;s were being contested in Sunday&39;s vote.

Kirchner&39;s campaign pitch has been to promise to "put the brakes on" Macri&39;s cuts in tariffs on agricultural exports, deficit spending and loosening of labor laws.

Macri appealed to voters to "not return to the past," attacking his predecessor&39;s populist policies.

"I voted for the government candidates. I&39;m far from being convinced but I voted Macri in 2015. The most important thing is that Kirchner doesn&39;t come back," said teacher Sergio Peroti, 48, after voting in a school in the capital.

Macri&39;s Cambiemos is an alliance of parties of the right, center-right and social democrats of the historic Radical Civic Union.

Despite not having a legislative majority, Macri has been able to get laws passed by striking deals with Kirchner&39;s enemies in the Peronist movement and with governors who depend on federal funds to finance their budgets.

Another ex-president, Carlos Menem, won a third term in the Senate at the age of 87, giving himself another four years of immunity despite being convicted for illegally trading weapons to Ecuador and Croatia.

Macri&39;s first year in office was marked by a 30 percent devaluation of the national currency and a 2.3 percent contraction of the economy.

But the economy has begun to recover, posting 1.6 percent growth in the first half of the year.

However, growth remains below the levels reached before 2010 under the back-to-back husband-and-wife governments of Nestor and Cristina Kirchner, in power from 2003 to 2015.

Macri has gained support for his economic reforms from the United States, the European Union and international lending institutions. He was showered with praise at a recent forum of Argentine business leaders.

Macri is an engineer by profession from a wealthy family that founded a business empire. His launching pad into politics was his chairmanship of the Boca Juniors football club, which won numerous local and international titles under his leadership.

Kirchner, on the other hand, is a former militant in the most combative Peronist factions during the difficult 1970s, when the country was run by a repressive military dictatorship. Her politics moderated with the return of democracy in Argentina.

She has been prosecuted for alleged corruption in office, but she insists she is the victim of political persecution.