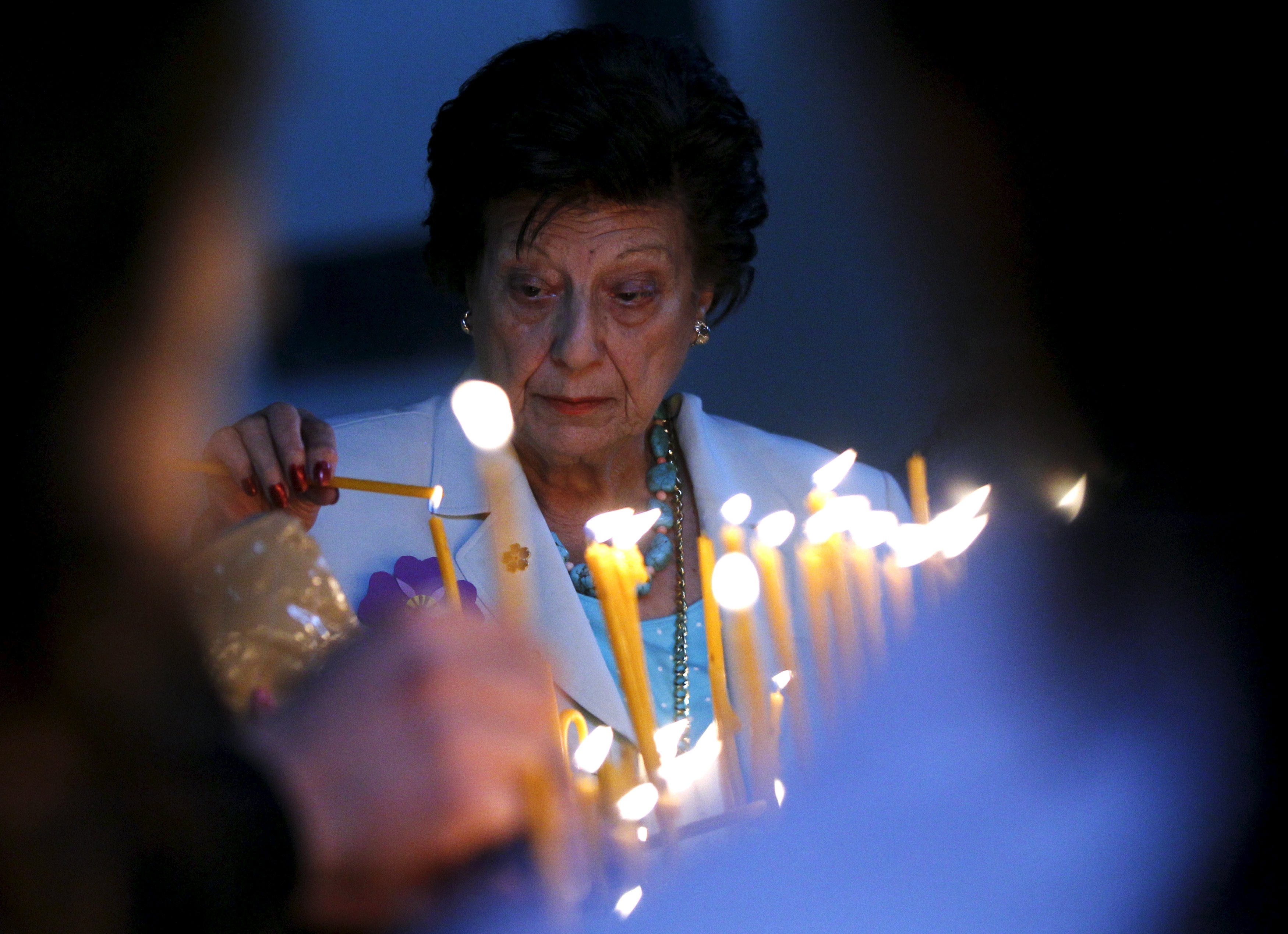 People light candles in memory of the victims of mass killings of Armenians by Ottoman Turks at the Armenia's main cathedral in Echmiadzin, April 23, 2015.

YEREVAN, Armenia – The Armenian Apostolic Church on Thursday made saints of up to 1,5-million Armenians at an open-air ceremony to commemorate their killing by Ottoman Turks a century ago.

Armenia says the massacres during World War I constitute genocide – a term used earlier this month by Pope Francis.

Muslim Turkey accepts many Christian Armenians were killed in partisan fighting during the war, but denies it amounted to genocide.

The ceremony, which was attended by church leaders and state officials, marked the start of the killings in 1915.

Held in bright sunshine outside the 4th century Echmiadzin cathedral in Vagharshapat, 20km from the Armenian capital, the ceremony was the first time in 400 years that the Armenian Apostolic Church had authorised any canonisations.

When it ended two hours later at the symbolic time of 19.15, bells rang out 100 times, an action to be repeated at Armenian churches around the world.

"The canonisation of the martyrs of the genocide brings life-giving new breath, grace and blessing to our national and ecclesiastical life," Catholicos Karekin II, the supreme head of the Armenian Apostolic Church, said during the ceremony.

"The blood of the Armenian martyred for Christ has placed the seal of unshakeable faith and patriotism on the sands of the desert, while the one who committed genocide assumed that the Armenian was being lost forever in the gales of history."

Armenia, a country of 3,2-million people that was once part of the Soviet Union, wants other countries to recognise the killings as genocide and the debate has long soured its relations with Turkey.

In February, Armenia withdrew from parliament landmark peace accords with Turkey that had only been signed in 2009, setting back US-backed efforts to bury a century of hostility between the neighbours.

President Serzh Sarksyan said on Wednesday he was ready to normalise relations with Turkey, stating that there should be no preconditions in restarting the peace process and would not insist that the Turks accept they had committed genocide.

While the European Parliament, Germany, France and others call the killings genocide, other countries, including the US, have refrained from doing so.

Turkey says there was no organised campaign to wipe out Armenians and no evidence of any such orders from the Ottoman authorities.

Dozens of delegations, including the presidents of France, Russia, Serbia and Cyprus, are expected to take part in events on Friday commemorating the anniversary, starting with a hilltop memorial and ending with a torch-lit march.