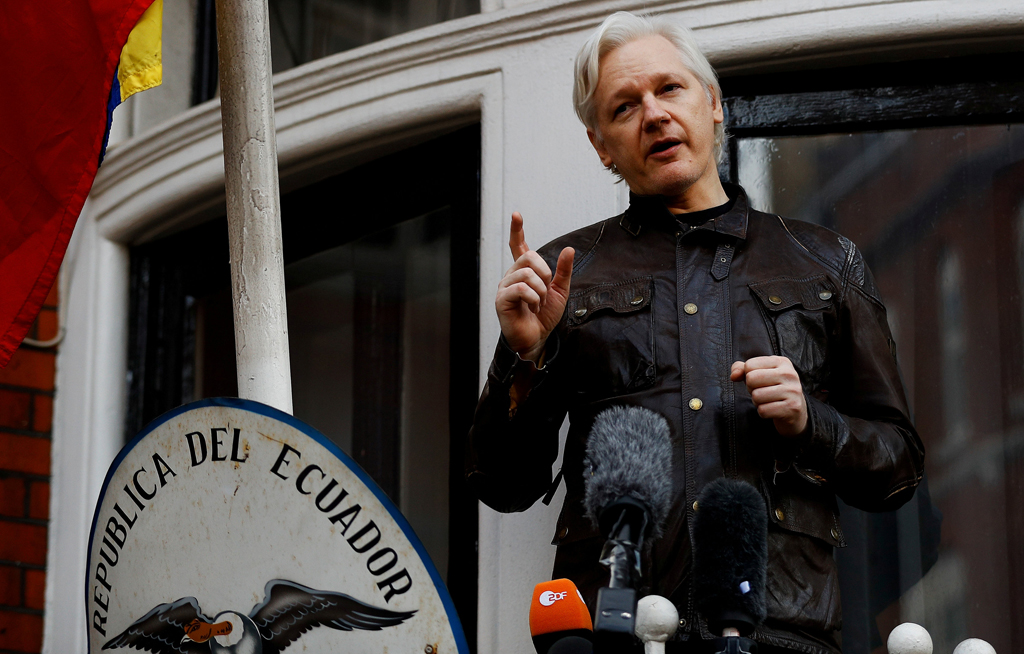 FILE PHOTO: WikiLeaks founder Julian Assange is seen on the balcony of the Ecuadorian Embassy in London, Britain, May 19, 2017.

LONDON - WikiLeaks founder Julian Assange will ask a London court on Friday to drop the arrest warrant that stems from his breach of bail conditions in Britain, a move that could enable him to eventually leave the Ecuadorean embassy in London if successful.

Assange, 46, has been holed up in the embassy since 2012 after skipping bail to avoid extradition to Sweden over an allegation of rape, which he denies.

Swedish prosecutors have since dropped their probe into the allegations, but British police have said Assange would be arrested for breaching bail conditions should he leave the building.

"He is seeking to have the warrant of arrest discontinued because the Swedes have confirmed that the extradition warrant is no longer live," a spokesman for Britain&39;s Crown Prosecution Service said.

"He is seeking that therefore the warrant of arrest should be taken out as well." Asked if a successful ruling could enable Assange to walk free, the spokesman replied: "Hypothetically yes, that would be our interpretation."