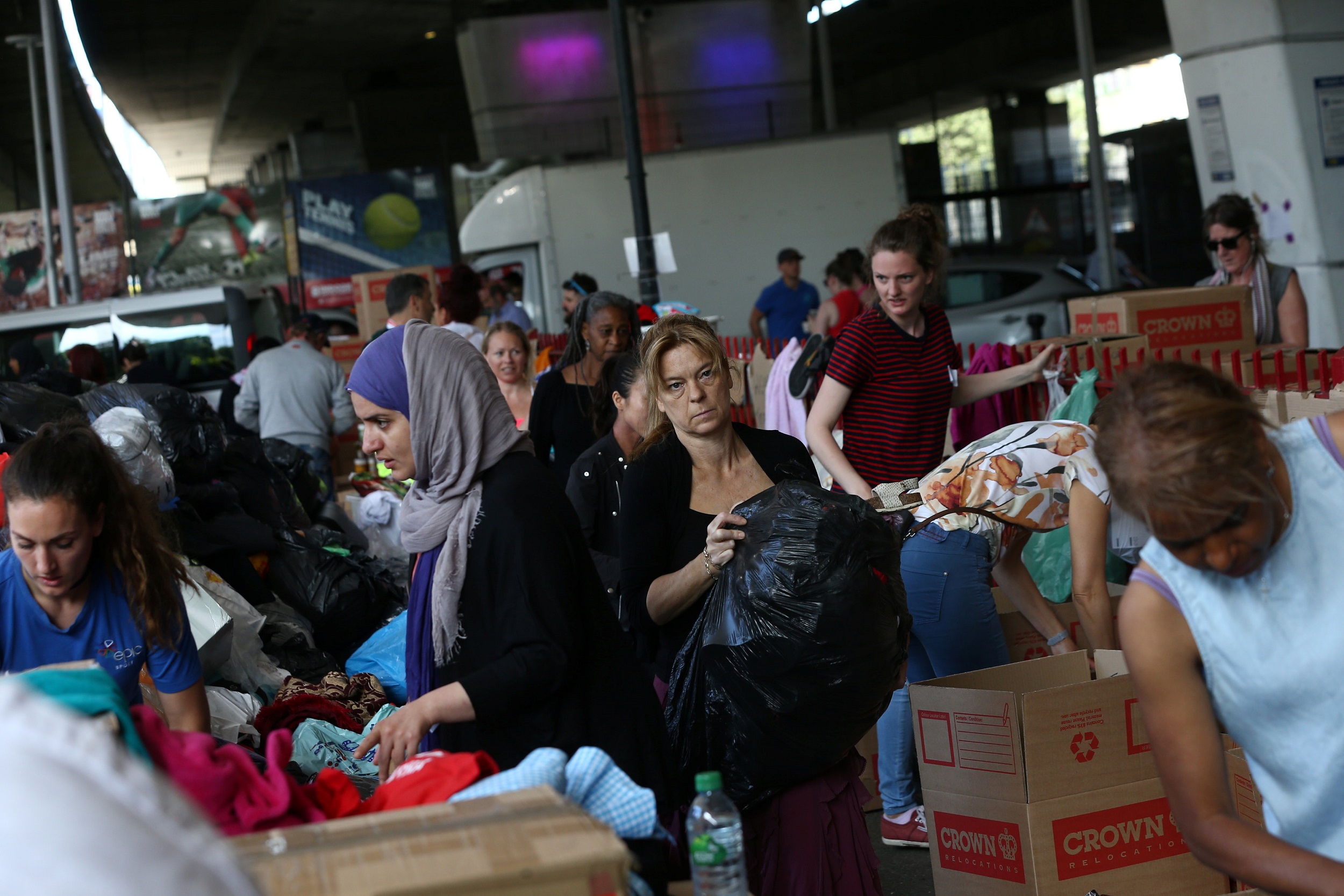 Food, drink and other supplies are stored near a tower block which was destroyed in a fire disaster, in north Kensington, West London, Britain June 15, 2017. REUTERS/Neil Hall

LONDON - Seventeen people have been confirmed dead in the fire that engulfed a London tower block on Wednesday, emergency services said, adding that the toll was set to rise as there were no hopes of finding survivors.

"Sadly I can confirm that the number of people that have died is now 17," Metropolitan Police commander Stuart Cundy said in a televised statement on Thursday.

"We do believe that the number will sadly increase," he said.

There were believed to be around 600 people in Grenfell Tower in west London when the fire started before dawn on Wednesday and dozens are still missing.

London Fire Brigade chief Dany Cotton said firefighters were not able to access all the apartments because of structural safety concerns and had only searched around half of the building "in detail".

She also said sniffer dogs were being used in a bid to locate bodies.

"I anticipate London Fire Brigade will be on scene here for many days to come," she said.

"Tragically now we are not expecting to find anyone else alive," Cotton told Sky News earlier.