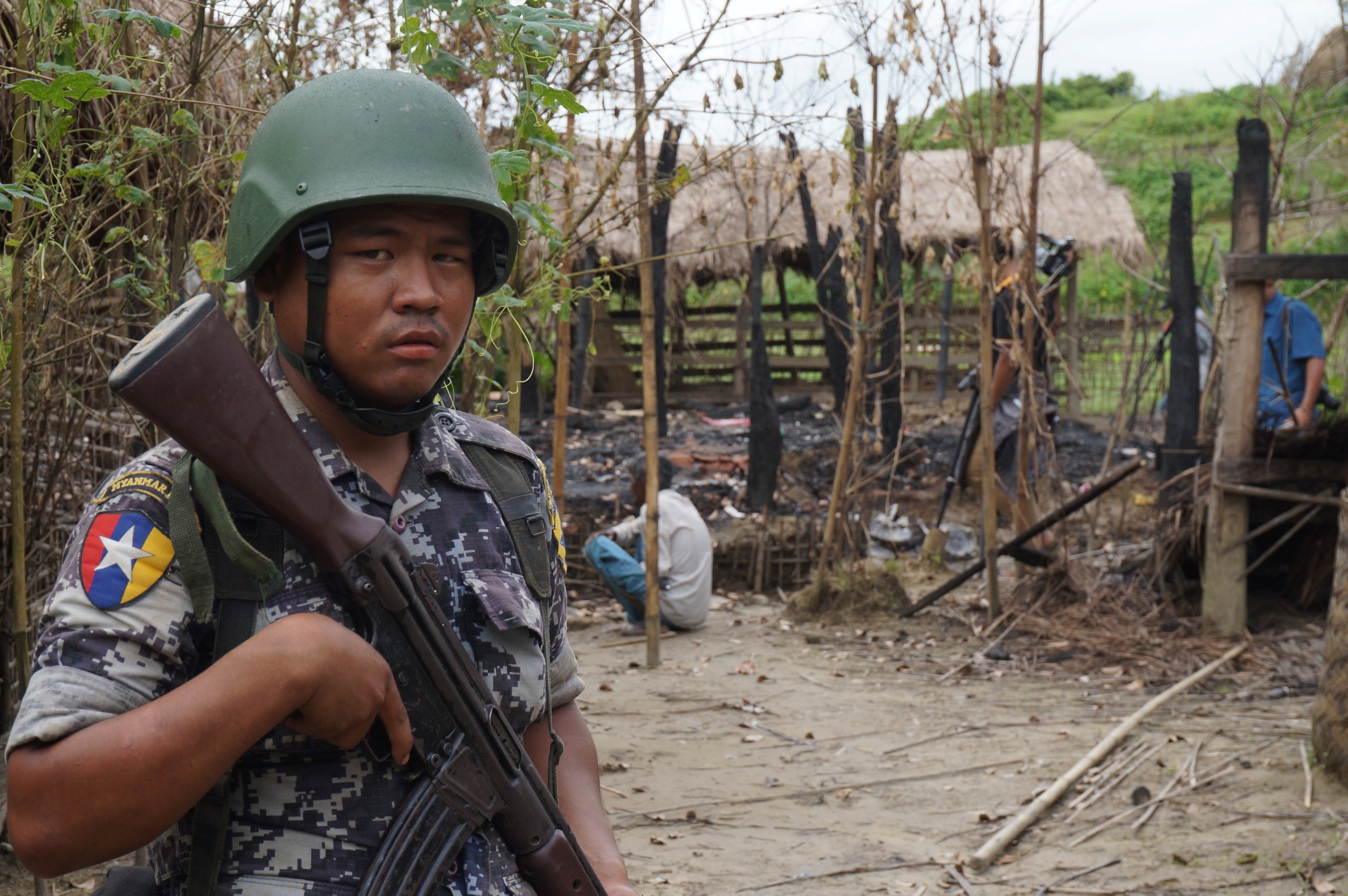 A Myanmar border guard police officer stands guard in front of the remains of a house burned down in a clash between suspected militants and security forces in Tin May village, northern Rakhine state, Myanmar July 14, 2017.

In a statement, it said "extremists" were responsible for killing the six members of the Mro minority from the village of Kaigyi whom residents believe to have stumbled upon a camp for Rohingya Muslim militants.

Suu Kyi refuses to co-operate with a UN fact-finding mission set up to look into abuses in Rakhine and elsewhere.

The government accused the militants of running training camps in the mountains and killing alleged informants in the Muslim community.

Security forces had begun an "intensive clearance operation" to hunt the killers on Thursday, a military officer in Rakhine said.

Two women aged 21 and 34 were still missing from the group that ventured into the hills to tend to farms, said the officer, who sought anonymity as he was not authorised to speak to the media.

Aung Kyaw Min, a Buddhist resident of Kaigyi, said villagers believed the two women had also been killed because some of their bloody clothing was recovered.

"We are all suffering from this killing," he said. "All the villagers are in a panic and nobody wants to live there. They all want to move to a safe place arranged by the government."

Non-Muslim ethnic groups recognised as Myanmar citizens are the minority in northern Rakhine. About 1.1 million Rohingya live in the state but are denied citizenship. Many in Myanmar consider them illegal immigrants from Bangladesh.

Tension among the communities has been running high in recent weeks, say aid workers and UN officials there.

In the town of Rathedaung, south of Maungdaw, troops launched a separate hunt for alleged militants, said the military officer and a human rights monitor with regional sources.

Security forces on Friday opened fire on villagers armed with sticks around the hamlet of Auk Nan Yar, the monitor and a resident said.

Four non-Muslim villagers went missing in the area last week and the mutilated bodies of three Muslims were discovered on Monday.