Australia deploys more troops to Iraq to counter IS 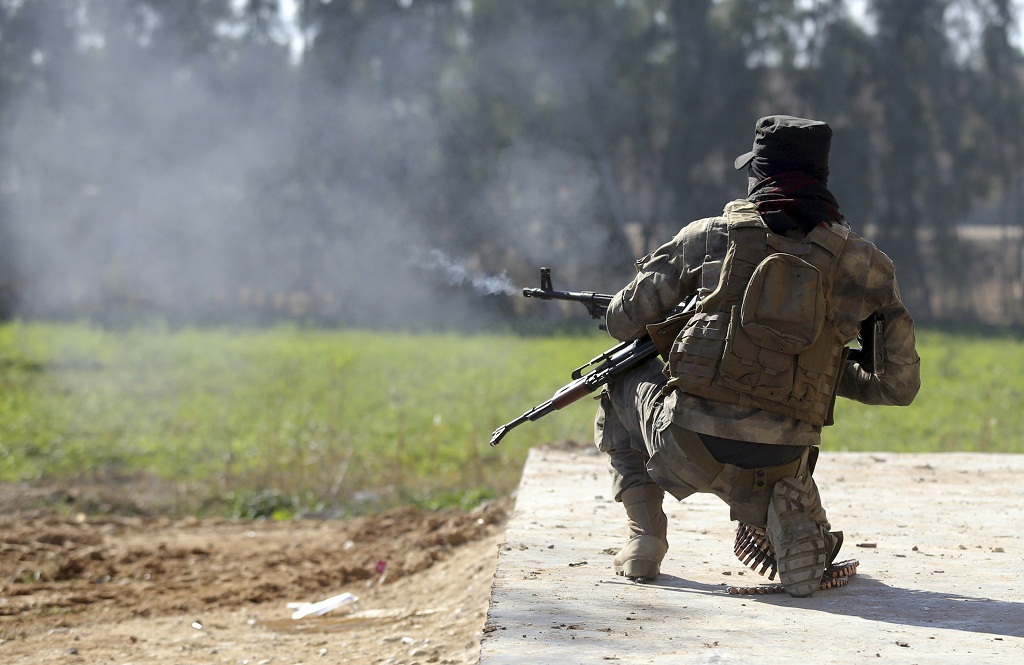 An Iraqi Shi'ite fighter fires his weapon during fighting with Islamic State militants at Al-Nibai, north of Baghdad on January 14, 2015.

SYDNEY - Australia said on Tuesday 330 troops were heading to Iraq for two years to train local soldiers fighting jihadists including the Islamic State group, joining an aerial and special forces contingent in the region.

Prime Minister Tony Abbott said the troops would be deployed from Wednesday and operate from the massive Taji base complex north of Baghdad alongside 100 soldiers from New Zealand.

They were mostly drawn from the army&39;s 7th Brigade based in Brisbane, he added.

"We won&39;t have a combat role. It&39;s a training mission not a combat mission," Abbott told reporters of the deployment, which was first flagged in early March following a request by the United States and Iraq governments.

"Our building partner capacity mission is all about trying to ensure that the legitimate government of Iraq has a trained and disciplined and capable force that understands the rules of armed conflict at its disposal to retake the territory which is currently under the control of the death cult (Islamic State).

"What we&39;ll be doing (in Taji) is comparable to what a number of other countries are doing," Abbott added, pointing to Germany&39;s Erbil mission in Kurdish areas and a Spanish mission at Besmaya south of Baghdad.

The announcement came as the US, which is leading an air campaign against the IS group, said the jihadists had lost control of "25 to 30" percent of the territory it holds in Iraq after coalition air strikes and an Iraqi offensive.

The radical group took control of large swathes of the north and western parts of the country months ago after an offensive and the collapse of Iraqi military units.

Some 170 Australian special forces are already in Iraq helping train government troops. Eight F/A18s based in the United Arab Emirates are also taking part in air strikes against IS militants.

Abbott said the special forces contingent were set to complete their mission in the third-quarter of this year.

Canberra has boosted security measures at home amid fears of heightened threats from IS-inspired extremists, with about 90 Australians thought to be fighting with the group in Iraq and Syria.

The nation raised its terror threat level in September and conducted counter-terrorism raids in Sydney and Brisbane last year.

The government in February also flagged changes to immigration laws to allow it to revoke or suspend Australian citizenship for dual nationals implicated in terrorism.