Before Trump meeting, Merkel says trade vital for US and Germany 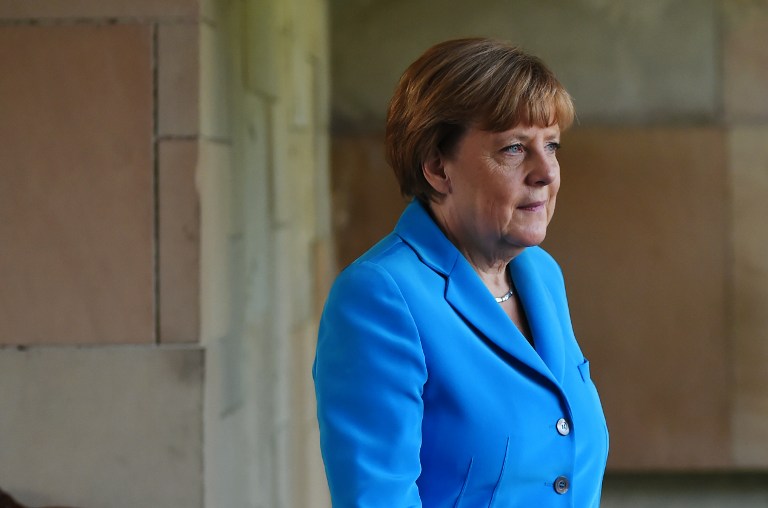 German Chancellor Angel Merkel walks at Raj Ghat -- the memorial to the father of the Indian nation Mahatma Gandhi, in New Delhi on October 5, 2015.

MUNICH - German Chancellor Angela Merkel underscored the importance of free trade in a speech to business leaders in Munich, before her first trip to meet US President Donald Trump in Washington for talks on a range of issues, including defence spending.

Merkel is due to meet Trump for more than two hours on Tuesday, followed by a working lunch, her spokesman said.

Briefing reporters before the trip, a senior German official said he expected the talks to focus on foreign policy issues ranging from NATO and Russia to Syria, Middle East peace, Iran, North Korea and the European Union.

Talks between German officials and members of Trump's administration suggest the two countries will cooperate closely on policy towards Russia, the official said.

"The United States of America is a key trading partner for Germany and for the entire European Union," Merkel said. "Trade is advantageous for both sides and I'm looking forward to the chance to speak to the newly elected American president about these issues.

"I believe that direct, one-on-one conversations are always much better than talking about each other. Talking together instead about each other - that'll be my slogan for this visit, which I'm really looking forward to." Trump has called Merkel's decision to allow hundreds of thousands of refugees into Germany a "catastrophic mistake".

He has also threatened to impose tariffs on German carmakers that import into the United States and has criticised Berlin for not spending more on defence. Another source of tension is Germany's 50 billion-euro trade surplus with the United States.

Causes of friction between Berlin and Washington also include an accusation by a senior Trump adviser that Germany profits unfairly from a weak euro and a threat to impose 35 percent tariffs on imported vehicles.

The senior German official also said Merkel was committed to boosting defence spending in line with a NATO target for military budgets to account for 2 percent of economic output and would offer convincing arguments to Trump on this issue.

An 8 percent rise in the 2017 defence budget was "a clear sign that we are sticking to our commitments," the official said.

But the official described it as a "symbolic goal" and said the most important thing was to close holes in NATO’s defence capabilities, a view shared by Trump's national security adviser, Army Lieutenant General H.R. McMaster.

"The most important thing is to close the capability gap," the official said.

That amounts to 8.3 billion euros more over the four years than previously planned, but it will still fall short of the 2 percent target, a second government official said.