'More' jihadis recruited in Belgium than elsewhere in European 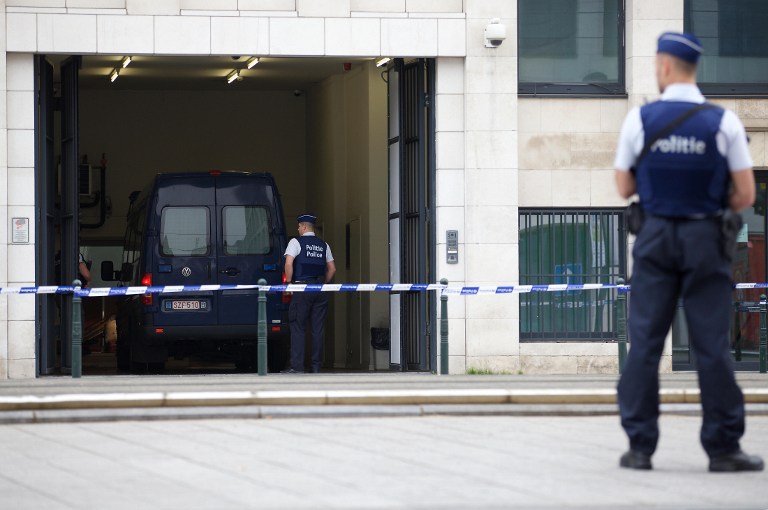 File: A van arrives at the council chamber in Brussels, where the terrorism case of the March 22 attacks in Brussels and Zaventem will be held on September 1, 2016.

BRUSSELS - Belgium has won an unwanted reputation for radicalism since it emerged that the Islamic State-linked Paris attacks a year ago were planned there.

With Brussels itself also coming under attack in March, Belgian authorities have carried out a wave of arrests over the past 12 months.

Here are the key facts:

Belgium now leads Europe in its per capita number of jihadi nationals in Syria: 465, out of a population of 11 million.

It first emerged as a base for militants in the 1990s when the Algerian Armed Islamic Group (GIA) threatened the country with reprisals after one of its cells in Brussels was dismantled.

In 2001, Belgian authorities discovered that the two Tunisians who two days before the 9/11 attacks in the United States had assassinated anti-Taliban leader Ahmad Shah Massoud in Afghanistan's Takhar Province had obtained fake Belgian passports and logistical support in Belgium.

The Tunisians had stayed in Molenbeek, a poorer area of Brussels that later emerged as the focus of investigations into the Paris attacks and of several other probes.

Salah Abdeslam, the only surviving perpetrator of the Paris attacks, his brother Brahim, who blew himself up in Paris, and suspected ringleader Abdelhamid Abaaoud, who was killed in a police raid in Paris days after the attacks, all hailed from Molenbeek. Abdeslam was arrested there in March.

The district was also home to one of the 2004 Madrid train bombers and to Mehdi Nemmouche, the main suspect in the May 2014 Jewish Museum attack in Brussels.

The perpetrator of a foiled attack in August 2016 on an Amsterdam-Paris train stayed in Molenbeek with his sister before boarding in Brussels.

Antwerp, the port city in Flemish-speaking northern Belgium with a large Moroccan-origin population, is another key hub of radicalism.

It was the headquarters of the Islamist group Sharia4Belgium, which was shut down in 2012 after it called for the establishment of an Islamic state in Belgium, and which has been linked to sending fighters to Iraq and Syria.

Most of Sharia4Belgium's former leaders are now either in prison -- like its former chief Fouad Belkacem following a major trial involving the group -- or in Syria, but its influence remains strong.

In all, the narrow 50 kilometre stretch from Brussels to Antwerp is the source of eight percent of all the European fighters in Syria and Iraq.

The first signs of what French President Francois Hollande has called a single terror cell linking the Paris and Brussels attacks emerged in the Belgian industrial town of Verviers in January 2015.

Just days after the Charlie Hebdo attacks in France on 7 January 2015, two militants who were planning an attack on police in Belgium were killed in an anti-terrorist raid on a house in Verviers. The two were taking their orders from Abdelhamid Abaaoud, who was then in Athens.

At a trial of one of the surviving Verviers plotters, the prosecution said the plot was the "rough draft of Paris."

In total 19 people have been arrested in Brussels in connection with the Paris attacks. Four have been extradited to France, nine released under strict conditions and six remain in Belgian custody.

Najim Laachraoui, who made the bombs used in the Paris attacks, was one of the suicide bombers who died in the March 2016 attack on Brussels airport.

Mohamed Abrini, the so-called "man in the hat" seen with the airport bombers and also suspected of providing support for the Paris attacks, was arrested in Belgium in March.

Abdeslam has been extradited to France while Abrini's extradition has been approved pending further investigation into the Brussels attacks.

One explanation for Belgium's terror links is its location as a crossroads between London, Paris, Amsterdam and Germany, from which it is possible to deploy people rapidly to urban population centres.

This has already made Belgium a major hub for the illegal arms trade.