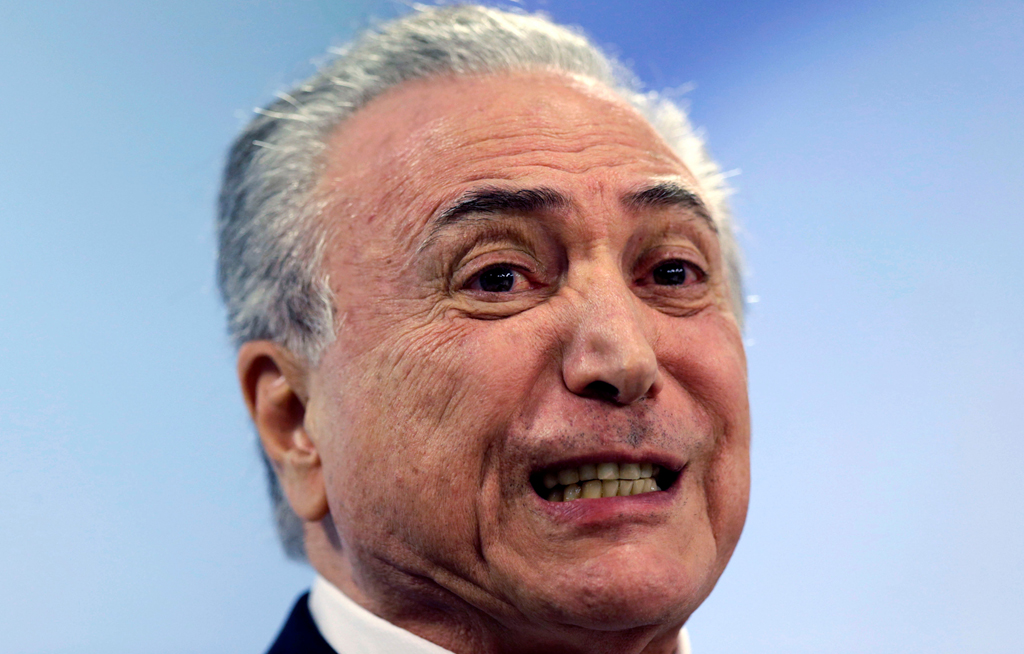 BRASILIA - The first of seven justices at Brazil's top electoral court began voting Thursday on whether to strip President Michel Temer of his mandate, potentially pushing Latin America's biggest country into its second leadership crisis in a year.

Temer -- who also faces a growing, separate corruption scandal -- says he is confident the court will absolve him and allow him to serve out his term to the end of 2018.

The Supreme Electoral Tribunal (TSE) was deciding whether the 2014 presidential election -- which re-elected then-president Dilma Rousseff and Temer as her vice president -- should be invalidated because it was won thanks to corrupt campaign money. Rousseff was impeached last year and Temer took over.

Each judge has to vote in turn, explaining the arguments before the verdict can be reached. The coordinator of the case, Justice Herman Benjamin, got the ball rolling with a closely argued, hours-long presentation that made it clear that he intended to pronounce Temer guilty.

Benjamin sometimes clashed angrily with opposing judges as he branded Temer's election victory inextricably bound up in the vast embezzlement and bribery scheme uncovered by the graft investigation, known as operation "Car Wash," shaking Brazil over the last three years.

"A sophisticated scheme for illegal amassing of public money was created," he said.

If the court ends up scrapping the 2014 election result, Temer could lose his job and Brazil's Congress would have to pick an interim president. The crisis comes just as the largest Latin American economy is showing first signs of exiting its worst recession in history.

So far, analysts say that the court's deliberations point to a narrow acquittal. "Preliminary statements at the TSE indicate a 4-3 victory for Temer," the respected Folha newspaper's website said late Thursday.

The president of the TSE, Gilmar Mendes, has called for "moderation," strongly indicating that he will vote for tossing out the charges.

If found guilty at the TSE, Temer would be able to appeal. But whatever the court's verdict, he still faces an equally serious threat from a probe into alleged obstruction of justice.

Prosecutor General Rodrigo Janot accuses Temer of having agreed to pay hush money to the former lower house of Congress speaker Eduardo Cunha, who is in prison for corruption. Temer says the central piece of evidence -- a secretly made audio recording of a conversation he had with a meatpacking industry tycoon -- was doctored.

Analysts say that if the TSE absolves Temer, Janot could accelerate his own legal assault by presenting formal charges.

In that case, the lower house of Congress would have to approve the charges by a two-thirds majority, likely forcing Temer's ouster. However, the voting process in Congress could be lengthy and Temer is working daily to maintain enough support among legislators to defeat any eventual charges.

If Temer is forced from office, the speaker of the lower house would take over for 30 days during which legislators would choose a new interim president to serve through 2018. The lack of a clear consensus figure is thought to be the major reason why allies have not yet deserted Temer.

However, the main partner to his PMDB party in the ruling center-right coalition, the PSDB social democrats, has become increasingly jittery and was due to meet next week on its stand.