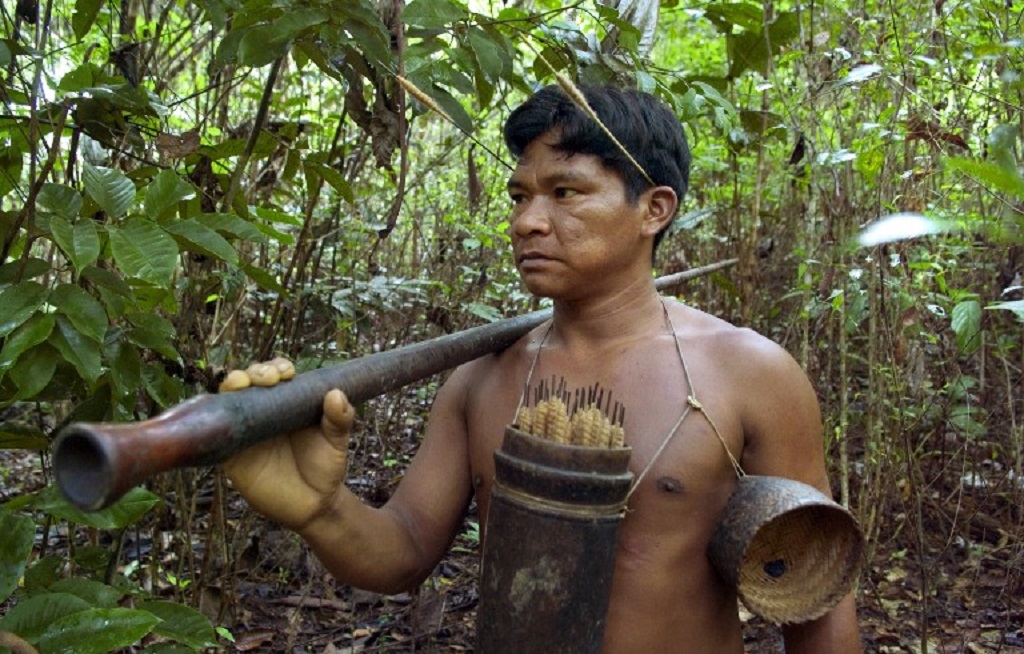 Ado, an Indian Yuhup tribesman living in the Colombian Amazon jungle goes hunting with his sarbacane (blowpipe) on the Jovatella River 04 November 2004.

SAO PAULO – Brazilian prosecutors are investigating the alleged massacre of more than 10 indigenous people from an uncontacted Amazonian tribe by illegal miners operating in the region, an NGO said Friday.

Survival International said the killings allegedly took place last month along the Jandiatuba River in western Brazil but only came to light after goldminers had boasted of the killings.

It said two goldminers had been arrested.

Adelson Kora Kanamari, leader of the Warikama Djapar tribe that occupies the Vale do Javari indigenous land on the border with Peru, said in an interview with the Amazon Real portal that between 18 and 21 indigenous people "have been attacked and killed."

"If these stories are confirmed, President (Michel) Temer and his government bear a heavy responsibility for this genocidal attack," Survival said.

"All these tribes should have had their lands properly recognized and protected years ago. The government's open support for those who want to open up indigenous territories is utterly shameful, and is setting indigenous rights in Brazil back decades," it said.

A court order last week blocked a decree signed by Temer to open up a huge area of the Amazonian rainforest to large-scale mining.

Speaking to Amazonia Real, Kanamari explained that the situation in the region is "very critical."

"The invaders are landowners, hunters, miners. Many (indigenous) are being killed in isolation, but we don't know the exact dates or number of deaths," he said.

The indigenous territory of Vale do Javari lies in an area of about 8.5 million hectares (21 million acres), about 1,200 kilometers (745 miles) from Manaus, capital of Amazonas state.

According to FUNAI, there are at least 14 references to isolated indigenous peoples in the area.

Temer's government has come in for international criticism after rowing back on environmental and indigenous rights issues amid an economic crisis.