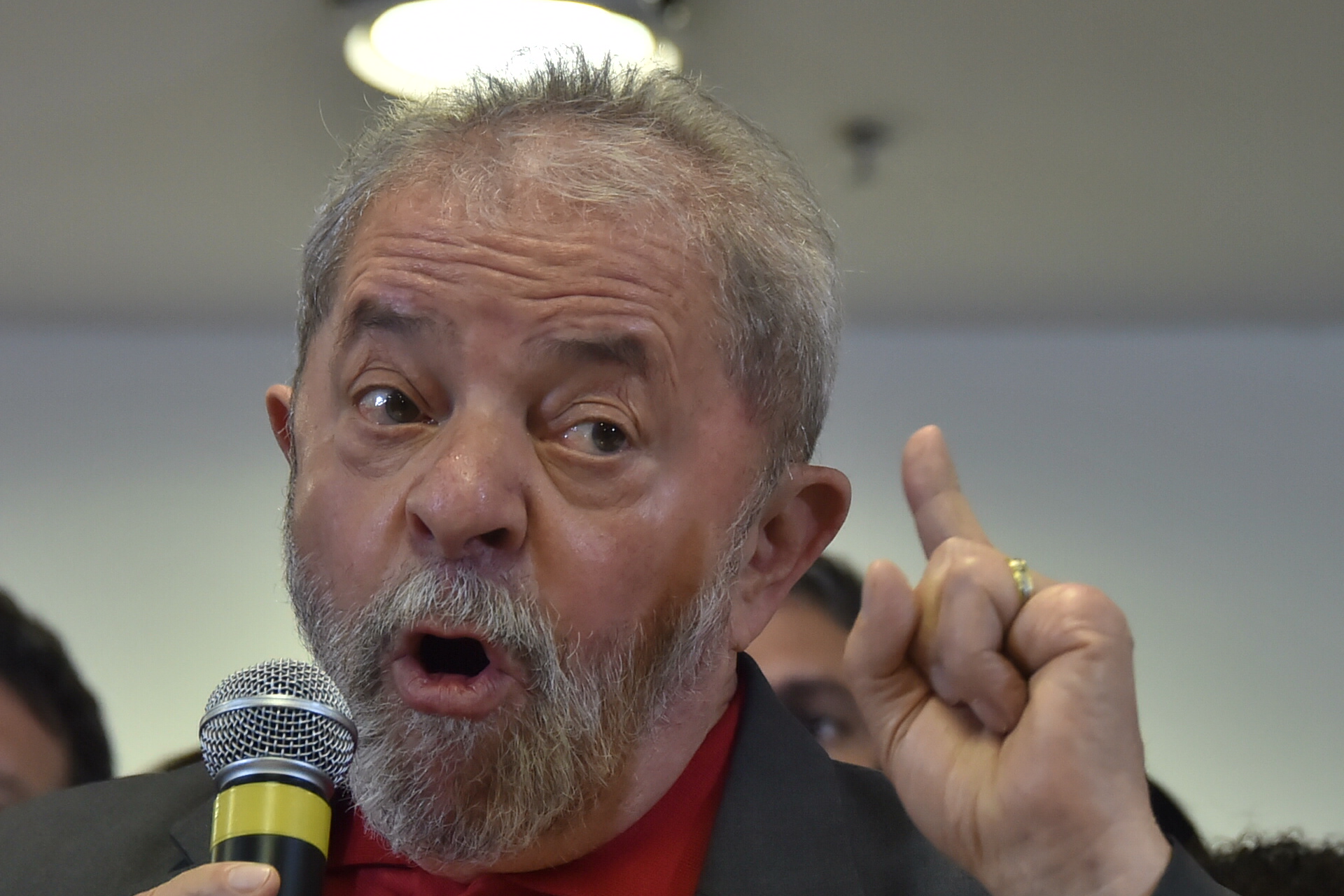 SAO PAULO - Brazil's former president Luiz Inacio Lula da Silva said Saturday that voters would decide his fate, shrugging off his graft conviction and insisting he was still in the presidential race.

It was Lula's second public speech after an anti-corruption judge handed him a nine-and-a-half year sentence on Wednesday, finding the icon of Latin America's left guilty of taking bribes and money-laundering.

Speaking at a Workers' Party event, Lula vowed that "as long as (prosecutors and judges) have not proven anything against me, I'm going to be criss-crossing the country for you."

Lula, who has been leading in voter intention polls, portrayed the verdict as an attempt to prevent him from being a candidate in the October 2018 elections.

"They are having me tried for political reasons," Lula reiterated Saturday, with supporters chanting "Lula: Warrior of the Brazilian people!"

He was Brazil's first democratically elected leftist and is credited with helping lift 30 million Brazilians out of poverty.

Latin America's biggest economy was riding high when Lula was in power, earning an investor-grade rating and winning the rights to host last year's Olympic Games.

His chosen successor, Dilma Rousseff, was impeached and booted from office last year, with her vice president Michel Temer -- a conservative who is now also battling for political survival -- taking over.

Lula said he was convicted "without proof" on Wednesday by anti-corruption judge Sergio Moro, who found that the former president received a luxury beachside apartment and $1.1 million in cash from one of Brazil's biggest construction companies, OAS.

Lula, in power from 2003 to 2010, remains free while his lawyers appeal the verdict.