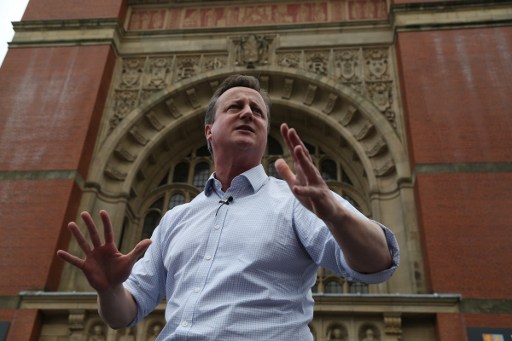 The vote will initiate at least two years of messy divorce proceedings with the EU and put huge pressure on Prime Minister David Cameron to resign.

LONDON - Britain has voted to leave the European Union, results from Thursday&39;s landmark referendum showed, an outcome that sets the country on an uncertain path and deals the largest setback to European efforts to forge greater unity since World War Two.

Sterling suffered its biggest one-day fall of more than 10 percent against the dollar, hitting a 31-year low on market fears the decision will hit investment in the world&39;s 5th largest economy.

The vote will initiate at least two years of messy divorce proceedings with the EU, raise questions over London&39;s role as a global financial capital and put huge pressure on Prime Minister David Cameron to resign, though he pledged during the campaign to stay on whatever the result.

The euro slumped more than 3 percent against the dollar on concerns a Brexit vote will do wider economic and political damage to what will become a 27-member union. Investors poured into safe-haven assets including gold, and the yen surged. European shares were on course to open 6 to 7.5 percent lower.

There was no immediate comment from the Bank of England. Global policymakers prepared for action to stabilise markets, with Japanese Finance Minister Taro Aso promising to "respond as needed" in the currency market.

Yet there was euphoria among Britain&39;s eurosceptic forces, claiming a victory they styled as a protest against British political leaders, big business and foreign leaders including Barack Obama who had urged Britain to stay in the bloc.

"Dare to dream that the dawn is breaking on an independent United Kingdom," said Nigel Farage, leader of the eurosceptic UK Independence Party.

He called the EU a "doomed project".