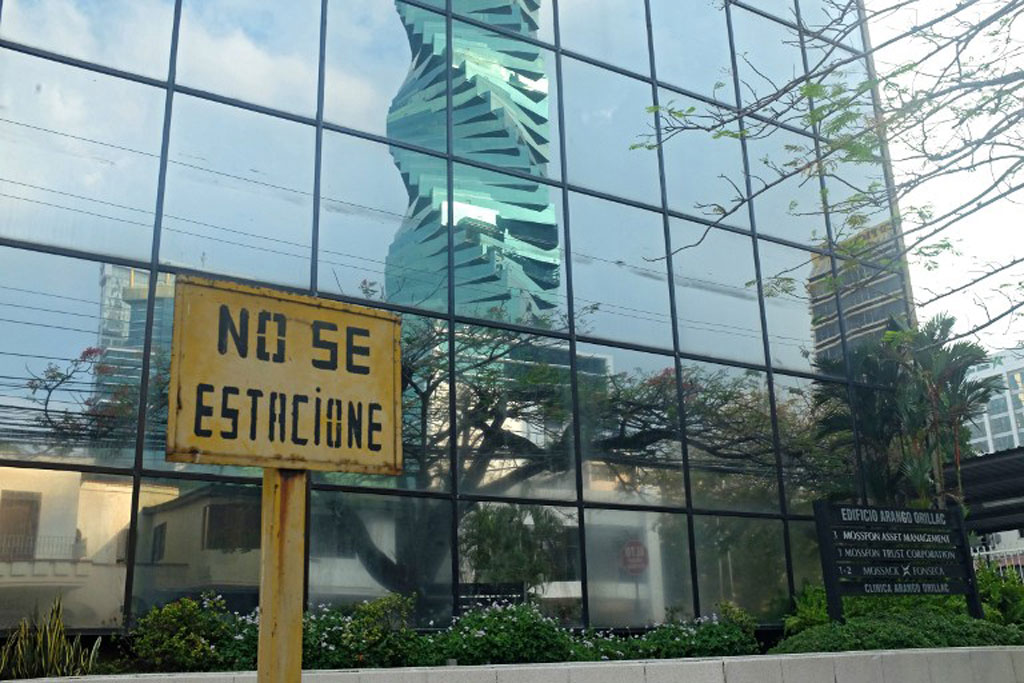 A sign reads "Do not park" outside the building where Panama-based Mossack Fonseca law firm offices are placed in Panama City on April 3, 2016.

.@David_Cameron says he did own shares in his late father&39;s offshore fund and sold them for £30k before becoming PM https://t.co/3M6Vn2JdCI

A host of world leaders, celebrities and sports stars have been caught up in the tempest unleashed by the worldwide media investigation of the 11.5 million documents leaked from Panamanian law firm Mossack Fonseca.

Cameron, who has been on the defensive over the revelations about the secret financial dealings of the rich and powerful, admitted he held a £30,000 stake in an offshore fund set up by his late father.

He told television channel ITV he sold the stake in the Bahamas-based trust in 2010, four months before he became prime minister.

"I sold them all in 2010, because if I was going to become prime minister I didn&39;t want anyone to say you have other agendas, vested interests."

He insisted he had paid income tax on the dividends from the sale of the units, which he bought in 1997.

The Panama Papers have felled Iceland&39;s prime minister and forced other political heavyweights onto the defensive, including Russian President Vladimir Putin, China&39;s Xi Jinping and now Macri, the leading symbol of a budding right-wing resurgence in Latin America.

Argentine federal prosecutor Federico Delgado said he had asked a judge to request information from the national tax authority and anti-corruption office to determine whether Macri "omitted, with malicious intent, to complete his sworn declaration" of assets, a requirement for Argentine public officials.

The conservative president is listed on the board of directors of two offshore firms -- one registered in the Bahamas and the other in Panama.

He did not list either in his financial declarations when he became Buenos Aires mayor in 2007 or president last December.

Macri, who vowed to fight corruption during his presidential campaign, denies wrongdoing and says the firms were legitimate operations set up by his father, a wealthy business magnate.

Argentina may probe its own president, Mauricio Macri, after he is mentioned several times in PanamaPapers https://t.co/lC8x52nbBs

Putin for his part ridiculed the international media probe behind the revelations, deriding it as US-orchestrated and boasting that a year-long investigation had failed to find any mention of his name.

"They combed through these offshore accounts. Your humble servant is not there. What is there to talk about?" Putin said, referring to himself, at a televised forum held in Saint Petersburg.

He denied corruption accusations and warmly defended his friend, cellist Sergei Roldugin, whom the International Consortium of Investigative Journalists (ICIJ) found had "secretly shuffled as much as $2 billion through banks and shadow companies."

The ICIJ coordinated the investigation with more than 100 media groups around the world after the documents were obtained from an anonymous source by German daily Sueddeutsche Zeitung.

Putin lambasted the probe as a Washington conspiracy, pointing to a Twitter post by whistleblowing group WikiLeaks that said "US govt funded PanamaPapers attack story on Putin via USAID."

Though not illegal in themselves, offshore financial transactions may be used to hide assets from tax authorities, launder the proceeds of criminal activities or conceal misappropriated or politically inconvenient wealth.

The leaks have left Panama fighting to salvage its reputation.

Vice President and Foreign Minister Isabel De Saint Malo told AFP the country would open a "technical-level dialogue" with the Organisation for Economic Cooperation and Development on sharing tax information.

The Paris-based, 34-nation OECD, which helps coordinate the global fight against tax evasion, has sharply criticized lawlessness in the Panamanian finance sector, which accounts for seven percent of the Central American country&39;s economy.

The leaks put the embattled world of football back in the spotlight, too.

On Wednesday, Swiss police searched European football body UEFA&39;s Geneva offices as part of a probe into a Champions League television rights deal signed by Gianni Infantino before he became the president of FIFA.

The Panama Papers purportedly showed that Infantino had signed TV rights contracts for Champions League tournaments in 2006 and 2007 with a company headed by two Argentines later caught up in another huge scandal, the US-led bribery investigation rocking world football&39;s governing body.

Uruguayan Juan Pedro Damiani was meanwhile forced to resign as a FIFA ethics judge after he was also named in the Panama Papers, which come from around 214,000 offshore entities and cover almost 40 years.

In Iceland, former agriculture minister Sigurdur Ingi Johannsson was sworn in as premier after his predecessor, Sigmundur David Gunnlaugsson, was forced out over allegations he hid millions of dollars of investments in the country&39;s banks.

Many of the world&39;s top banks have also been named in the leaks, including HSBC, UBS, Credit Suisse and Societe Generale, as creating thousands of offshore companies.

European banking shares took a pounding Thursday after British and French regulators ordered lenders to come clean on any links to the scandal.