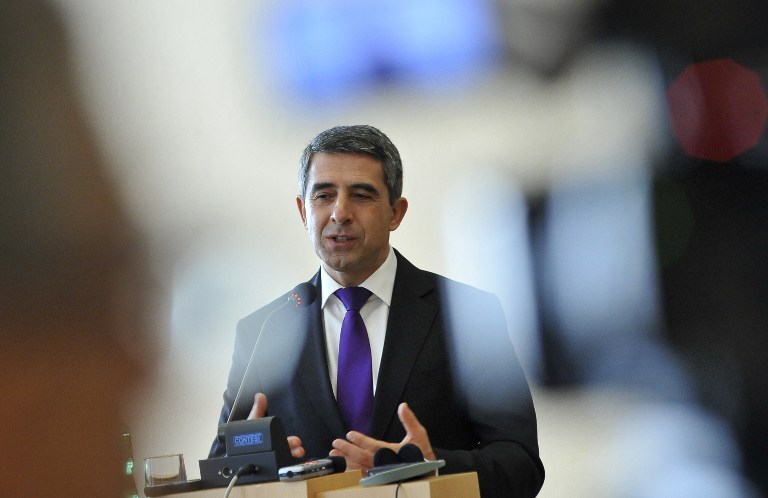 Bulgaria's president Rosen Plevneliev. Bulgaria's premier and president issued a joint appeal against xenophobia following a number of racist incidents as the European Union's poorest country struggles with an influx of Syrian refugees.

SOFIA - Bulgaria&39;s premier and president issued a joint appeal on Tuesday against xenophobia following a number of racist incidents as the European Union&39;s poorest country struggles with an influx of Syrian refugees.

"In recent days we have witnessed some alarming incidents, criminal attacks, attempts to stoke hatred and calls for refugees to be expelled," said prime minister Plamen Oresharski and president Rosen Plevneliev.

"These are extremely dangerous and unacceptable acts that must be categorically denounced," they said, warning of a "serious blow" to the former communist country&39;s "European image".

Bulgaria&39;s asylum centres have become severely overcrowded after being inundated by almost 10,000 refugees this year, half of them fleeing the civil war in Syria.

The influx has fuelled anti-immigrant feeling and a surge in far-right rhetoric in a country already struggling with dire poverty.

Tensions rose in early November when a young woman was stabbed by an Algerian asylum seeker who allegedly tried to rob her shop in Sofia, leading to nationalist demonstrations.

In three separate incidents since, an 18-year-old Malian immigrant, a Cameroonian woman and a Bulgarian Muslim man were all beaten up on the streets of the capital. The latter remains in a coma.

A new far-right party was founded in Sofia on Sunday on an anti-immigration platform.

And support for the ultra-nationalist Ataka party, which has 23 seats in parliament, has doubled in two months, polls show.

Prosecutors have opened probes into several instances of incitement to racial hatred.

"Poverty and the unprecedented influx of immigrants make for an explosive combination," analyst Tihomir Bezlov of the Sofia-based Centre for the Study of Democracy told AFP.

The problems were set to deepen, he predicted, as the low-skilled jobs usually available to immigrants in western Europe are already taken here by poor Bulgarians and people from the Roma minority - leaving the newcomers few options to make a living.

"We want to leave. We feel just as insecure here as in our own country. Being black here is like being nothing. We get insulted and beaten up all the time," Congolese immigrant Christian Ndinga told AFP in downtown Sofia.

Earlier this month the government announced an action plan aimed at speeding up the expulsion of purely economic migrants and increased security measures along the country&39;s mountainous border with Turkey.