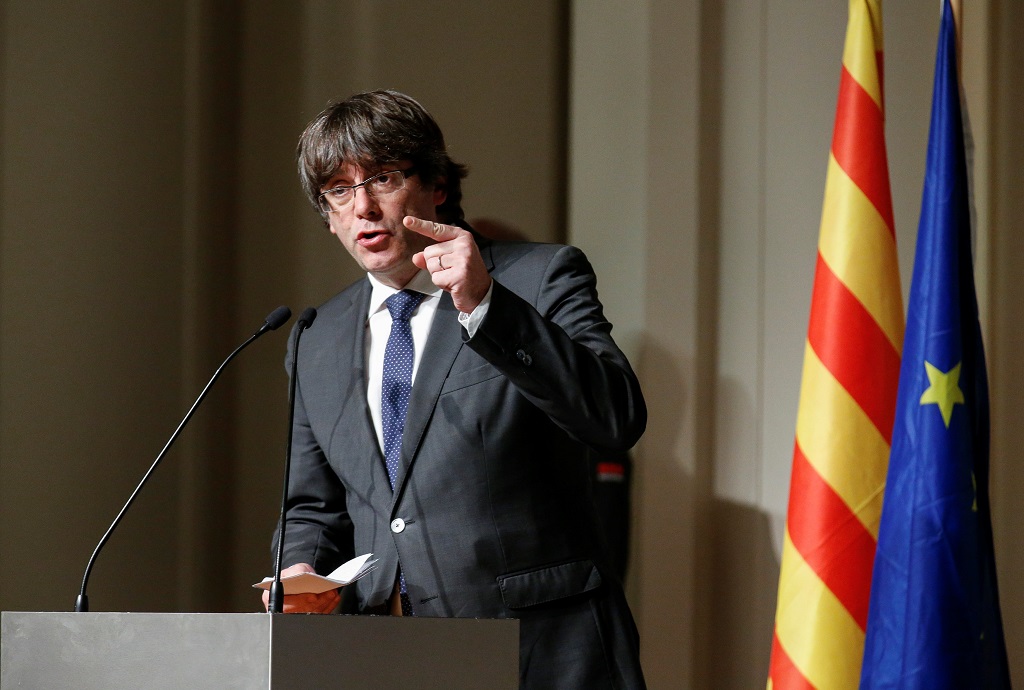 BRUSSELS - Axed Catalan separatist leader Carles Puigdemont appeared in court in Belgium on Friday for a hearing on whether to send him back to Spain to face charges of rebellion and sedition over his region&39;s independence drive.

Madrid issued a European arrest warrant for Puigdemont and four of his former ministers after they fled to Brussels last month and ignored a summons to appear before a Spanish judge, claiming they would not get a fair trial.

A judge in Brussels will hear arguments behind closed doors from prosecutors and lawyers for the Catalan separatists over Spain&39;s extradition request in the first round of what could become a protracted courtroom battle, with both sides expected to appeal if they lose.

This could leave Puigdemont and his cadres still in Belgium when Catalonia goes to the polls on 21 December for an election ordered by Madrid to "restore normality" to the wealthy northeastern region.

"We are going to ask the Belgian judge to respect fundamental EU rights," Michele Hirsch, a lawyer for two of the ex-ministers, told AFP.

"The act of organising a referendum is not a matter for criminal law. It is clearly a political opinion that is being targeted, and the peaceful and democratic execution of a series of events linked to that opinion," she said.

READ: What next as Catalan crisis escalates?

An aide to Puigdemont told journalists he had arrived at the Palace of Justice in Brussels shortly before the scheduled 2pm start of the hearing.

Puigdemont&39;s self-imposed exile is proving a headache for Belgium, whose fragile coalition government includes Flemish nationalists sympathetic to the Catalan cause.

Belgian Prime Minister Charles Michel met his Spanish counterpart Mariano Rajoy on the sidelines of an EU summit on Friday in Gothenburg, Sweden, though sources said they talked about "the future of the EU" and other issues - not Catalonia.

On Thursday night Puigdemont had dinner at the home of a politician from the Flemish separatist N-VA party.

The hearing is the latest act in Spain&39;s biggest political crisis in decades, sparked by a banned 1 October referendum that the Catalan parliament then used as a mandate to declare independence.

Madrid in response dissolved the regional assembly and dismissed the Catalan executive, and eight former ministers are behind bars in Spain on charges of sedition, rebellion and misuse of public funds.

The five who fled to Brussels went to a Belgian police station on November 5 to answer the warrant and were freed that evening after hours of questioning, on condition that they do not leave Belgium.

READ: Catalan ex-leader says independence not only solution to crisis

Under Belgian law, a decision on a European arrest warrant - brought in by the EU to speed up the once-lengthy extradition process in the bloc - should be made within 60 days.

The case will be heard by a Dutch-speaking judge -- defendants in linguistically divided Belgium have the option to choose which language the judge hearing their case speaks, and the Catalans have won support from Dutch-speaking Flemish separatists in Belgium.

The judge is expected to give an initial judgment in eight to 10 days.

But at the weekend the country&39;s justice minister warned that with appeals, the process could last up to three months.

Puigdemont, 54, who still describes himself as Catalonia&39;s "president", has been active in the media since arriving in Belgium, but his efforts to internationalise the crisis have fallen flat with EU leaders who have closed ranks behind Madrid.

In an interview with Scotland&39;s former independence leader Alex Salmond on the Kremlin-backed RT outlet on Thursday, Puigdemont remained defiant, declaring "we will win finally, democracy will prevail".