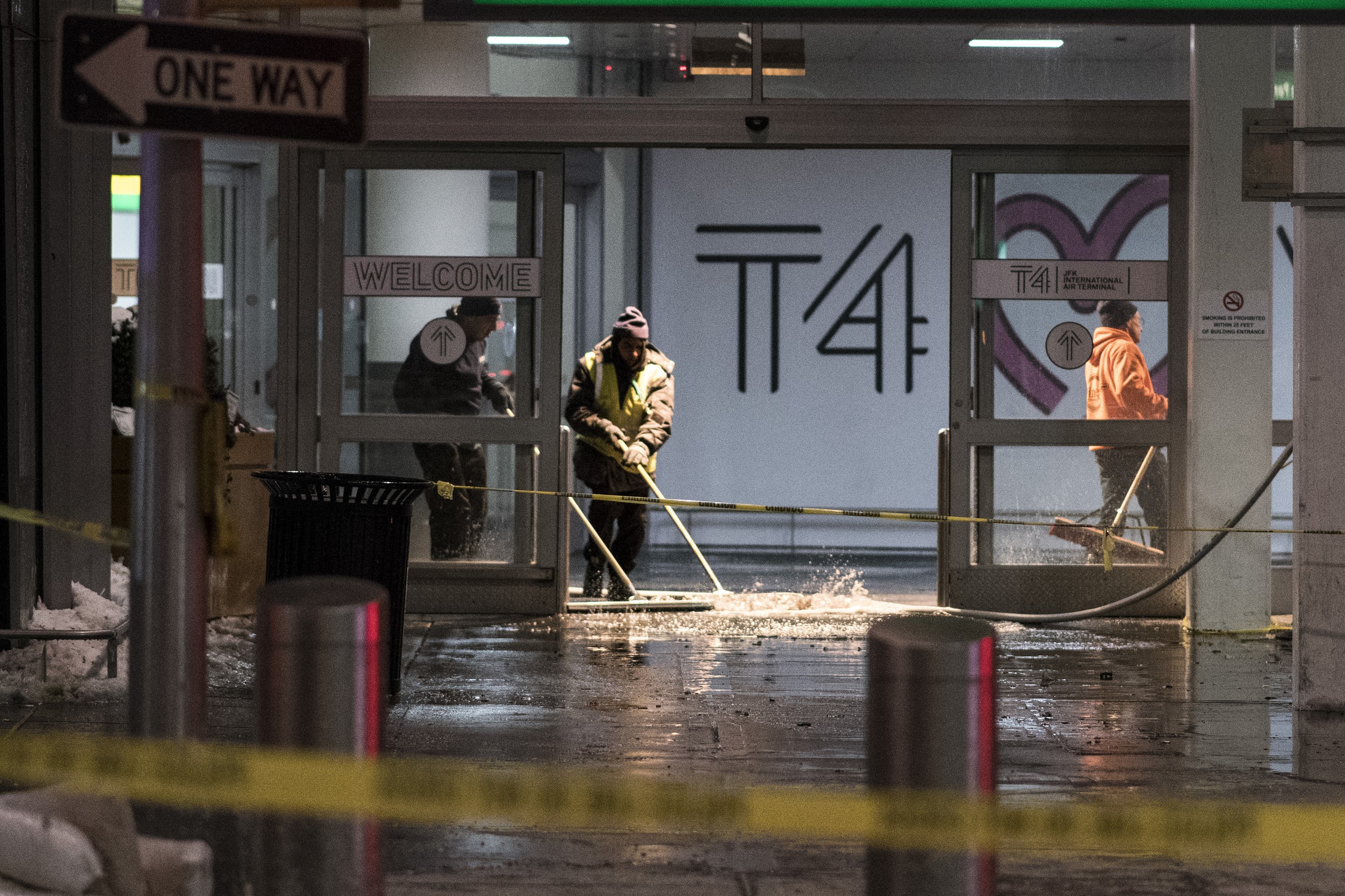 International flights were suspended into a flooded terminal at New York's flagship airport on Sunday, flung into chaos after a water main broke during brutally cold temperatures following a deadly winter storm.

Water poured from the ceiling and the arrivals area was submerged by around three inches (eight centimeters) of water, through which a few intrepid passengers picked their way gingerly, CNN footage showed.

"What happened at JFK Airport is unacceptable," admitted Rick Cotton, executive director of the Port Authority of New York and New Jersey, which is responsible for area airports. "We will hold those responsible accountable for any shortcomings we find," he added.

The incident highlighted complaints about poor infrastructure serving the US financial capital, home to 8.5 million people, with a crisis in the subway and derailments in recent years on commuter trains.

The cause of the break appeared to be "weather-related" but would be investigated, as would why the pipe had not been weather protected and whether other failures contributed to the disruption, officials said.

After the pipe broke and water began flooding the terminal, power to the affected areas was shut off for safety reasons, officials said.

Tempers flared for days among exhausted travellers, forced to sleep on the floor of terminals, with others stranded on planes for hours waiting to access a gate and massive delays in baggage claim.

Hugo Zylberberg, a 28-year-old researcher, said while his 11-hour flight from Egypt was on time, it took an hour to find a gate, another hour at customs and then an hour and a half to wait for his luggage.

"There&39;s still like a hundred people waiting for their luggage," he told AFP. "I&39;m pretty exhausted. I&39;m waiting to get home. It&39;s kind of crazy," he said. "People were starting to be pretty angry."

Rajesh Varadarajan, a 41-year-old software consultant en route from India to Trinidad, whose connecting flight to the Caribbean had been delayed more than 24 hours, sat JFK cut a poor comparison to airports such as Dubai or Singapore, and newer airports in his home country.

On Saturday, Terminal One was briefly closed and 94 flights cancelled and 17 diverted, as the extreme cold and storm recovery "created a cascading series of issues," said the Port Authority.

The US East Coast has been gripped by days of record-breaking cold temperatures after a storm Thursday, dubbed a "bomb cyclone," which was blamed for at least 22 reported deaths.

Boston, which saw some of the heaviest snow from the storm, froze with a Sunday morning low of minus two degrees Fahrenheit (minus 19 degrees Celsius) -- matching the previous January 7 record in 1896.

Highs below freezing lingered on the East Coast as far south as North Carolina, with temperatures due to rise from Monday.