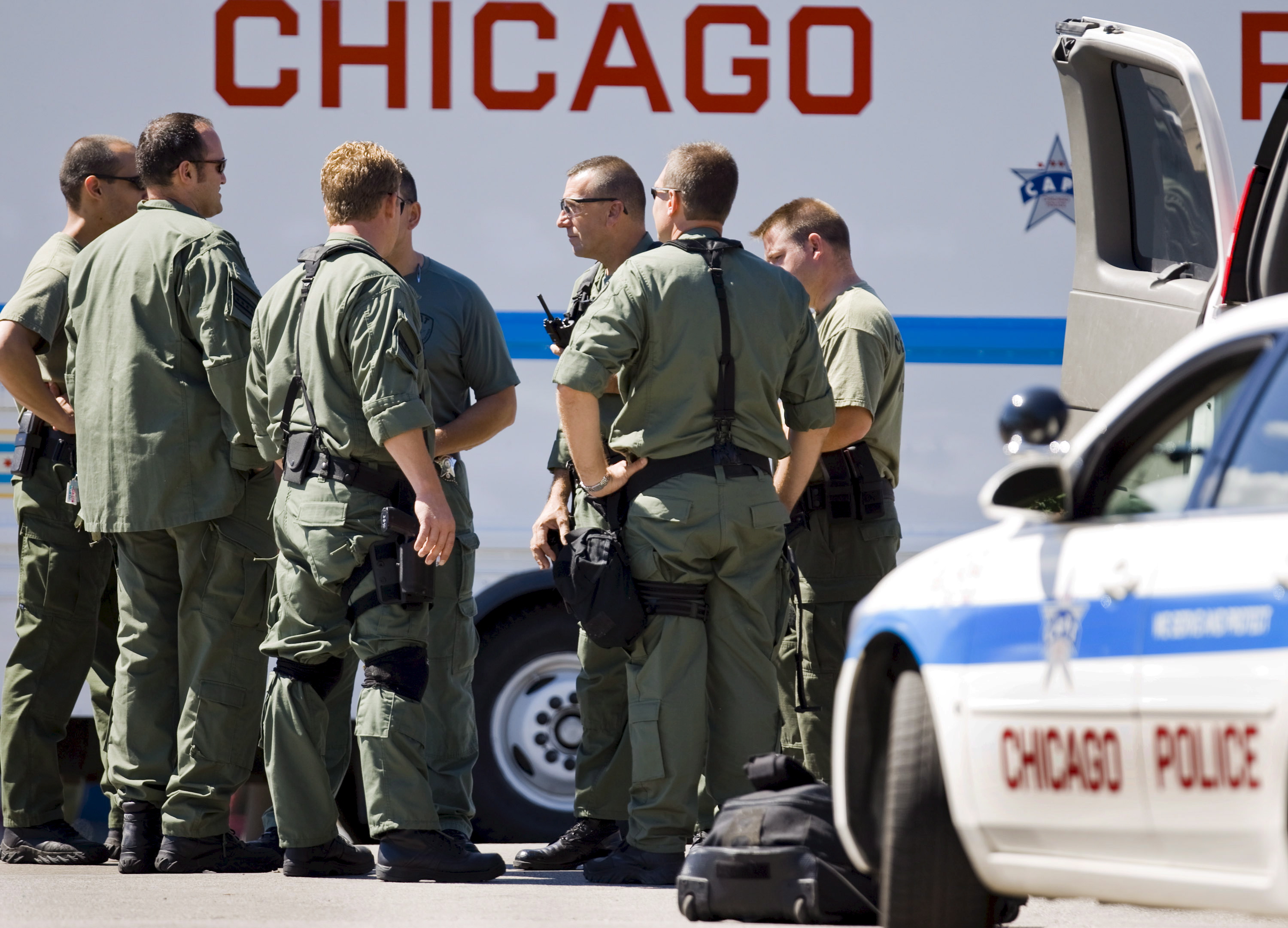 File: A white Chicago police officer who shot a black teenager in an incident caught on video is expected to be charged with first-degree murder.

CHICAGO - The white Chicago police officer who shot a black teenager in an incident caught on video is expected to be charged with first-degree murder and appear in a bond hearing on Tuesday, city newspapers reported, citing unnamed sources.

Community leaders who met with Mayor Rahm Emanuel said they expected protests on Wednesday, when the city plans to release the video of the October 2014 fatal shooting.

It shows Laquan McDonald (17) being shot 16 times by police officer Jason Van Dyke, who is on administrative duty while state and federal prosecutors investigate.

The Chicago Tribune and Sun-Times both reported the murder charges are expected to be filed on Tuesday against Van Dyke.

Citing unnamed sources, the papers said Van Dyke would turn himself in on Tuesday morning and be processed, fingerprinted and charged before his bond hearing at noon.

Emanuel called in community leaders and pastors for meetings on Monday aimed at preparing for public reaction to the video.

The footage from a patrol car dashboard camera is being released as a result of a judicial order stemming from a lawsuit brought by a freelance journalist.

The police union opposes the release of the video, which will be evidence if Van Dyke is charged.

McDonald&39;s death came at a time of heightened national scrutiny of police use of lethal force, especially against black men.

Protests over police actions have rocked a number of US cities over the past year and a half.

In Chicago, police have said McDonald threatened them with a knife and slashed at the tires and windshield of a patrol car.

The video shows him moving away from police at the time he was shot, said a lawyer for McDonald&39;s mother, who has seen the footage.

McDonald&39;s relatives received a $5-million civil settlement from the city, even though they had not filed a lawsuit.

From 2008 to 2014, Chicago had an average of 50 fatal and non-fatal police shootings a year, more than bigger cities like New York and Los Angeles.

Almost all the Chicago shootings were found to be justified.