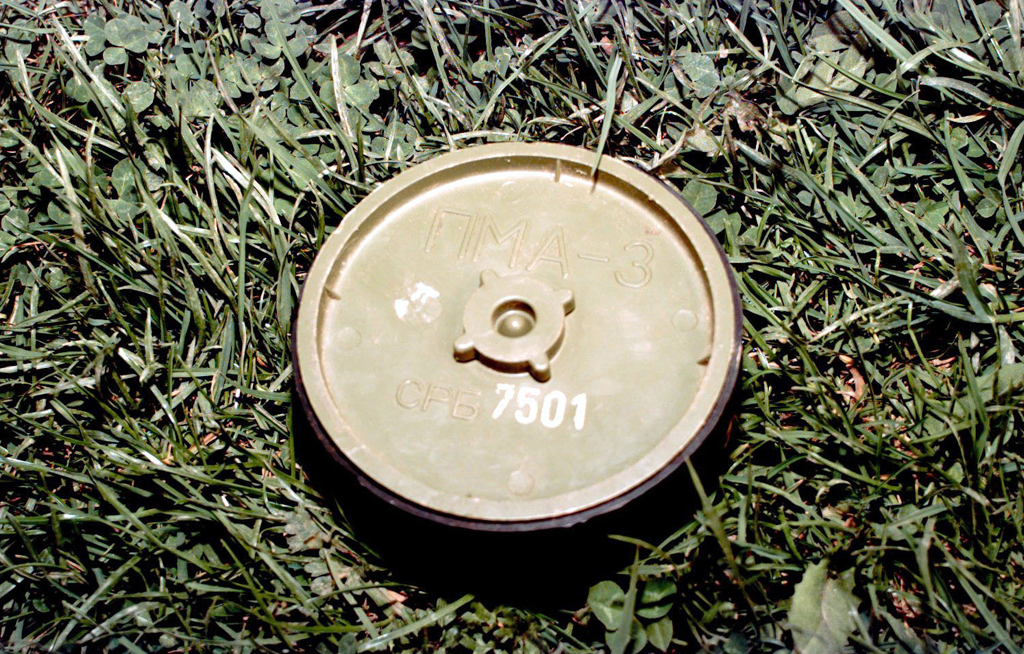 Photo of a landmine.

LA PAZ, Bolivia - Chile has dug up and dismantled 80 percent of the landmines planted along its border with Bolivia, belatedly complying with a landmark international treaty, Bolivia's defence minister said Wednesday.

The mines, a relic of the 1970s when Chile planted landmines along its borders under the dictatorship of Augusto Pinochet, have long been a source of tension with Bolivia.

"The report is that (the Chilean military) have already dismantled 80 percent of the mines. We are talking about 181,000 antipersonnel and anti-tank mines and there are 26,000 mines remaining," Defense Minister Reymi Ferreira said in a progress report to the government.

La Paz had officially called on Santiago in late 2015 to address its failure to comply with the Ottawa Treaty, which set a final deadline of 2012 for all mines to be cleared from the 975-kilometer (605-mile) border.

La Paz and Santiago have not had full diplomatic relations since 1978.

Bolivia recently took Chile to the International Court of Justice in a water dispute involving the Silala spring, which Santiago claims is an international waterway of shared use.