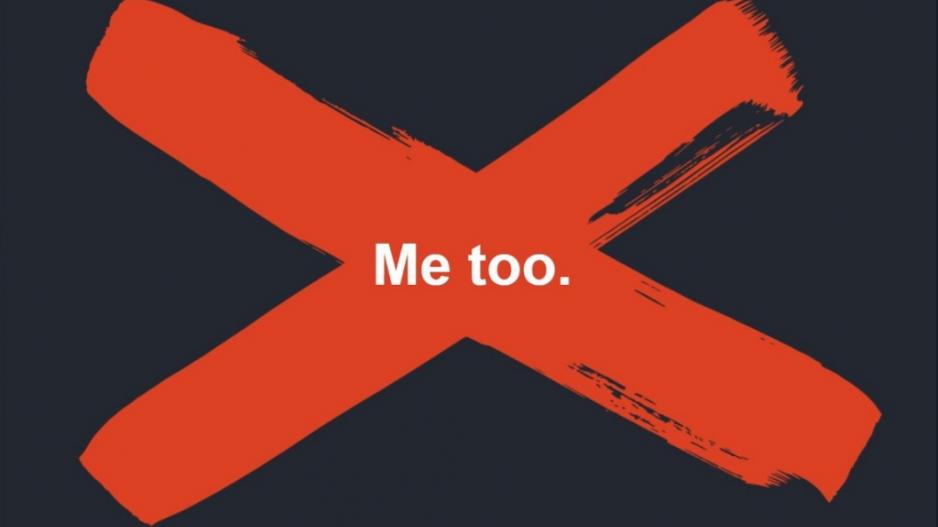 metoo was trending globally on Monday.

BEIJING - Former doctoral student Luo Qianqian was "amazed" that her sexual assault story went viral in China, inspiring other women to denounce rampant harassment on campuses and unleashing a MeToo movement in the country despite censorship challenges.

Before she accused her professor of assaulting her, under the pretence of asking for help watering his plants, MeToo had been slow to catch on in China.

Ten days later, Beijing&39;s Beihang University stripped computer scientist Chen Xiaowu of his position as vice-director of the graduate school after an investigation established he had sexually harassed multiple students.

The hashtags "Me too" and "Me too in China" quickly became trending topics on Weibo, with many more people speaking about their assaults.

But while Communist authorities have allowed the movement to emerge, they have done so within limits -- as they often do with hot social issues -- censoring some content as the topic spread on social media.

Collective action is risky in China, where courts have sentenced signatories of petitions calling for legal reform to years in jail for crimes like "subversion".

But in a rare show of solidarity among intellectuals, more than 50 professors from over 30 colleges have signed an anti-sexual harassment manifesto.

Amid the uproar, the education ministry said it had a "zero tolerance" policy and will establish a new mechanism to prevent sexual harassment.

"The ministry&39;s response was really a surprise because it&39;s a commitment from our country. I&39;m very glad my country is finally making this move," Luo told AFP.

It was also a far cry from the harsh response in 2015, when Beijing police detained five feminist campaigners planning to distribute leaflets against domestic violence, releasing them a month later.

Since then, women&39;s rights groups have been forced to suspend operations and several feminist activists told AFP police have suggested they tone down their activity.

There is no legal definition of sexual harassment in China and no national regulations on how to handle sexual assault cases in schools and workplaces.

Sexual harassment is a sensitive topic in China, where political leadership is a man&39;s world with only one woman in the Communist Party&39;s elite 25-member Politburo.

Dozens of senior politicians netted in an ongoing anti-corruption campaign have been accused of paying for sex or engaging in "power for sex" trades, and several officials have been convicted of raping underage girls.

"It is well documented that many Chinese officials treat women like playthings to use for pleasure," human rights lawyer Guo Jianmei told AFP.

"The whole fabric of Chinese society disadvantages women. It&39;s nearly impossible to sue about sexual harassment because courts have no framework on how to process cases."

As the MeToo movement gains momentum, authorities have begun to censor online posts to ensure they don&39;t move in the "wrong" direction, observers say.

In the past week, censors deleted hundreds of social media posts with the tag "Me too in China" and closed related topic forums.

"Determined users can still have discussions in new channels. That is what I call &39;soft censorship&39;," said Sandra Fu, who tracks Chinese internet trends at the US-based China Digital Times.

Some online petition signers have been called in for questioning, according to Chinese feminist activists.

"Students who signed my open letter on sexual harassment were questioned by their professors," said Xiao Meili, who penned a letter to her alma mater, the Communication University of China.

"They were asked, &39;Why write to the school? What was the point?&39; They also asked students whether they were influenced by foreign forces," Xiao told AFP.

Yet state-run media has continued to report about the movement, with the Global Times newspaper running a piece last Friday titled, "The MeToo Hush-up" about harassment victims encountering censorship and threats.

While MeToo has shaken artistic, media and political circles globally, in China the discussion has focused on universities. Activists are pushing to extend the dialogue to the workplace, with training on how companies can deal with harassment.

Many people are too scared of losing their jobs to speak out, but MeToo has made huge strides in raising awareness, said Zhang Yajun, a Beijing podcast host.

"When I was young, I had no concept of sexual harassment so when a boss knocked on my hotel room in the middle of the night during a business trip, it didn&39;t occur to me to report to anyone," she said.

"I definitely feel more optimistic now than last month because suddenly this broad conversation is happening."