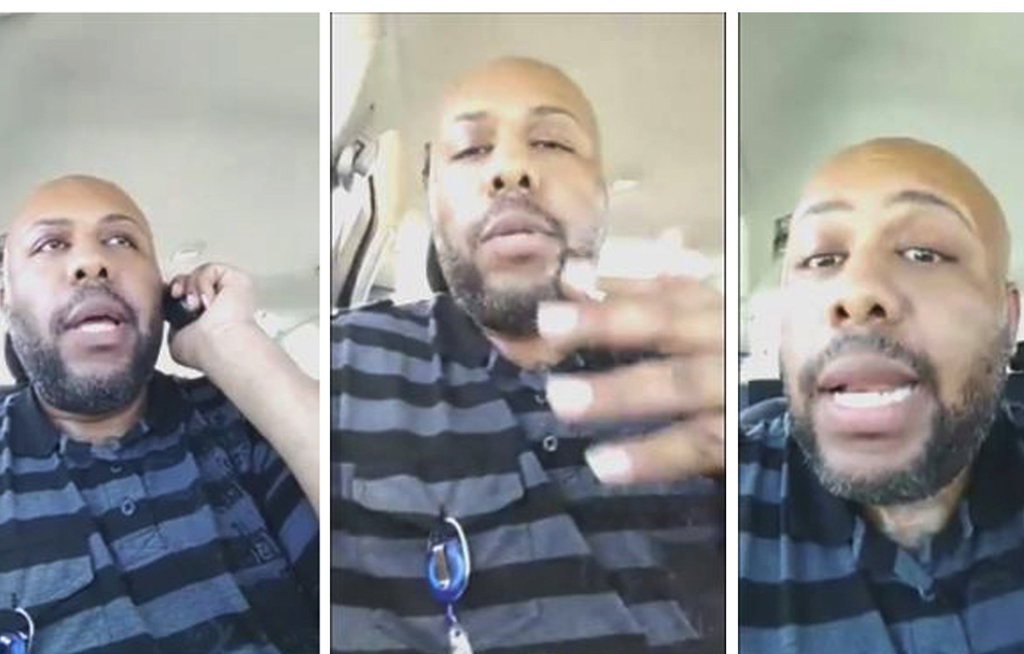 A man who identified himself as Stevie Steve is seen in a combination of stills from a video he broadcast of himself on Facebook in Cleveland, Ohio, US April 16, 2017.

CLEVELAND, United States - Cleveland police were searching for a suspect they said broadcast video of himself on Facebook killing a person on Sunday and claiming that he had murdered others.

The Cleveland Division of Police said it was looking for Steve Stephens in connection with the killing of an individual in the city, whom police did not identify. It said he was armed and dangerous.

"Suspect did broadcast the killing on Facebook Live and has claimed to have committed multiple other homicides which are yet to be verified," the police said in a statement, referring to social-media network Facebook Inc's live-streaming video service.

It said Stephens may be driving a white or cream-colored sports utility vehicle.

In January, four black people in Chicago were accused of attacking an 18-year-old disabled white man and broadcasting the attack on Facebook Live while making anti-white racial taunts. The incident prompted international outrage.

A month later, the accused pleaded not guilty to assaulting the man, whom prosecutors described as schizophrenic.