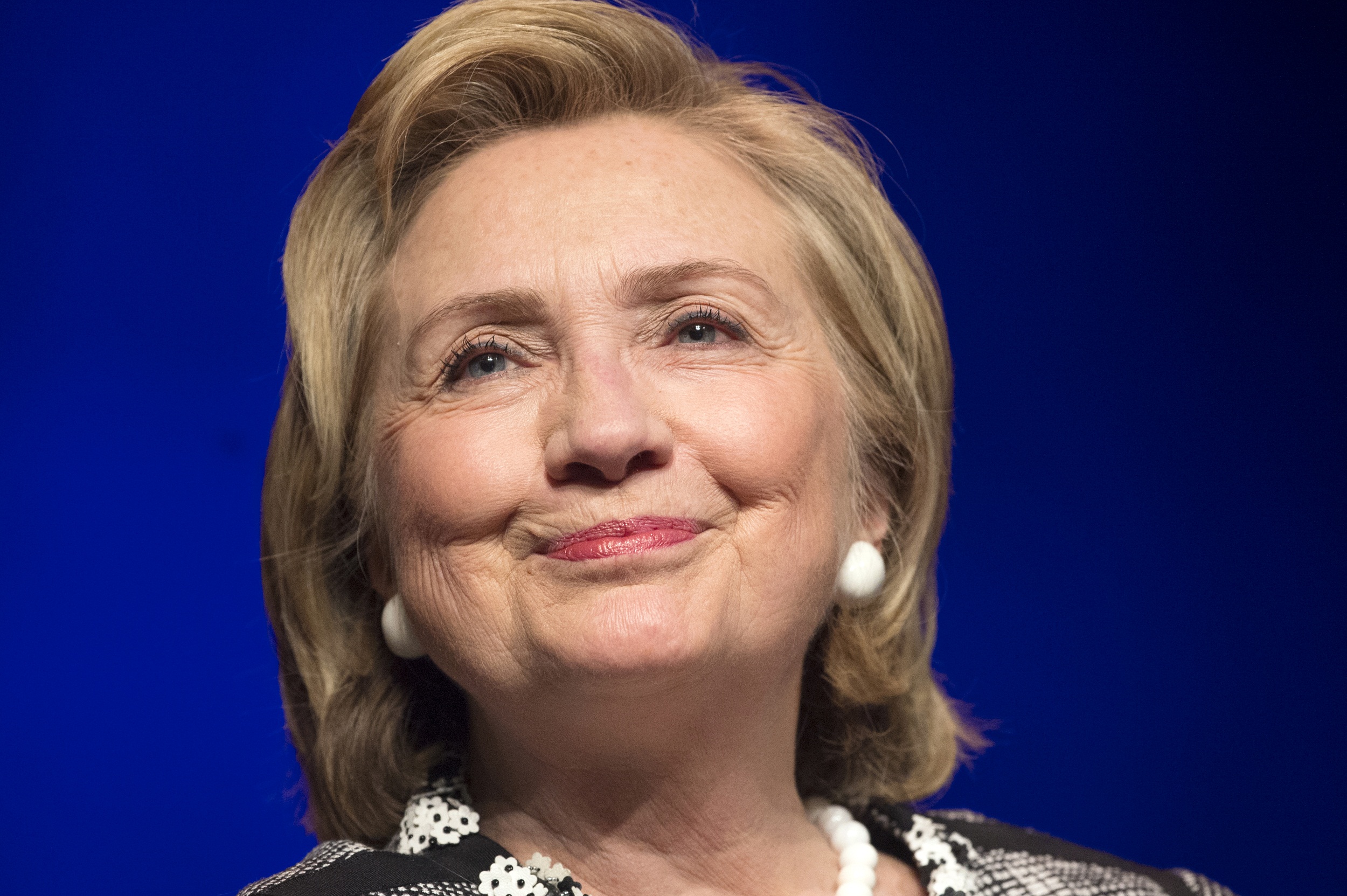 WASHINGTON – Her campaign barely three weeks old, Hillary Clinton already has been attacked by Republicans on everything from donations to her family&39;s charitable foundation, to her tenure as secretary of state and her ties to Wall Street.

But her rivals, and the political action committees that support them, are treading more carefully on one incendiary subject: her age.

If elected in November next year, Clinton would be, at 69, the second-oldest person to take the presidential oath for the first time, behind only Ronald Reagan, who turned 70 weeks after being sworn into office in 1981.

Questions of health and fitness for the presidency dogged two former candidates of a similar age, Bob Dole in the 1996 election and John McCain in 2008, each of whom was 71 at this point in the race.

Time magazine featured Dole on the cover asking whether he was "too old" for the job.

McCain was so determined to show that he was healthy that he often put in back-breaking campaign days.

"I do think age is an issue in a presidential campaign," said Steve Schmidt, who was McCain&39;s campaign manager.

"There is a thin line between seasoned and decrepit."

But several Republican campaigns that seem best positioned to exploit it don&39;t want to touch the issue – at least directly.

That&39;s a shift from just a few months ago, when presidential hopefuls senator Rand Paul, 52, and Wisconsin governor Scott Walker, 47, explicitly referenced Clinton&39;s age as a possible disqualifier, and Senate Majority Leader Mitch McConnell likened her to a cast member of the hit TV show The Golden Girls, which featured four older women living together.

"It&39;s a rigorous physical ordeal, I think, to be able to campaign for the presidency," Paul said in November, referring to Clinton&39;s age.

Now, however, Paul&39;s presidential campaign doesn&39;t want to talk about the issue. It declined further comment.

As did Walker&39;s political action committee, even though last autumn, he, too, noted that he could run for president "20 years from now" and be the same age Clinton is today.

Campaign aides to Paul, Walker and Senator Marco Rubio, 43, as well as Republican strategists, told Reuters there was little appetite in the party at the moment for a direct assault on Clinton on the issues of her age and fitness for office, even after a 2012 fall that gave her a concussion and caused a potentially life-threatening blood clot.

Similarly, anti-Clinton political action committees such as American Crossroads, America Rising, and Citizens United said they had no plans to launch ads centred on her age.

"It&39;s unwise to attack a political opponent based on her immutable characteristics, like race, gender and age," said Republican pollster Kellyanne Conway.

She said she has met with at least five Republican presidential campaigns seeking her services and none of them has indicated they want to go after Clinton on issues involving her age.

With Clinton swamped by questions about foreign donations to the Clinton Foundation and criticism of her use of a private e-mail server while at the State Department, there is also simply no reason at the moment to engage in an attack that could be more divisive than beneficial, Republican strategists said.

They fear that highlighting Clinton&39;s age could alienate women voters whom Republicans need to be competitive in next year&39;s general election.

There is little evidence that Democrats and independent voters are concerned about having another president in their 70s.

A Reuters/Ipsos poll conducted this month showed that Clinton&39;s age would not influence how 67 percent of Democrats and 72 percent of independents voted in November next year.

And rather than downplay her age, Clinton in recent campaign events in Iowa and New Hampshire embraced her role as a grandmother, striking sympathetic notes with other older women in the room about the responsibility of raising a grandchild.

Supporters have also sought to dismiss any concerns about her age as sexist, noting that she&39;s the same age as Mitt Romney when he ran four years ago.

Romney largely avoided any protracted discussion about his health.

While eschewing direct attacks, some of the Republican presidential hopefuls have found other ways to strongly hint that Clinton&39;s age should be an issue for voters.

They have repackaged the issue as "generational" and suggested she is a product of the politics of the 20th century.

That argument will grow more vivid should Clinton face a candidate who could be a generation younger than her in the general election.

"When you look at Hilary Clinton&39;s age, it becomes an issue in a general election if she&39;s running against a 40-something new face as opposed to governor Bush," said Schmidt.

Rubio, a quarter century younger than Clinton, referred to her as a "leader from yesterday" when he announced his candidacy last month.

"We welcome the contrast (with Clinton)," said a top adviser to Rubio.

"This election is going to be about the future."

Clinton&39;s campaign declined to comment on the various statements by the Republican hopefuls, referring questions to Correct the Record, a rapid-response operation run by the pro-Clinton group American Bridge.

A spokeswoman, Adrienne Watson, said it was Clinton&39;s rivals, not her, who were behind the times.

"I&39;m sure all Americans, Republicans included, would appreciate it if Republican leaders would join (Clinton) in talking about our future."

She saw Rubio&39;s comments as a coded attack on Clinton&39;s age.

"Marco Rubio basically disqualifies himself to be president when he diminishes any American for being too young or old or anything else," Watson said.

Yet Rubio&39;s approach is similar to the one employed by Clinton&39;s husband, Bill, in his re-election campaign against Dole in 1996.

"I don&39;t think Senator Dole is too old to be president," Clinton said at one debate.

Dick Morris, who served as Bill Clinton&39;s campaign manager, said it was a subtle enough way to remind voters of the age difference between the two candidates.

"What we did is adopt a whole strategy based on issues that would summon the memories and ideas of age without articulating it."

Dole released his medical records in 1995 to assuage concerns about his age.

But the damage control was not entirely successful: he mistakenly called the Los Angeles Dodgers baseball team "Brooklyn", and he tumbled off a stage during a rally.

Hillary Clinton, too, had what her husband seemed to term a "senior" moment in 2008 when she erroneously claimed she had come under sniper fire while on a trip to Bosnia as first lady.

Bill Clinton blamed the episode on his wife being exhausted, adding that her critics, "when they&39;re 60, they&39;ll forget something when they&39;re tired at 11 at night, too."