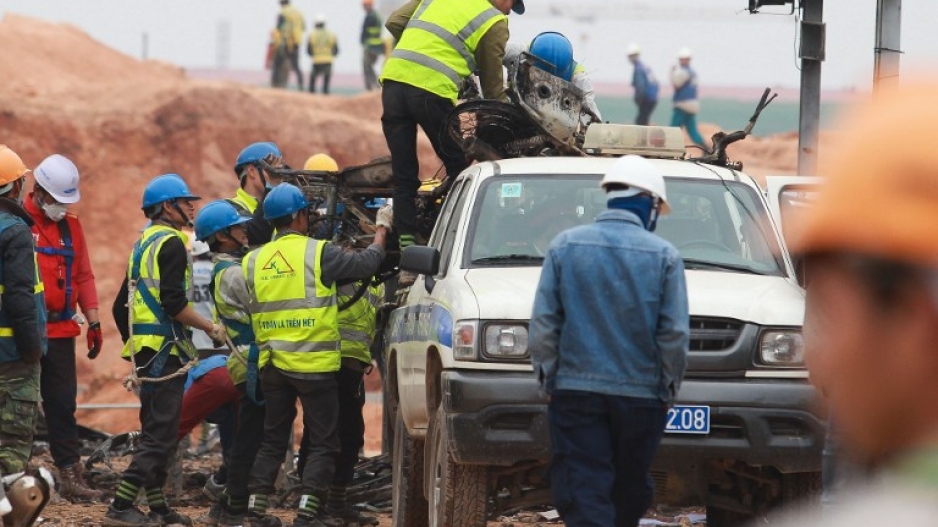 This picture taken on January 9, 2014 shows burned furniture and motorcycles being loaded onto a police truck after a riot by workers at the site of construction of a Samsung factory in northern province of Thai Nguyen.

HANOI - Vietnamese police said Friday they had launched an investigation into a riot at a multi-billion dollar Samsung factory that left 13 people injured, four critically.

"We have opened an investigation into the regrettable disorder in which 11 factory guards and two policemen were injured," Nguyen Nhu Tuan, director of the provincial police, said.

"This is a serious matter because some workers even attacked and injured local policemen who were brought in," he said, adding that it took about four hours to restore order.

According to reports in state-run media, the violence was sparked when a worker, who had arrived late, was beaten by security guards when he tried to enter the site.

Hundreds of other workers then hurled bricks and rocks at the guards before setting fire to containers being used as offices and dozens of motorbikes.

Videos of the violence posted on YouTube, which AFP was unable to verify, showed huge plumes of smoke rising over the factory complex.

Samsung said in a statement that there had been "a brief altercation" at its site in Thai Nguyen but said "the construction work in the area was not affected".

"We will do our utmost to prevent any such incidents from recurring in the future," the company said in a statement posted on its official blog.

Violent labour disputes are uncommon in authoritarian Vietnam where the communist government is attempting to attract more high-tech manufacturing, in a bid to move away from traditional exports of garments and low-end agricultural products.

A number of tech firms, including Samsung, Intel and Nokia, have set up manufacturing bases in Vietnam, which has far lower labour costs than neighbouring China, with a minimum wage of between $90 and $130 a month.