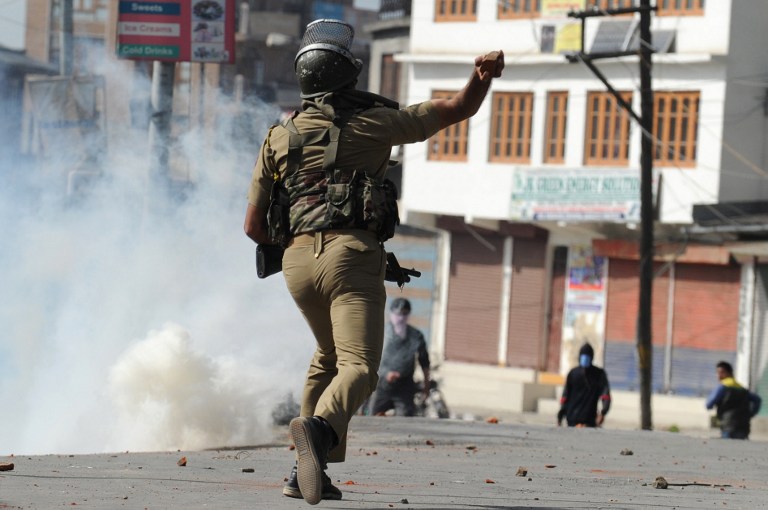 An Indian security guard throws a rock towards Kashmiri protesters during clashes in Srinaga.

SRINAGAR - Indian police shot dead a 16-year-old boy on Saturday during an anti-India demonstration in Kashmir as a separatist strike shut down the Himalayan region on a second day of violent clashes, officials said.

The uncle of the boy said police first detained his nephew before shooting him at point-blank range in front of dozens of other protesters.

Police said they would investigate the uncle&39;s allegations while admitting that officers had breached normal protocol and saying they regretted the incident.

The shooting happened during a protest on the outskirts of Srinagar, the main city of Indian-administered Kashmir, against a government crackdown on separatist leaders -- the second day of violent clashes in the disputed Muslim-majority state.

"The police officer took my nephew aside and then shot him point-blank as we watched," Tariq Ahmed Sofi, the boy&39;s uncle, told AFP.

Javid Gillani, inspector general of police for the region, told AFP: "if that is true it will come out."

"We will speak to him (the boy&39;s uncle) and investigate his version of the boy&39;s killing," he added.