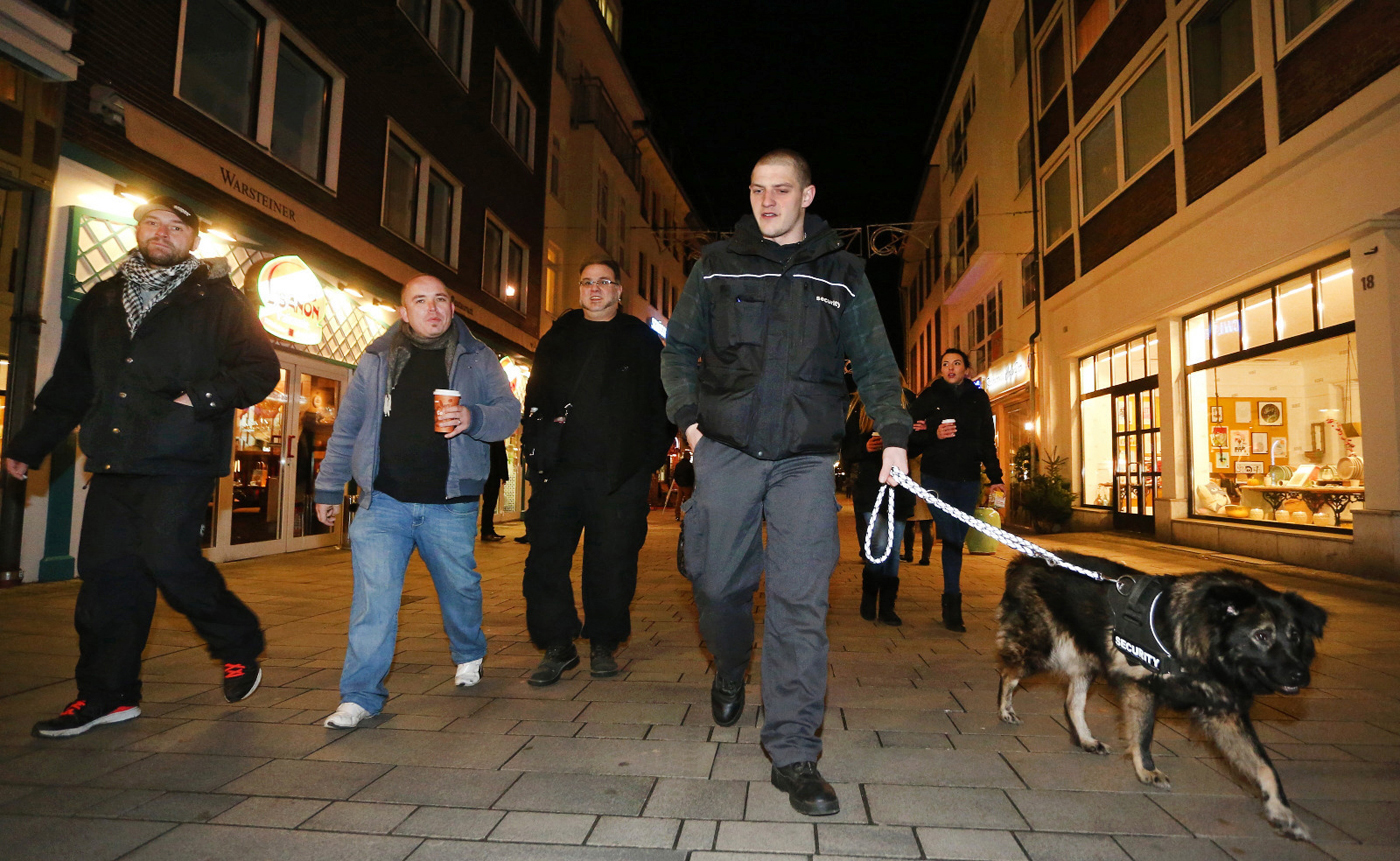 vigilante patrolling the Old City of Dusseldorf, Germany, 09 January 2016. Vigilante groups have been forming in response to the New Year's Eve assaults in Cologne

DUSSELDORF – Even 73-year-old retiree Edris says he has not been spared suspicious questions from Germans after a rash of sex assaults in Cologne blamed on North Africans.

"If there is a criminal Moroccan, it boomerangs back to all of us," said Edris, who moved to Germany from Morocco 47 years ago, adding that criminal Arabs are "pigs".

Germany&39;s Maghreb community has come under a harsh spotlight after hundreds of women were groped and robbed by mainly North African suspects on New Year&39;s Eve outside the Cologne&39;s main train station.

Only one suspect – an Algerian asylum seeker – has been arrested so far over the sex crimes and 25 Moroccans and Algerians count among the 30 suspects under investigation, police said.

"Over the last three weeks, the Maghreb community has been stigmatised like the enemy," Samy Charchira, a social worker in the western city of Duesseldorf, which is also home to the biggest number of Algerians and Moroccans in Germany.

"That has had serious consequences with people subject to verbal or physical attacks. It&39;s very worrying," said Charchira, who is also a government advisor on issues relating to Islam.

Even before the full scale of the Cologne rampage emerged, Berlin had already been watching with concern at a sudden jump in the number of Moroccan and Algerian asylum seekers in December.

The Cologne violence has only added impetus to the authorities&39; plans to bring down the numbers.

Chancellor Angela Merkel wants the North African countries to be added to a list of nations of "safe origin", meaning that their nationals would have little chance of winning asylum.

Berlin is also pressing Algiers and Rabat to take back their nationals who have failed to win asylum, so as to free up resources to deal with bona fide refugees among the nearly 1,1-million migrants who arrived in Germany last year.

Social workers lament that many in Germany now regard Moroccans and Algerians as criminals in the wake of the Cologne mle, even though the majority are upstanding citizens who have lived and worked alongside other communities in peace in Germany for decades.

The first North African migrants arrived in the 1960s to keep Germany&39;s factories running or to take on the dirty and tough job of coal mining.

Since the end of the 1980s, their profiles have changed, and many who have arrived are students.

Members of the North African community are quick to distance themselves from a handful of petty criminals who they say are sullying their reputation.

"We are unsettled," said Mohammed Aljannayi, who heads the Moroccan community association in the Cologne district of Kalk.

"Many women don&39;t trust us anymore in this district because of these people, who have acted so unconscionably that I am at a loss for words," he told Stern magazine.

Charchira said that "in Duesseldorf, it&39;s a group of 40 to 50 young men who are known" trouble-makers giving the community a bad name.

"Some are street kids in their home countries," he said, adding that "others came from Spain, Italy or France where they have resided illegally".

A 38-year-old hairdresser of Moroccan origin who declined to give his name said "these youth who have come to Germany have no future".

"Our district was normal but many things have changed now," said the man, who was born and bred in Duesseldorf.

"I don&39;t go to certain areas because I am afraid of gangs there," he said, adding that the New Year&39;s Eve chaos has "destroyed our reputation".