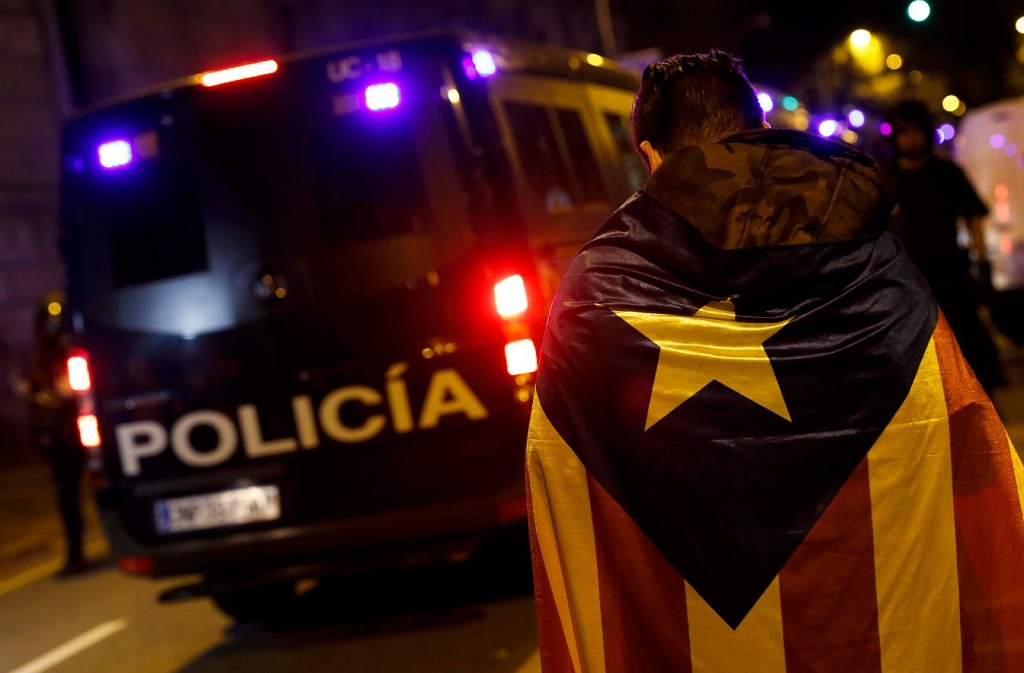 Supporters of an independence for Catalonia walks next to a police van in Barcelona on October 10, 2017.

BARCELONA - Spain enters uncharted and potentially perilous territory on Monday as Madrid moves to take over the running of Catalonia in response to the rebellious region&39;s parliament unilaterally declaring independence.

"We cannot recognise the coup d&39;etat against Catalonia, nor any of the anti-democratic decisions" by the central Spanish government, Catalonia&39;s deputy leader Oriol Junqueras, wrote in a Catalan newspaper this weekend.

It is unclear if Catalonia&39;s now ex-leader Carles Puigdemont and the rest of his sacked executive will try to go to work in Barcelona on Monday. "We will see," a spokesman for the deposed regional government told AFP.

"If they decide themselves that they are the government of the republic (of Catalonia) then we will come out and support them," a source within the separatist camp told AFP.

If they do try, Catalan police could be ordered by Madrid to stop them. Top police chiefs in Catalonia have already been replaced by Madrid. The outgoing head has urged officers to be loyal to their new superiors.

Local government offices have been ordered to remove photos of Puigdemont, a police spokesman said. Some 200,000 Catalan civil servants are now meant to take direct orders from Madrid.

Spain&39;s Foreign Minister Alfonso Dastis said it was "hard to see" how Puigdemont and the others, who prosecutors may charge with a string of offences this week, "will go on governing".

"Reality is already sinking in, will continue sinking in and they will realise that they cannot do something without the authority of law," he told Britain&39;s Sky News on Sunday.

On top of firing Catalonia&39;s government - an unprecedented step since Spain&39;s return to democracy four decades ago - Spain&39;s Prime Minister Mariano Rajoy dissolved its parliament and called 21 December elections for the region.