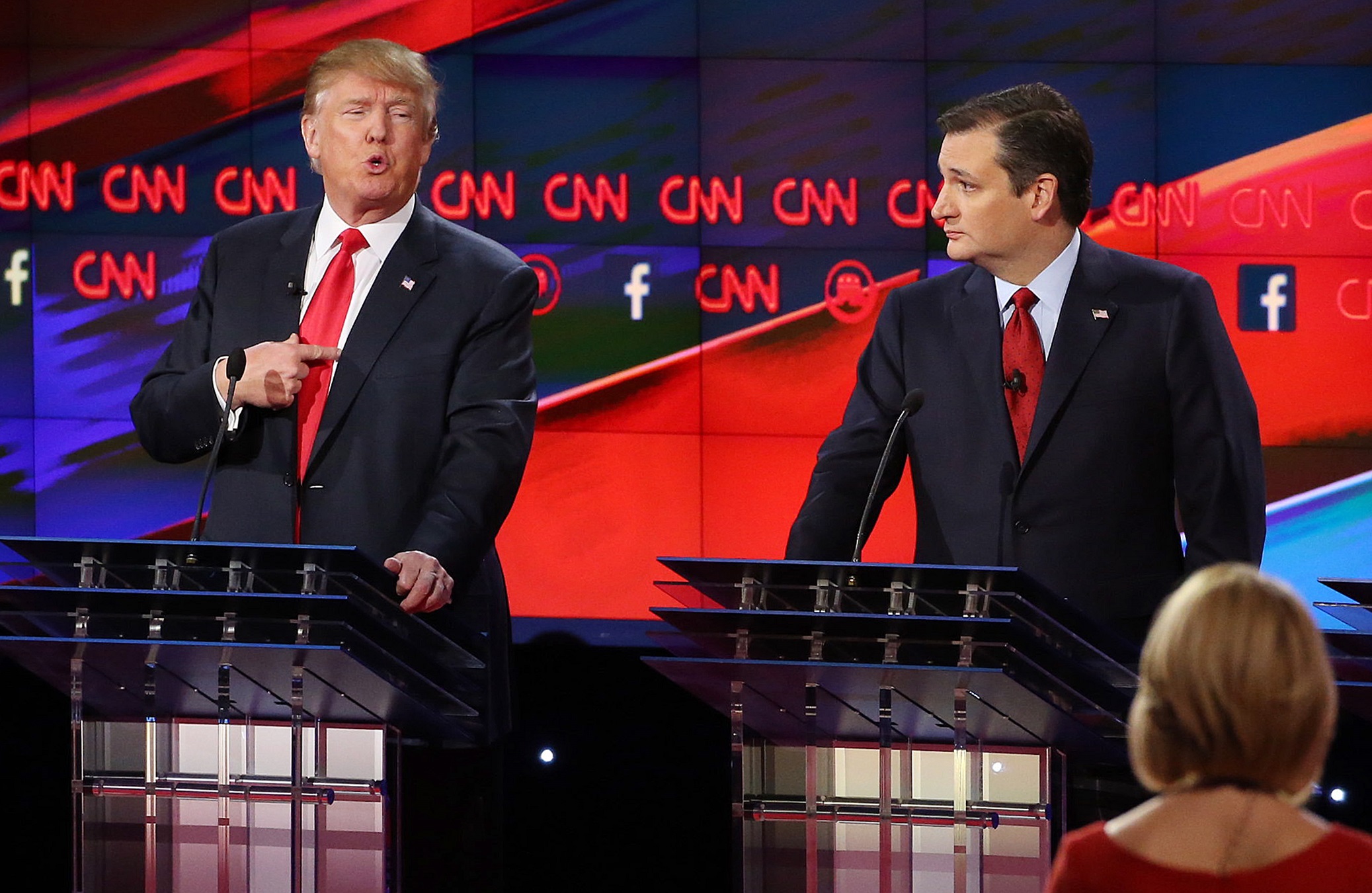 Donald Trump and Texas Senator Ted Cruz during the US Republican Presidential candidate debate. Trump and Cruz dispensed with months of niceties and locked horns in a primetime debate Thursday.

WASHINGTON – Republican White House hopeful Ted Cruz said Tuesday he was the party&39;s only hope to defeat frontrunner Donald Trump, calling on his rivals to drop out of the race.

Cruz, a US senator from Texas, scored two primary wins on Super Tuesday – in his home state and in Oklahoma. But Trump rolled to victory in six states, edging closer to locking up the Republican party&39;s presidential nomination.

Who has voted today??? Feedback from the polls? I&39;m like a kid on Christmas! SuperTuesday MakeAmericaGreatAgain pic.twitter.com/NbXpOPhisk

"So long as the field remains divided, Donald Trump&39;s path to the nomination remains more likely. And that would be a disaster for Republicans, for conservatives and for the nation," Cruz told supporters in Texas.

"After tonight, we have seen that our campaign is the only campaign that has beaten, that can beat and that will beat Donald Trump," he said.

"For the candidates who have not yet won a state, who have not racked up significant delegates, I ask you to prayerfully consider our coming together, uniting."

He also called on voters who had supported other candidates to join his camp, "standing united as one."

"That is the only way to beat Donald Trump," he warned.

Cruz and Republican rival Marco Rubio both have been frantically trying to halt Trump&39;s march toward the nomination, seeking to portray the 69-year-old real estate mogul as a non-conservative political interloper.

But so far in the night, Rubio had failed to score any victories – a bad sign for the future of his campaign.